Man on a (brewing) mission

JON UNDERWOOD wets his whistle in a town that could become the craft beer capital of Canada.

When Graham Sherman told his wife he wanted to start brewing beer in his tool shed, she said he would inevitably take it too far. 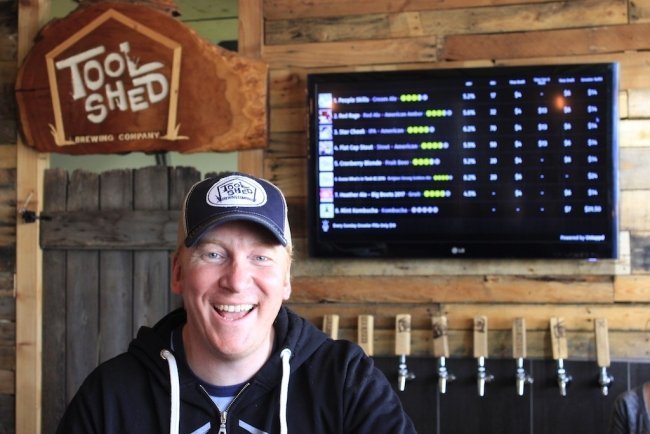 That was back in 2012 and now Graham and his partner Jeff run the highly-successful Tool Shed Brewing Company. His beers are sold in more than 1,000 locations across Canada, all lovingly produced from the duo’s 1,400-square-metre brewery in Calgary.

Not that it’s been plain brewing all the way. They almost went out of business before an ingenious idea to offer 100 people beer for life in exchange for $5,000 literally saved their barley.

“We don’t make money any more – we make beer,” Graham laughs as I sip a few of his concoctions. “We chased a dream and despite some bad times, somehow we pulled it off.”

His beers all have quirky names such as Flat Cap Stout, Papa Bam Bams, Star Cheek and Red Rage, but it is People Skills that catches my eye. It was named after a man that Graham describes as “the biggest a##hole I ever met” and they even put a picture of him on the can. They escaped a lawsuit because the gentleman’s mother apparently agreed with them.

Whatever the back story, it was smooth, light, refreshing and my favourite drop from the Tool Shed, which now produces more than a million litres a year.

“I feel I am doing my job best if you love one, like one and hate one of my beers. Our beers are not all easy drinking and some have polarising styles that you may not like.”

It’s clear that Graham considers himself something of a pathfinder for the brewing industry in Alberta and has great ambitions for his trade.

“I think Alberta has the potential to be the place to come for craft beer in Canada,” he says. I’ll drink to that.