On a street food tour of Calgary

JON UNDERWOOD takes his taste buds for a walk on a food tour of Calgary and discovers there's much more to this town than cowboys and winter sports.

If I was to say the word ‘Calgary’ to you, chances are you’d immediately conjure up images of cowboys, horses and a world famous rodeo.

More than a million people attend the 10-day Calgary Stampede every July, but it may surprise you to know that there’s another reason why people are flocking (one rung down from stampeding) to this city in the Canadian state of Alberta.

Gastronomy is the popular dish in travel right now and Calgary has wasted no time jumping on the food truck. I joined a small gang of visitors and locals on a tasting experience with Calgary Food Tours (CFT), a division of Alberta Food Tours, exploring the city’s trendy RED mile (Retail and Entertainment District). 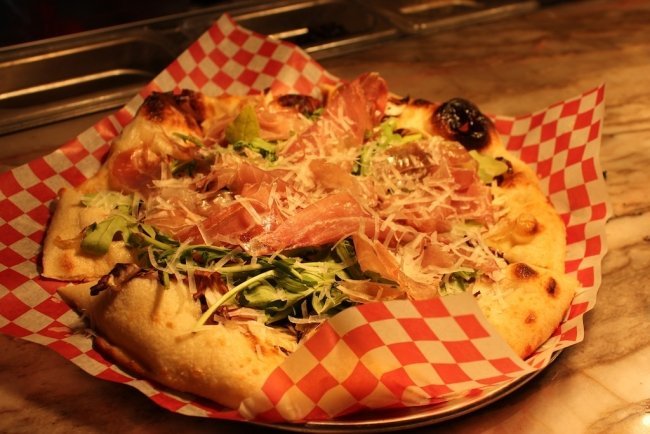 Our three-hour journey along 17 Avenue SW began at Cibo, an Italian restaurant sited in one of the oldest buildings in town that still displays some of the original terracotta bricks from a century ago. Restored and renovated for $1.8 million in industrial chic, the restaurant has an open kitchen where it produces a range of hand-made pizzas and Italian favourites that have made it a must-visit when in Calgary.

Think wild boar bacon with fennel salami, smoked pancetta and house-made sausage, or pineapple with speck, caramelised onion, arugula and pickled chilies. It might seem strange to chow down on pizza for breakfast, but it was the perfect start to our gastronomic gambols.

Marcus Purtzki is a young entrepreneur who got his big break in the basement of a local cheese vendor. Like a scientist working with various chemicals, Marcus experimented with flavours for ice cream. 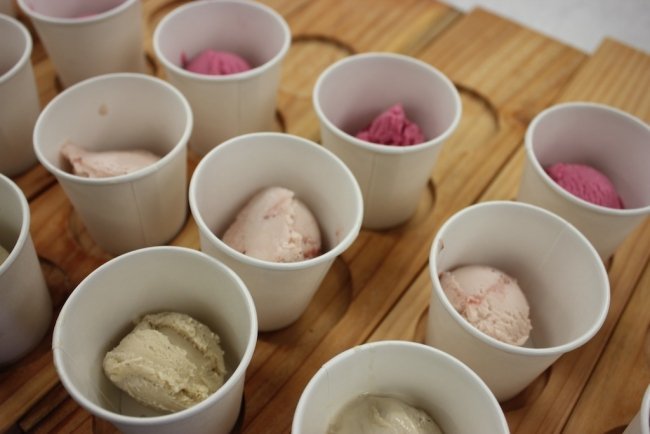 In 2016, he opened Made by Marcus, a microcreamery that offers Calgarians and visitors some delectable concoctions.

The beauty of a tour with CFT is that you get to meet the owners in situ and so it was Marcus who took us through the selection placed before us. Everything is made on the premises and consists of locally-sourced ingredients, including beetroot and carrots (don’t worry, tastes better than it sounds).

While lemon curd blueberry is a fans’ favourite, guests can pick from such lip-smackers as boozy eggnog, chestnut rosemary bar nuts, roasted strawberry buttermilk and coffee cuban cigar. They also do a range of sundaes, ice cream cakes and macarons, which Marcus first started making back in the days of the cheese store basement.

But if we’re talking sweet treats, then Ollia is Calgary’s first boutique macaron patisserie run by a husband and wife team. I met co-owner David Rousseau, who uses family secrets from his native France and is happy to pass those on during the cooking classes that he runs to help people master macaron making. 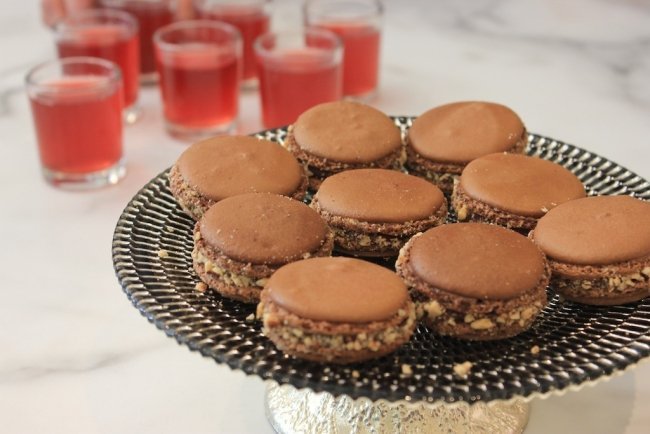 There’s a mixture of sweet and savoury treats on offer, including chocolate peanut butter, lavender and honey, crème brulee and earl grey, washed down with in-house infused organic teas, such as hibiscus and peach.

While most of the establishments featured on the CFT tour are easy to find, I challenge any visitor to locate Frenchie, a speak easy-style wine bar hidden behind UNA’s Pizza +Wine. With space for only 15 patrons, it can get quite cosy but the in-house charcuterie is delicious, especially when washed down with a drop from the ever-changing wine list.

It was a great spot to stop and reflect on the culinary smorgasbord that Calgary now offers.

Due to time constraints, I wasn't able to complete the last two stops on the tour.