While visiting historic old-world walled cities may be de rigueur for travellers to Europe, they’re much harder to find in North America. In fact there’s just one - which makes any visit to French Canada’s Quebec City all the more extraordinary. 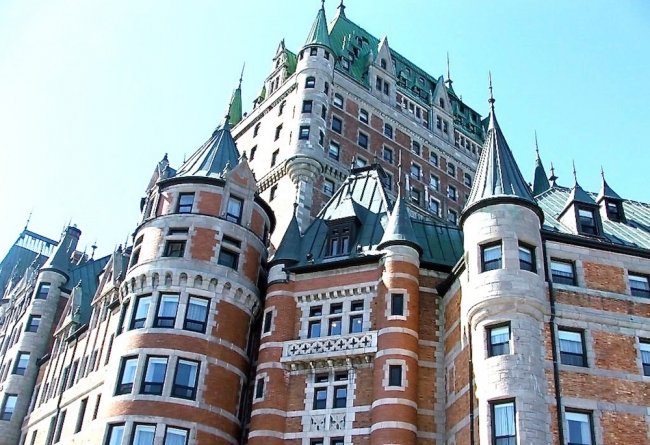 Our first evening in Quebec City is drizzling with rain. Standing under the imposing portico of our hotel, Fairmont’s Le Chateau Frontenac, you could well be forgiven for thinking you’d just stepped back in time to 17th century Europe. The rain drips from the turrets and spires of the old city onto the lamp-lit cobbled streets. The wheels of a horse-drawn carriage rattle in the distance. Shadowy figures dart down dimly lit passages in an attempt to keep dry. The silhouette of the chateau roofline looms large in the cloudy night sky.

Welcome to North America’s only walled city, well on par with the fortified metropolises of Europe including York, Rothenberg, Dubrovnik and Bruges. This is the very heartland of French-Canada. Quebec City is a perfectly preserved Francophile stronghold, where the oldest buildings date back to the 1600s and French is the fiercely protected first language. If you only have a few days to explore Quebec City and its surrounds, here are some of the highlights that you shouldn’t miss. 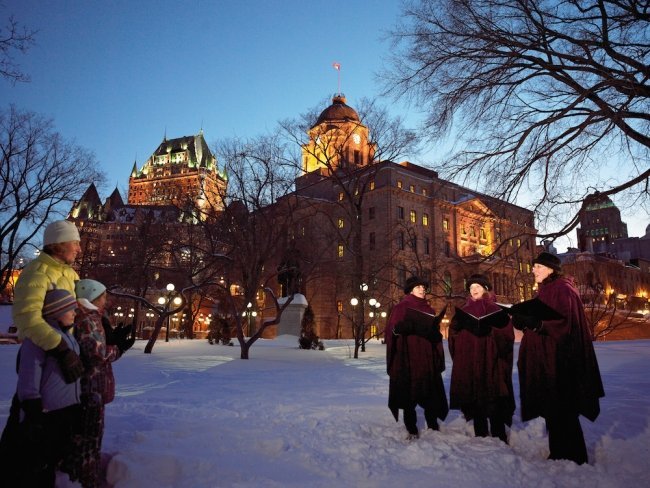 UNESCO World Heritage listed Old Quebec is an enchanting place. One of the best ways to explore the old city is just to wander the labyrinth of winding streets and laneways within the city walls, stretching from the upper old town down to the bustling waterfront along the St Lawrence River. There are quaint bistros and cafes, artist’s garrets, postcard-perfect churchyards and eclectic museums to enjoy.

The aforementioned Le Chateau Frontenac is a history lesson in itself and definitely worth splashing out on during your stay, at least for a night or two. Billed as the most photographed hotel in the world, the château is named after the flamboyant French Governor, the Comte de Frontenac, who ruled New France (now modern day Canada) from 1672 to 1698.  At just over a century old, Le Chateau Frontenac owes its heritage to the Canadian Pacific Railway, which built a string of these luxury hotels across the country to promote domestic train travel and accommodate their passengers. The central tower is visible from all over the city. Completed in 1893, the architecture is reminiscent of the great French palaces of Versailles and the Louvre, with opulent interiors and ornate gold finishes. The haughty French-speaking waiters only add to the experience. 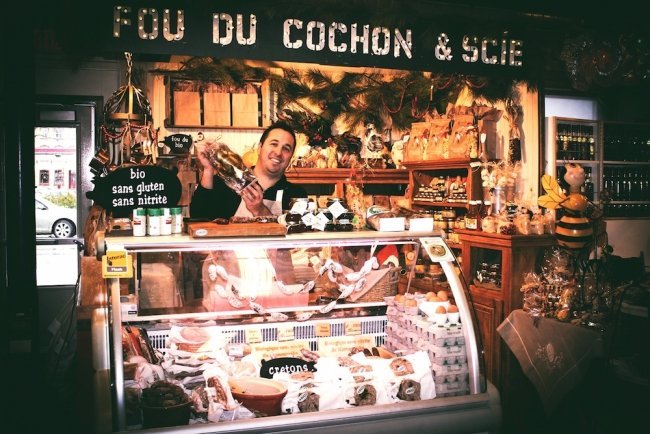 With temperatures plummeting as low as minus 13 degrees in winter, traditional Quebecois cuisine is understandably hearty and definitely designed to warm the cockles. There are hundreds of restaurants in the old city to try, but definitely pay a visit to Aux Anciennes Canadiens. Housed in the city’s oldest surviving residential building (built in 1675), this fabulous restaurant is packed with memorabilia and continues to serve a traditional menu. The floors creak and the ceiling is low, but this place is a must.  Try the amazing game meat pie.

As food experiences go, one of the less auspicious ones you’re likely to come across in your travels is poutine. But as Canada’s unofficial national dish it would be rude to come all this way and not give it a try. With poutine’s origins firmly in French Canada, Quebec is certainly the place to do it. Besides –  chips, gravy and cheese curd all mixed together in one gooey lump of goodness. What’s not to love?

You’ll have enough on your plate (so to speak) with the dining options on offer in the city, but if you do venture out into the countryside, pay a visit to Chez Marie’s boulangerie. Housed in a stone barn built in 1652, Chez Marie bakes their bread in a traditional 150 year-old stone oven. It’s then smeared with delicious homemade maple butter. Sensational! 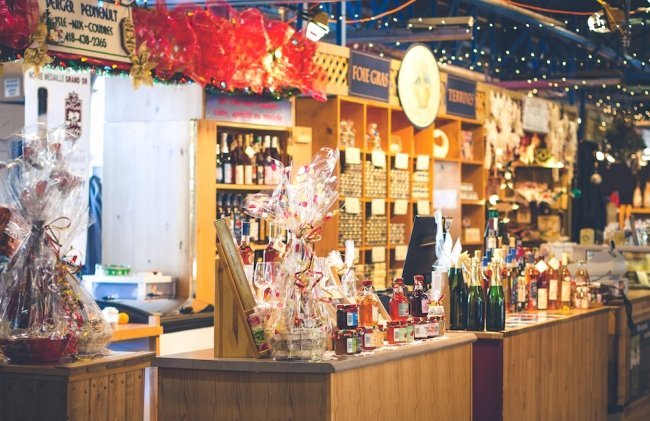 Quebec City’s markets are superb at any time of the year, but if you decide to brave the cold, the winter markets are absolutely enthralling. Mulled wine and roasted chestnuts are the order of the day as the snowflakes gently fall. You get the idea. There are generally three Christmas markets in or around Quebec City – the German Market held in the square in front of City Hall, the Old Port Market on the riverfront and the Jacques Cartier regional Christmas market which is within easy reach of the city. The Old Port Market operates all year as a farmers’ market and is the spot to try a fabulous range of locally produced foodstuffs (including some of the best poutine in town!). For bargain hunters, Quebec’s largest flea market – the Marché aux Puces Jean-Talon – is also an easy trip from the old city. It’s indoors and operates seven days a week. 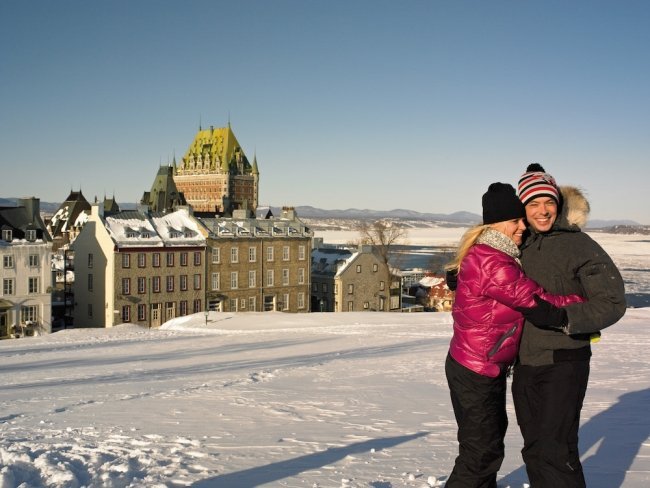 There’s a whole lot to see outside Quebec City and the Quebec countryside is breathtaking. So it’s well worth grabbing a hire car and heading out from the city along the St Lawrence River in either direction. Northeast you’ll come across Montmorency Falls, which are almost 30 metres higher than Niagara Falls down south. There’s a gondola ride if you’re interested, but the views from the visitor’s centre are pretty spectacular anyway.

Further on is the Church of Saint Anne of Beaupré, which has been the site of numerous miracles over the years. Whatever your beliefs, this neo-Roman style cathedral is spectacular and worth a visit. Double back towards Quebec City to Chez Marie’s boulangerie as mentioned.

In the opposite direction along the St Lawrence is the Chemin du Roy – Canada’s oldest highway, which was built to link the city and various riverside villages with Montreal. The drive is beautiful but it’s a slow trip – one-way to Montreal will take around five hours (you can do it in under three on the freeway if you prefer). 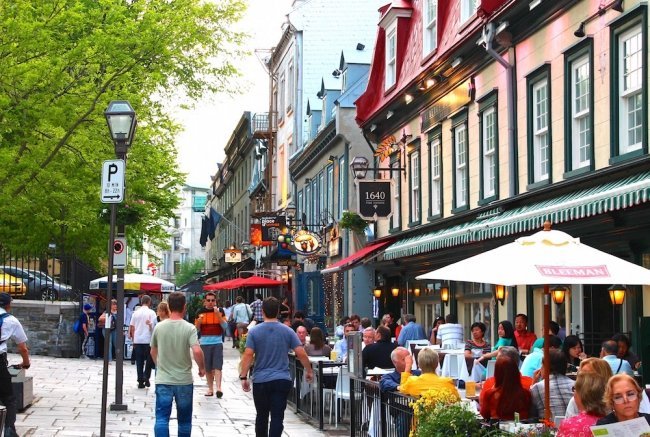 Back in Quebec City and there are numerous museums and monuments to explore. But if that sounds far too much like hard work, then take a leaf out the locals’ book. Find a park bench or café, relax and just soak up the joie de vivre. There’s something in that for all of us.

Adam Ford is host of Tour the World on Network Ten – www.tourtheworld.com.au - and editor of The Big Bus tour and travel guide – www.thebigbus.com.au.

Adam travelled to Quebec City as a guest of Evergreen Tours.