A taste of Chile

Traveltalk's JON UNDERWOOD crosses one off his bucketlist.

There’s something extremely satisfying about ticking off a city from your destinational bucket list. But when you also get to visit a new continent at the same time, well that’s a whole new kettle of pescado. 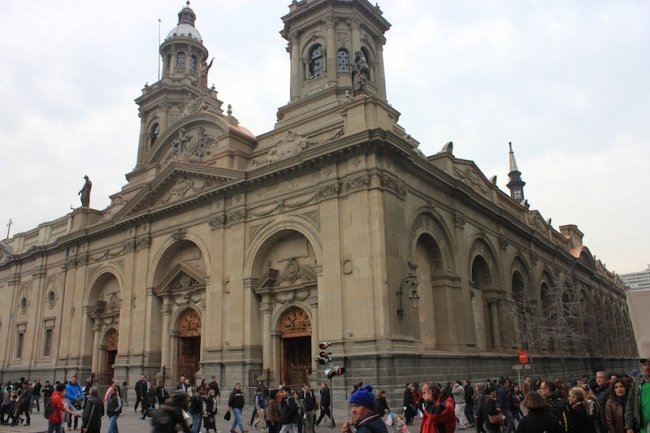 Both were achieved the moment I stepped off my extremely comfortable direct Qantas flight from Sydney to Santiago in Chile. The country is making big strides in attracting more tourists and is one of the ‘hot’ destinations in world travel. The fact it was also my first visit to South America was just an added bonus.

Chile’s capital was founded in 1541, is made up of 37 districts and is now home to some 4.5 million people. That kind of density puts tremendous strains on infrastructure and Santiago is undergoing a major transformation.

A new international airport is planned to cope with the 15 million visitors Chile is hoping to attract within the next decade, new roads and rail links are being built to cope with the extra traffic and there’s a buzz about the place that is hard to ignore. Even Michelle Bachelet, the President of Chile, has been known to come to work on the subway.

The only drawback to all this construction is that it makes the current traffic situation a little congested (big companies are being encouraged to sponsor a free city bicycle program) but thankfully there are plenty of places to get out and stroll around this modern, thriving city. Parks are plentiful and contain some interesting street art, there are loads of good restaurants and bars, and on the Alonso de Cordova – the Rodeo Drive of Santiago – you can shop at designer stores.

Highlights of our city tour included the Mercado Central, a building that was imported and put together piece by piece from Glasgow in the 19 th century. It’s an impressive structure and is home to the city’s main fish market, along with speciality stores and a number of good seafood restaurants.

The Metropolitan Cathedral and the Presidential Palace are also worth a look while the Museum of Contemporary Art can be found near Parque Forrestal, the main park in downtown Santiago. Visitors are also encouraged to visit the upmarket and slightly Bohemian district of Vitacura, with its eclectic mix of bars, restaurants and nightclubs.

With Chile’s growing reputation for being a food and wine destination, we were keen to try some local fare so headed to the popular Divertimento Chileno restaurant in the main Metropolitan Park in the city. Here we joined enthusiastic locals snacking on deep fried pastries filled with beef and cheese, pork ribs, salmon, crepes and home-made ice-cream.

Santiago is, like the country itself, a place on the move. It will be interesting to see what it looks like a few years down the track when most of the infrastructure developments have been completed. While some may be inconvenienced at the moment, it is unlikely future tourists or Santiago’s residents will be the losers.