A date with disaster: exploring Chernobyl

It’s probably on few bucket lists, but as JIM GILL, Tour Leader for Travel Directors reports, a visit to Chernobyl is certainly unique.

As 'alternative' daytrips go, there are surely few in the world that can match this one.

We have driven, by choice, 100 kilometres out of the Ukrainian capital of Kiev to the site of the world’s worst nuclear disaster, Chernobyl. 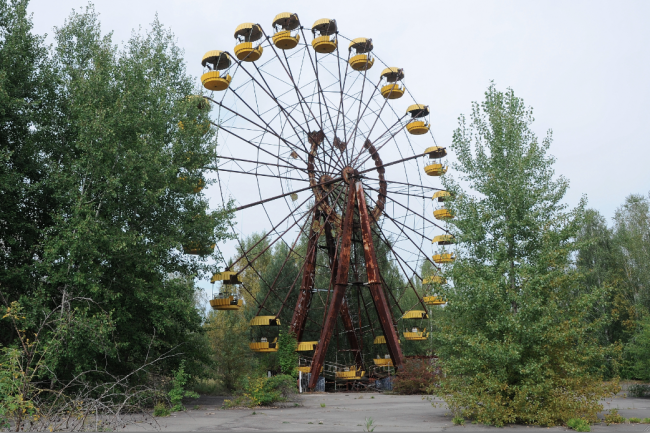 On 26 April, 1986, the lid blew off Reactor 4 at the V.I. Lenin Nuclear Power Station in the Ukrainian countryside, spewing plumes of deadly radioactive gas into the atmosphere.

The nearby city of Pripyat, specially built to house the nuclear plant’s workers and their families, was evacuated. Some 45,000 residents were given an hour’s notice to grab absolute essentials and were shipped out on 1,000 buses. They were told it was a temporary measure and they would return in three days. They never went back.

Walking through the streets of Pripyat 30 years later is an eerie and unsettling experience. It is a ghost town, its apartment blocks, schools, shops and hotels crumbling and overgrown with vegetation.

Around a corner the group comes to a most poignant sight – the abandoned amusement park, which was due to open just a few days after the disaster in time for the big May Day celebrations. 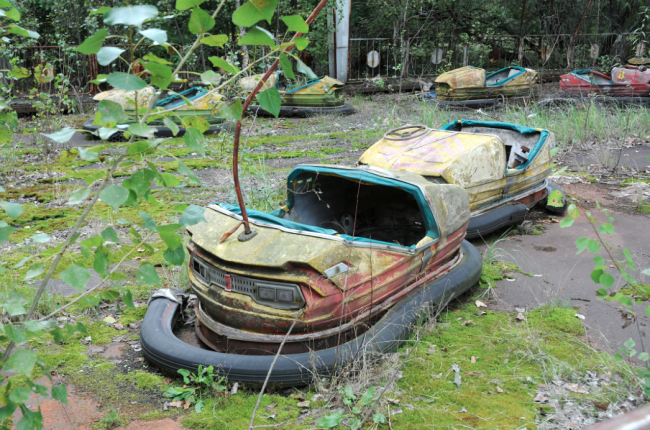 The scene is almost surreal, as if we have stepped onto the set of a post-apocalyptic Hollywood movie. On the left is the dodgem car arcade, a rusted shell with a number of small, brightly painted bumper cars lying static, as if their drivers have just scampered away.

The group also visited the actual site of the disaster and, from a distance of 200metres, stared at the two tall chimneys emerging from the roof of the vast sarcophagus encasing the stricken plant and preventing radiation leaking into the now-normalised atmosphere.

Almost a week after the visit and despite having since visited the magnificent cathedrals and grand mansions of Kiev, the chatter within the group was still all about Chernobyl. It is an utterly fascinating, though small part of our ‘Beyond the Black Sea’ tour to Ukraine, Moldova, Romania and Bulgaria.