Famil report: There's a sting in this tale

A group of agents ventured into Ecuador’s interior recently and discovered an extraordinary ecosystem boasting Amazonian jungle, mountains and some of the planet’s most curious wildlife.

The tour began in Quito, once the northern hub of the Inca Empire, from where the group flew into the heart of the Amazon for a three-night voyage down the Napo River on Manatee Amazon Explorer. 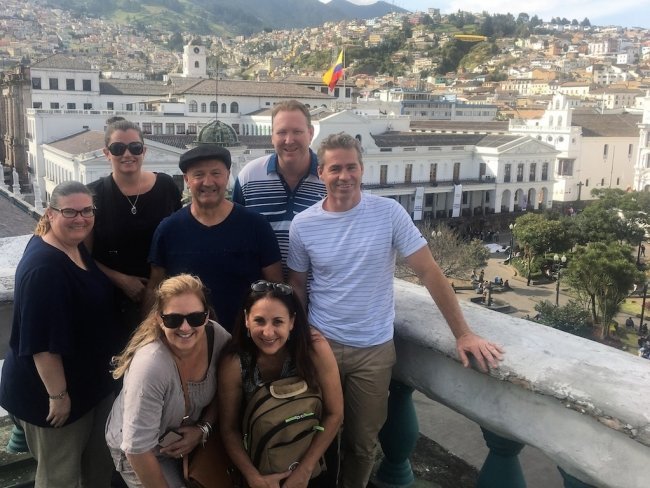 There to greet them were monkeys, sloths, toucans, macaws and even some notoriously shy pink Amazon dolphins. A few brave souls even dipped their feet into Lake Piranha and had their toes duly nibbled by the curious – but thankfully not too hungry – inhabitants. However, not all the locals were as obliging.

“At one point on a jungle trek we accidentally disturbed some ground-nesting bees,” said Christian Hunter, Managing Director of Travellers Choice.

“They weren’t very happy with us and a couple of agents felt their wrath, one being stung on the nose. Luckily the bites weren’t too painful – they just swelled and proved a bit itchy.”

The Gold Choice Award winners then boarded a lovingly-restored, antique steam locomotive for the ‘Train of Wonders’, a luxurious journey from the Andes to the Pacific coast.

Along the way they navigated the Avenue of Volcanoes, stayed at charming Haciendas (ranches) and descended the mythical Devil’s Nose pass (one of the steepest stretches of railway in the world).

“What was most memorable about the journey was the sheer diversity of Ecuador’s landscapes,” said Hunter. “The variety of ecosystems is remarkable and most people don’t realise there is so much more to the country, all of which can easily be incorporated into a Galapagos trip.”

Each year 30 Travellers Choice members are awarded Gold, Silver or Bronze Choice Awards, with winners determined by the level of support they provide the network’s preferred suppliers.