Australia is one of seven markets being targeted by Ecuador’s new international tourism campaign, aimed at transitioning the country from a boutique destination into a mainstream one in South America. 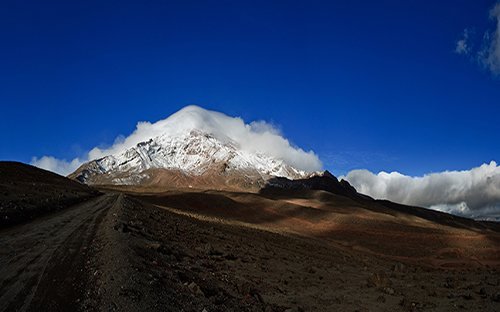 Mt Chimborazo in Ecuador, the highest point on Earth to the sun

Based on the Beatles hit All You Need is Love, which the Ecuador Ministry of Tourism paid the rights to use,the campaign is tilted ‘All You Need is Ecuador’ and targets the US, Canada, UK, Germany, Brazil, Japan and Australia.

Although launched last year, phase two of the campaign began earlier this month at a cost of $A11.6 million and invites travellers to disconnect from the digital world and get amongst Ecuador’s cultural, historical and scenic attractions to ‘feel again’.

Straddling the equator on South America’s west coast next to Peru, Ecuador attracted a record 1.5 million international visitors in 2015 – a 12.3 per cent increase on 2013 – with overseas arrivals up 10.9 per cent in the first four months of 2015.

Through a program of press, TV, billboard and digital advertising, as well as below-the-line activations, the ‘All You Need is Ecuador’ campaign aims to make the country’s $A1.9 billion tourism industry the nation’s major source of non-oil revenue by 2017.

According to Peter Power, Australian Manager of AVIAREPS which was appointed last month to represent Ecuador Tourism in Australia and Asia, the aim of the campaign’s new phase is to encourage travellers to emotionally connect with the country’s diverse, multisensory experiences.

“The campaign encourages people to visit Ecuador to feel emotions like wonder, curiosity, passion and love.

“Just eight per cent bigger than Victoria, Ecuador offers an incredible diversity of experiences from the snow-capped volcanoes of the Andes and the jungles of the Amazon to tropical beaches on the Pacific coast and the amazing Galapagos Islands – four very differing worlds all in one compact place.”

For Australians, the destination has historically been considered exotic yet relatively unknown. Associated most commonly with the wildlife-rich Galapagos Islands, the country is now spending 10 times more on tourism marketing than it did a decade ago.

“More luxury, adventure, cruise, rail and culinary products are now coming on line in Ecuador as well as infrastructure for conference and incentive groups to meet demand,” Power said.