Egypt holidays could be back, in a big way

Bunnik Tours has been forced to add extra departure dates to Egypt for the first time since the 2011 revolution. 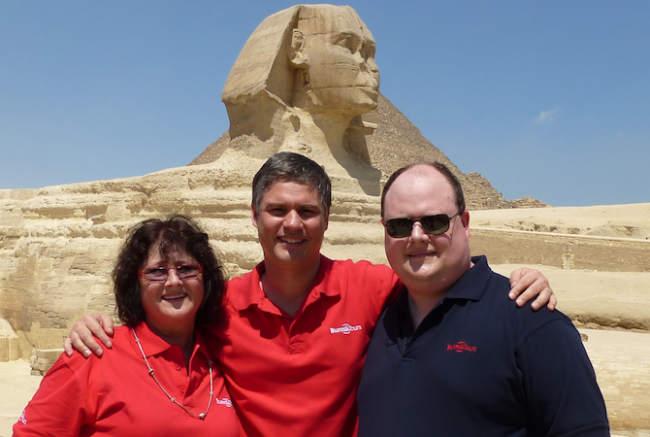 “Our forward sales for Egypt are the strongest they have been in five years and a number of departures in March and May 2017 are fully booked,” said company founder Marion Bunnik.

The company has been running tours to Egypt and the Middle East for more than 11 years and has looked after more than 800 small group tours and thousands of inspired Australian travellers.

“Unlike most operators, Bunnik Tours never left Egypt – it’ s a destination that is very close to our hearts and the fact that we have continued to support the Egyptian people is reflected in the experiences our clients have,” added Marion.

“Our Egyptologists really bring the ancient stones to life whilst at the same time share the modern culture of Egypt.”

The new dates are for the ‘ Egypt in Depth’ and ‘ Egypt & Jordan in Depth’ tours, which include a luxury, four-night Nile Cruise and a visit to the site of Abu Simbel.

“We are so convinced this is the right time to go, that we offer a 100 per cent money back guarantee, should we need to cancel a tour, or should the Government issue a ‘ do not travel’  warning for general tourism in Egypt.”

Have you considered travelling to Egypt?