MARK HARADA grabs a ticket to ride across The Beatles universe in Liverpool - and loves it (yeah, yeah, yeah). 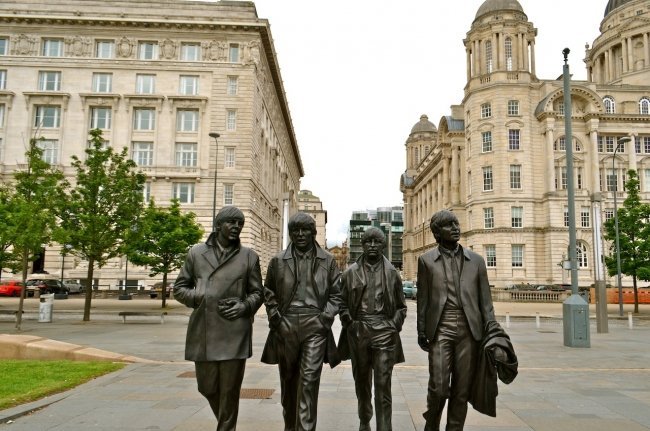 The Beatles statue at Pier Head, unveiled in 2015

George Martin was often labelled the fifth Beatle for his work as producer on nearly all of The Beatles’ music; the band’s long-time manager, Brian Epstein, was also called the fifth Beatle, as was original drummer Pete Best (and a host of others). But if George, Brian and Pete et al were all contenders for the title of the fifth Beatle, the town that gave birth to the band and featured in much of its work, Liverpool, could surely be its sixth member.

Songs like Penny Lane, Strawberry Fields and Eleanor Rigby are some of the band’s most well known, and the sights that inspired the sounds have attracted tourists for decades. 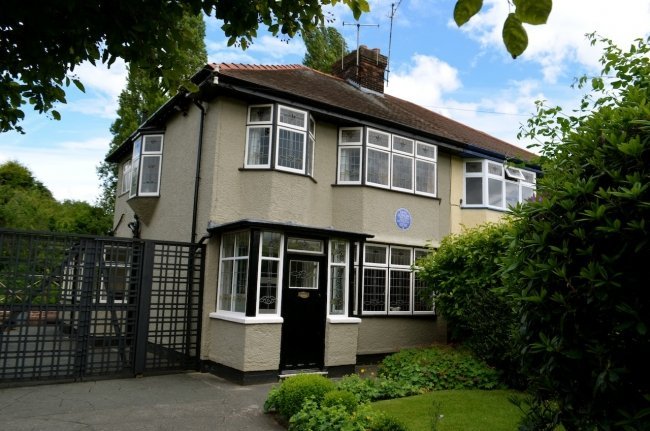 The easiest way to get your Beatles fix in Liverpool is to join the Magical Mystery Tour, which for two hours guides visitors through the city’s Fab Four-related sites, of which there are plenty. Among other places of note, the tour takes visitors to the childhood homes of John and Paul, the former schools of all of The Beatles, and of course the aforementioned Penny Lane and Strawberry Fields, before winding up at the legendary Cavern Club.

Located on famous Mathew St, the Cavern Club is where the band cut its teeth playing some 300 shows between early 1961 and mid-1963. And it’s still a working club, albeit one that backs as a museum too. Hang around a while, and you’ll catch a Beatles tribute band or any number of original acts. Your entry fee is included in your MMT ticket. 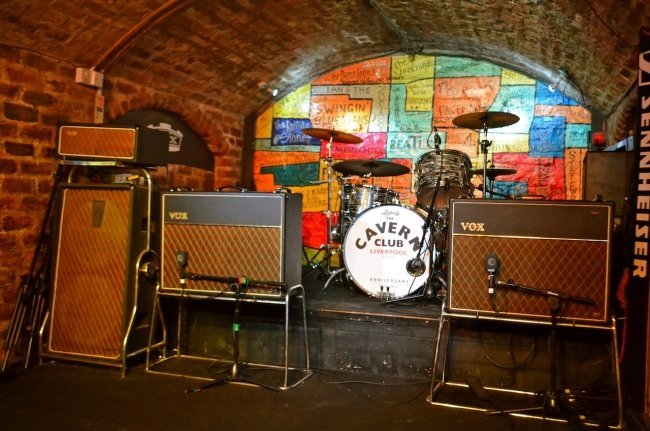 Down on Liverpool’s UNESCO World Heritage waterfront, at Albert Dock, is the world’s largest permanent Beatles exhibition, The Beatles Story.

With John’s sister Julia on the audio guide, guests are taken on a journey through the life and times of the band, from the members formative years right through to their respective solo careers.

Among recreations of the Abbey Road studios, Casbah Coffee Club, a Yellow Submarine and even plane seats (where guests can follow The Beatles on their first trip Stateside), memorabilia is all over, from rare photographs and records to Sgt Peppers outfits, John’s Imagine glasses, and a lot of guitars (including George’s first axe). 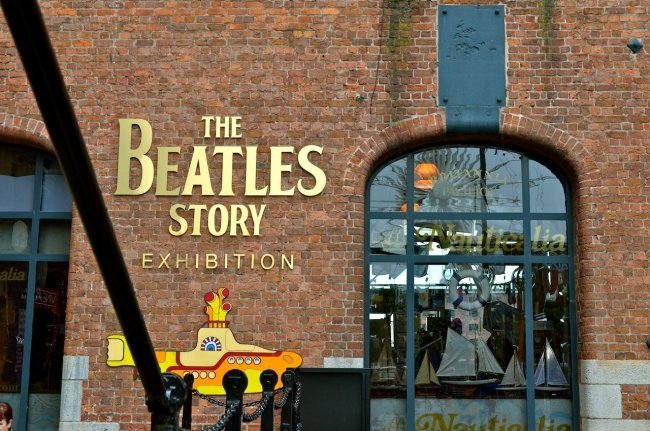 And of course, music rings throughout the experience, accompanying other ambient sounds (like the ubiquitous screams that followed the band).

Another highlight is the interactive Discovery Zone for kids, and afterwards, the awesome Fab4 Store (where you’ll find it incredibly hard not to walk away empty handed).

The museum is also constantly evolving with new memorabilia and displays, like ‘The Beatles in India’ exhibition in 2018, so just like the band’s tunes, it'll always stay relevant.

The Liverpool hotel The Beatles would have named in a song 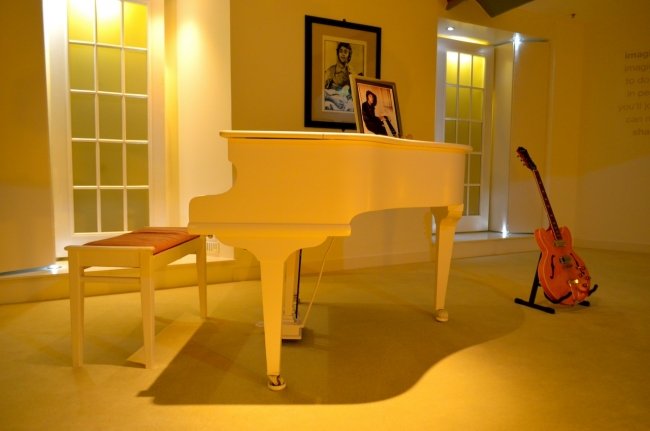 No need to Imagine here

At nearby Pier Head, The British Invasion at The Beatles Story chronicles how UK beat groups conquered the US Billboard charts in the 1960s and 70s. But it isn't all bout the Brits here. Aside from memorabilia like Keith Moon’s (The Who) drum-kit and rare pics of The Rolling Stones, there’s plenty of American items as befits the museum’s co-curation by LA’s GRAMMY Museum, including Supremes dresses, James Brown's jumpsuit and The Beach Boys Handwritten "God Only Knows" lyrics.

Within a stone’s throw of this, almost hidden on the ground floor of the historic Cunard building, lies The British Music Experience. Recently opened (in early 2017), the experience documents British musical heritage from WW2 in an aptly grandiose space, beginning with British jazz and skiffle through the glory days of the 60s and 70s and eventually onto modern day giants like Adele and Coldplay. There is an audio guide available, but with audio touch points throughout and constantly changing music over the PA (and even a holographic performance by Boy George), you may not wear it much. 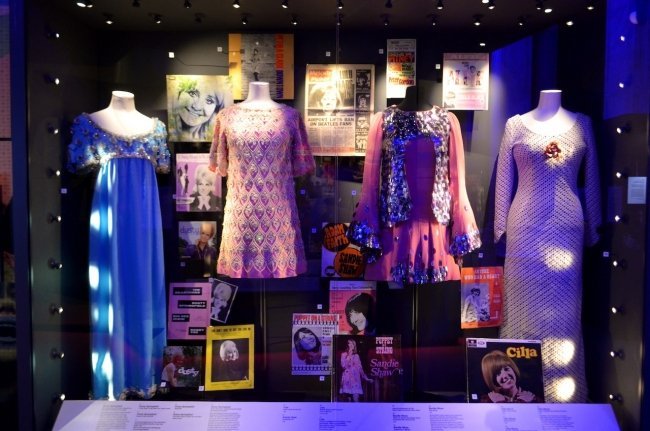 As well as being interactive, with features like a hands-on US versus UK musical timeline, the museum contains a ridiculous amount of artefacts, including David Bowie, Jimi Hendrix and Stones outfits, as well as original Queen and Oasis lyrics, and much more. Whether you’re into The Smiths or The Small Faces, Ed Sheeran or The Spice Girls, you’ll undoubtedly find something that resonates here.

But arguably the coolest part of the experience is the Gibson Brands Interactive Studios. If you love to strum on a guitar or bang on the (electric) drums, no matter your ability, be prepared to spend a lot of time here. 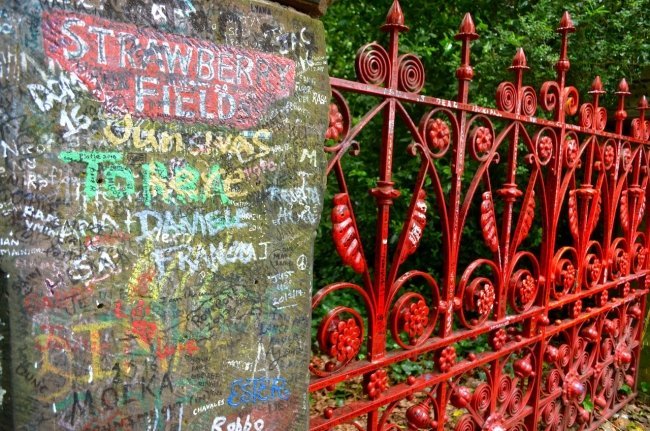 The writer stayed at the Hope Street Hotel and travelled to Liverpool with the help of DriveAway Holidays.

Read more about our DriveAway Holidays experience: Lunch at John Lennon’s place and other reasons to DriveAway.