Jamie Dornan could probably film the next Fifty Shades instalment at Stonehenge given this man's take on the mystery behind the stones. 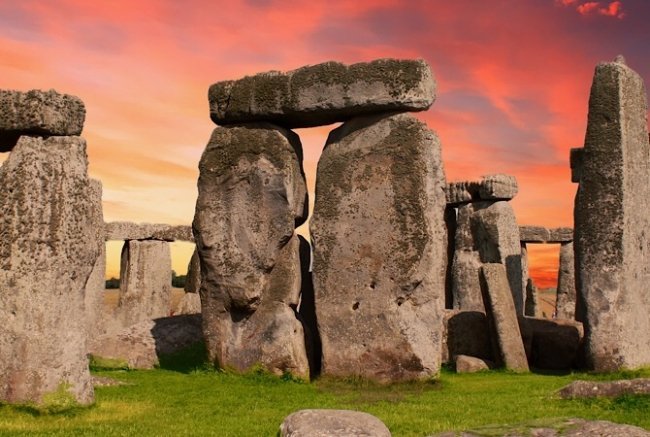 It is one of world’s most famous prehistoric monuments and one of England’s most recognisable sites, but it’s very reason for being remains a mystery.

Some claim it has something to do with burials, others are more general and simply suggest it was/is a significant spiritual site. And of course, there are the Doctor Who fans who would direct you to a couple of episodes about something called a Pandorica.

But according to archaeologist Professor Terance Meaden, Stonehenge was ‘erected’ to cast penis-shaped shadows on ritually important days.

“My basic discovery is that many stone circles were built at a time of a fertility religion, and that stones were positioned such that at sunrise on auspicious dates of the year phallic shadows would be cast from a male-symbolic stone to a waiting female-symbolic stone,” Meaden told the UK Telegraph.

According to Meaden, the famed Heel Stone creates a phallic shadow which on certain days during the summer solstice, penetrates the great monument before arriving at the Altar Stone. Yep, this is prehistoric pornography at its slowest.

Meaden has failed to convince everyone of his very ‘adult’ Stonehenge solution, with Professor Mike Paker-Pearson from University College London saying, “Why would phalli have lintels on top? It’s just bonkers.”

For those of you playing at home, a lintel in this case is the horizontal stone that rests on top of two vertical stones and is possibly a form of prehistoric contraception.

Bonkers or not, you can now impress your friends with this version of history. Just make sure the kids are  in another room.