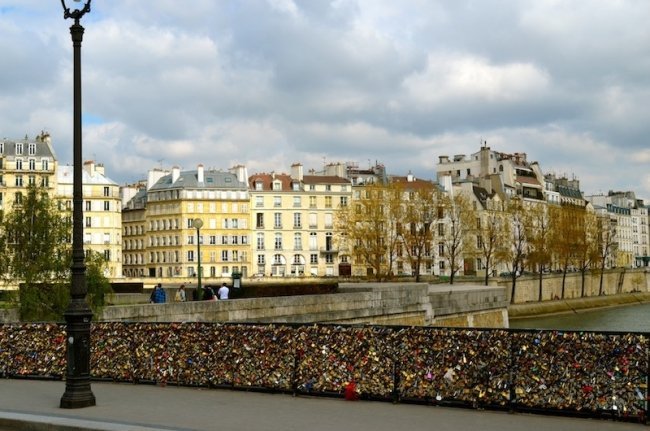 It’s considered by many to be a romantic gesture. For some, it’s almost a tourist attraction in its own right.

But fed-up Parisians are now calling on local authorities to ban the practice of securing ‘love locks’ to tourist sites in Paris, in particular to its bridges.

The issue gathered steam after a side barrier on the historic Pont des Arts footbridge in the City of Love recently collapsed under the load of its locks, which had taken the weight of the fallen panel to an estimated 700 kilograms.

Fortunately, the panel had collapsed inwards and onto the bridge, and not into the river where tour boats often travel, the UK Telegraph reported.

But, safety issues aside, it seems many Parisians are now becoming sick and tired of the habit, which has been likened to vandalism.

"It can never be OK to vandalise the cultural heritage of a city," said Lisa Anselmo, co-founder of the ‘No Love Locks’ movement, which was created early this year, and whose online petition has garnered nearly 7,000 signatures since March.

“Not preserving heritage because of tourism is silly. Enough is enough, Parisians should not be sacrificed for tourists.”

According to the Telegraph, despite many tourists believing the practice to be a Parisian tradition, the first locks appeared only as recently as 2008. But the habit has now expanded to include 11 bridges over the Seine, where there are an estimated 700,000 locks on its overpasses.

With the fad now out of hand, Anselmo says the only way to change behavior is by taking extreme measures.

"Ban it, remove the locks, fine tourists," she said.

It has already happened in Florence, so why not in Paris?

Do you think love-locks should be banned? How else could couples express their feelings for one another?