Tempo Holidays recently escorted a number of Travellers Choice members to the sunny islands of Greece, with flights provided by Emirates, as part of a famil designed to uncover the nuances of a number of different islands. 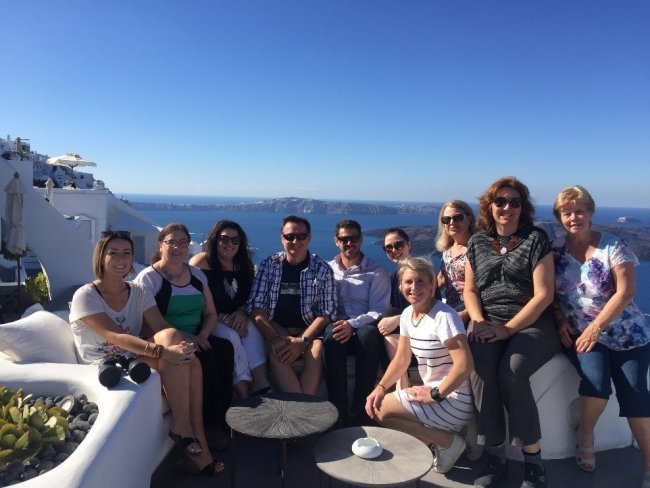 With the popularity of Greece as a holiday destination in the Australian market, the famil allowed Travellers Choice members the opportunity to explore the destination as opposed to a focus on hotel inspections.

Top selling agents, for both Tempo and Emirates, over a designated incentive period were rewarded with the famil. For nine days agents experienced firsthand the islands Santorini, Naxos and Paros, as well as the cosmopolitan city Athens.

While in Santorini, visits to the most important villages Profitis Ilias mountain and Megalochori, ensured a true cultural experience as well as a striking view of the entire island. Agents also paid a visit to Santorini’s most famous beaches, one with red sand the other with black.

Next agents explored both Naxos and Paros with a tour of each island. This included a visit to a number of different villages in Naxos, and a tour through Paros' old town discovering architecture from a 13th century Venetian castle to traditional Cycladic buildings.

The famil concluded in Athens after a city tour which illustrated the striking contrasts that make Athens such a fascinating city.

Both Travellers Choice members and Tempo representatives alike found the famil to be both valuable and insightful.