For those dreading having to whip out the woollen socks and rug up for the winter ahead, why not say ‘aloha’ to Hawaii instead; it’s the perfect getaway that’s just about to enter its prime summer season.

But the temperature’s not the only thing on the rise in this island paradise, so too is the demand for escorted coach touring with Globus reporting Hawaii sales have tripled in the past year. As far as tropical ‘vacays’ go, you can’t ask for much more than what Hawaii’s serving up – we’re talking spectacular waterfalls surrounded by lush jungle, endless white-sand beaches, ancient cultural traditions and an infinite supply of brightly coloured cocktails (yes, they come with an umbrella).

According to Chris Fundell, Globus National Marketing Manager, travellers are increasingly looking to tour Hawaii via coach, with Globus’ Hawaiian bookings having seen considerable growth in the past year and showing no signs of slowing down.

“With so much beauty and unforgettable adventures to be had, it’s no surprise interest in Hawaii is continuing to rise, but what we’re finding is that most travellers don’t really know where to start – and that’s where Globus comes in,” he said.

“As a world leader in travel and celebrating its milestone 90th birthday this year, Globus knows exactly how to craft and curate the perfect tour.”

Globus offers three spectacular itineraries that shine a spotlight on Hawaii’s most popular islands, including Oahu, Hawaii, Maui and Kauai, with the 10-day ‘Best of the Hawaiian Islands’; 11-day ‘Cruising Hawaii’s Paradise’ and 13-day ‘Grand Hawaii Vacation’ tours having been specifically created to showcase the very best of the destination. 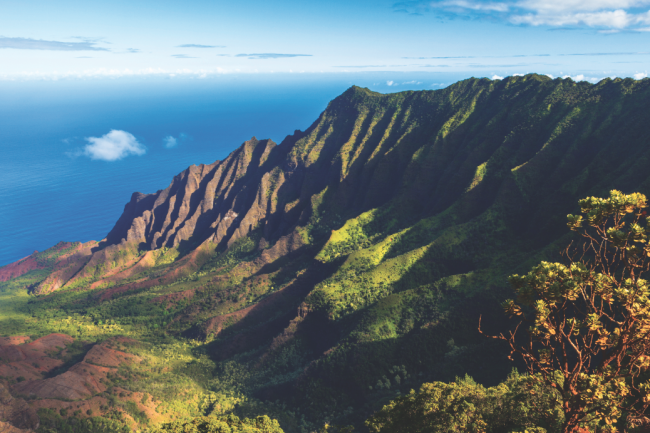 With a balanced combination of guided activities and time to explore solo, Globus allows its guests to not only tick off the bucket list experiences, from Pearl Harbor’s famous Battleship Row to a festive luau with traditional Polynesian dancing, but also to a number of hidden gems.

Thanks to Globus’ ‘Local Favourites’, guests are treated to a handful of insider experiences and in Hawaii’s case, these are also a treat for the taste buds. Guests will savour samples of traditional sweetbread at the authentic Punalu’u Bake Shop and enjoy a visit to the Kona Coffee Living History Farm, a local coffee and macadamia nut farm.

Whether travellers are looking to immerse themselves in the unrivalled natural beauty of Kauai, Hawaii’s oldest island; stroll through Maui’s quaint, historic town of Lahaina, with its many art galleries and shops; experience the black-sand beaches and curious lava formations created by the world’s most continuously active volcano on The Big Island of Hawaii; or do nothing but feel the sand between their feet and smell the fresh fragrance of the island flowers – Globus makes it happen.

So, slide that pink hibiscus behind the ear and get ready for the island adventure to begin. First stop, hula dancing.