The “West Kowloon” neighbourhood program highlights the district’s rich heritage, vibrant street life in Yau Ma Tei and Jordan, along with two new world-class museums – M+ and the Hong Kong Palace Museum in the West Kowloon Cultural District (WKCD). Both museums will open at the end of the year and next and will become landmarks for art and cultural tourism. 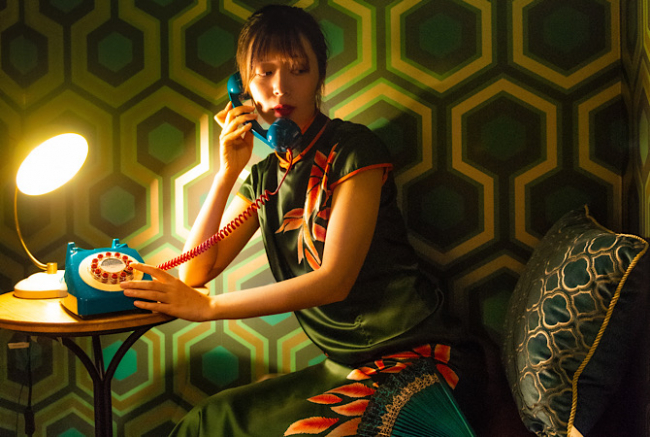 As art is inseparable from our lives, the West Kowloon neighbourhood promotion builds a bridge between the local life of the bustling communities of Yau Ma Tei and Jordan, home to many historical architectures, time-tested stores, traditional craftsmanship, and the artistic lure of the WKCD. Throughout the continuous evolution and revitalisation, the neighbourhood has a lot of astonishing experiences for the public and visitors to uncover. The HKTB expects the campaign to draw people from across the city to discover new perspectives, drive local tourism and stimulate economic activities in the neighbourhood.

HKTB Executive Director Mr Dane Cheng said: “Experiential tourism is a rising and inspiring trend, particularly when it blends arts and culture with authentic local life. The HKTB has chosen to launch this large-scale promotion before borders reopen for residents to savour the experience first, discover hidden gems in their community, rekindle their enthusiasm and appreciation, and create a harmonious art-life aura in the West Kowloon neighbourhood. We hope Hong Kong people will share their experiences with friends and relatives who don’t live in Hong Kong. Visitors from around the world are eager to travel once restrictions are eased, and we will be able to capitalise on the opportunity if we prepare in advance. We are also encouraging tour operators to create in-depth tours with the help of Hong Kong residents ahead of the return of international visitors.

“The HKTB believes the West Kowloon neighbourhood program will not only drive domestic tourism and stimulate consumption, but also spread a positive message and showcase Hong Kong’s new art and cultural travel opportunities to the world. Hopefully, building interest for the district among visitors who are keen to return as soon as borders reopen.” 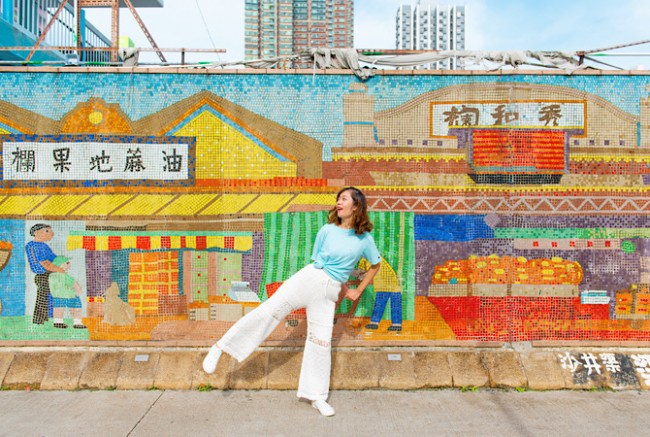 To reflect the unique characteristics of each area, the HKTB has devised five thematic walking tours focused on Heritage & Craftmanship, Cultural Arts and Culinary Arts. The routes cover many little-known corners of the city that are often overlooked by residents and visitors including, a bookstore hidden in the Tin Hau Temple, a seafood restaurant transformed into an art hotel, and a condiment store promoting western dishes fused with traditional fermented tofu. Art is a central theme of the West Kowloon neighbourhood promotion. As well as the M+ and the Hong Kong Palace Museum, HKTB has teamed up with “FriendsWithYou”, a pop-art duo featuring Samuel Borkson from Florida, US, and Arturo Sandoval III from Cuba. The collaboration will bring gigantic art installations and signature pop-art characters to Hong Kong which reflect the positive vibes to the neighbourhood. The installations will be in the Art Park of the West Kowloon Cultural District from 23 September to 14 October, with free admission. Visitors will have the opportunity to enjoy international art exhibits and create photo memories.

A variety of areas will be decorated as part of the promotion. The footbridge and subway between the WKCD and Jordan will be transformed into an “Arts Corridor”. Thematic buntings with a program webpage QR code will be displayed around the Yau Ma Tei and Jordan MTR stations and on lampposts along Museum Drive. The HKTB has also made promotional films featuring well-known personalities from the neighbourhood, to guide viewers along streets and sidewalks and share their first-hand experience with viewers worldwide.