WIN a trip for two to Macao, flying Xiamen Airlines

Sydney set to dine out on Macao 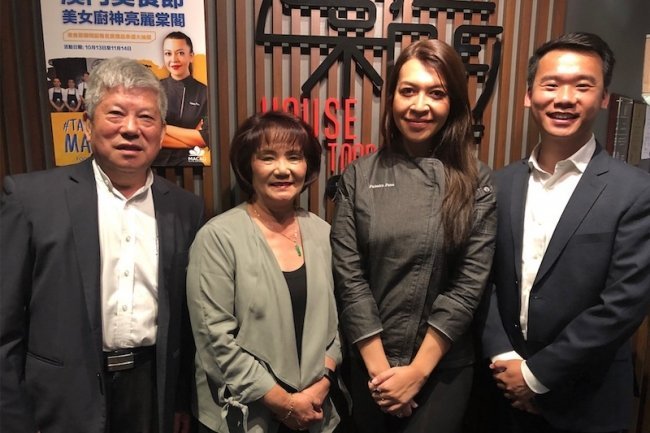 “The restaurants will be the only two in Australia to include a range of Macanese dishes,” said Helen Wong, general manager of the Macao Government Tourism Office (MGTO) Australia and New Zealand.

“Diners will not only have a chance to taste Macanese cuisine but also learn of Macao’s love of food.

“They will also learn of Macao’s inclusion on an elite list of UNESCO Creative Cities for Gastronomy.”

Macanese cuisine, Portuguese inspired recipes with ingredients from Africa, India, south-east Asia and China, is considered one of the world’s earliest forms of fusion food.

For diners booking a table at the House of Tong, they can expect to sate on such mouth-watering dishes as grilled octopus, Portuguese chicken stew, Sautéed pork with clams and potatoes, seafood Cataplana, Portuguese baked duck rice and Chocolate salame with vanilla ice-cream.

Those who dine at the restaurant during the festival have the chance to win a fabulous trip for two to Macao, flying Xiamen Airlines and staying four nights at the Grand Lapa Macau.

For the second consecutive year, Palmira will be a special guest in Australia to present cooking demonstrations and tastings of Macanese cuisine during the food festival.

The month of Macanese food will also highlight Macao’s strong approach to sustainability on what has been branded the Great Green Food Journey.

From Switzerland where she studied to ever-bustling Tokyo where she furthered her career in the hospitality industry, Palmira was born to be a chef. And her grassroots have always been in Macao, her birthplace and much-loved home to her family, where “I learned all the cooking skills from my father since I was a kid”.

Palmira’s father is renowned Macao restaurant owner Manuel Pena, who, born in Portugal, arrived in Macao in the 1980s and started his traditional Portuguese restaurant O Manel in Macao’s Taipa Village in 1992. Palmira’s arrival follows yet another major food event where the MGTO joined hands with the Australia Chinese Restauranteur Association to host as many as 500 guests to a lavish dining experience, dishes prepared by Jacky Lam, Chairman from Macao Cuisine Association.

The gala dinner was organised to celebrate Macao’s 20th anniversary as a Special Administrative Region of the People’s Republic of China.