Agra: The Beauty and the Beast

Tour the World’s host Adam Ford gets more than he bargained for in the Indian city of Agra – home to the mesmerising Taj Mahal. 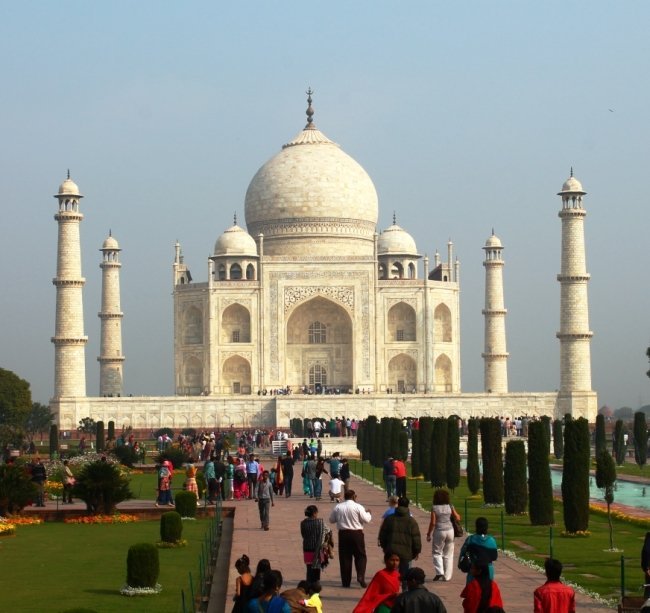 I’m not really expecting to see much of the ‘real’ India on this trip. After all, we’re travelling the popular Golden Triangle tourist route between India’s perennial capital city Delhi, Agra – home to the fabled Taj Mahal, and the pink city of Jaipur – Rajasthan’s flamboyant capital. Many of India’s top attractions can be found between this trio of close urban centres. And usually where there are lots of tourists, there’s a slightly sanitised form of reality. But as it turns out I have a lot to learn about India. Like to expect the unexpected!

We set off early for the drive from Delhi to Agra, eagerly anticipating our visit to the Taj. The drive is pleasant and moderately paced, which is just as well as there are plenty of obstacles to avoid on the road – including the odd cow ambling along the highway. The cow, of course, occupies pride of place in India. Collecting one on your tour bus bumper bar is not only problematic spiritually (earning you a sackful of bad karma), but also carries a potential seven year jail term – both good reasons for giving bovines a wide berth.

Though it’s a relatively short 230 kilometres, the whole journey takes about four hours.  And as our bus finally arrives on the outskirts of Agra it soon becomes clear I’m going to get way more of the ‘real’ India than I bargained for. 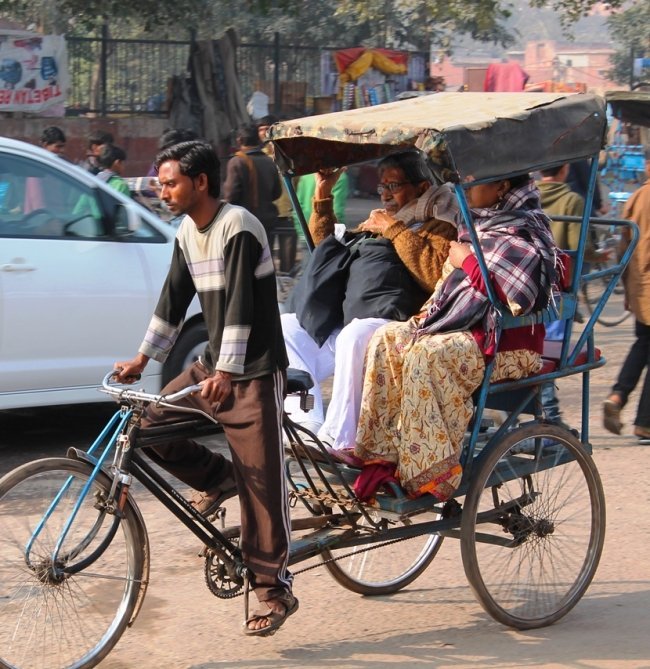 Agra is relentless. A constant barrage of stimuli that will send your emotions soaring and plummeting like the Dreamworld Corkscrew, with just as many twists and turns. The poverty and rubbish are extreme; the wonder and majesty of the Taj Mahal astonishing. It’s the ultimate contrast. India’s very own beauty and the beast. As our coach driver gingerly navigates his way through the crowded thoroughfares, no-one on board can take their eyes off the unfolding scene for a second. It’s a different world to ours. Maybe a different universe. It’s compelling, disturbing and strangely thrilling all at the same time. And there are lots of smiles, plenty of waves and a seemingly cheerful acceptance of the hard hand life has dealt.

Then all of a sudden balance is restored to the universe. Behold the ultimate beauty.

The first sight of the Taj Mahal really is one of life’s most wondrous moments. Any trip to India will be worth it for this moment alone.  The pristine white domes and delicate minarets seem to float on a perfect horizontal axis, holding the visiting crowds spellbound. The symmetry is divine.

The ultimate expression of love, the mausoleum was built by Mughal emperor Shah Jahan around 1632 to 1653, to honour his beloved third wife Mumtaz Mahal, who died giving birth to their 14th child. While she was aware that a monument would be built for her in the event of her death, it strikes me as incredibly sad that Mumtaz never saw the timeless tribute that would immortalise her name and watch over her beloved India for millennia to come. Despite the vast crowds (up to 100,000 visitors a day) the Taj Mahal remains a serene oasis of gentle perfection.

So the beauty shines and the beast watches on. So different, and yet one could not exist without the other. And while Agra’s Taj Mahal will always be the ultimate tourist drawcard, don’t expect this town to roll out the recently shampooed red tourist carpet. It’s raw, real and in your face. Just the way travel should be. 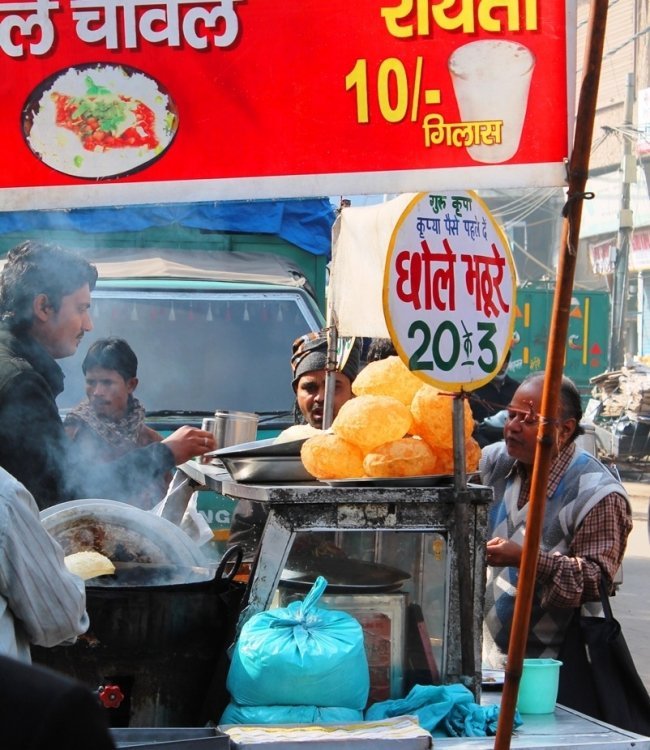