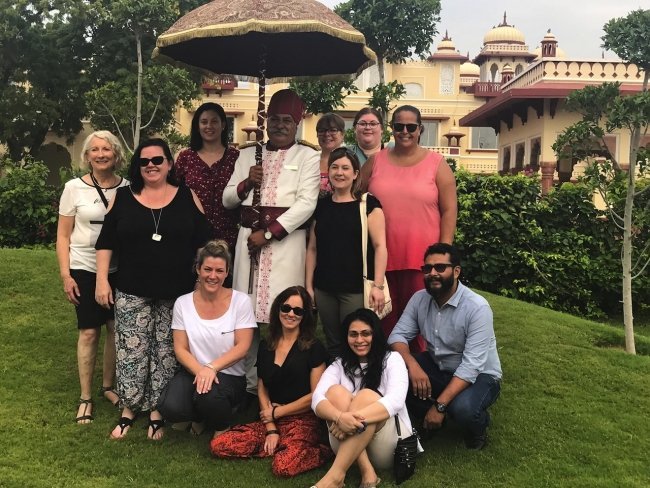 Jill Carmody (left) with the group

To quote a client when she found out I was at last going to India: “you haven’t seen the world until you’ve been to India.” Since returning from that amazing country, I couldn’t agree more.

I have been in the industry for more than 30 years, 25 of them as owner/manager of my own travel business. Over this period of time I have received multiple invitations to travel to India and I was finally able to accept as part of Tempo’s group to Rajasthan.

I have travelled to heavily populated and developing countries in Asia on many occasions, but nowhere as colourful as India.

At 7am we met our escorts from Tempo Holidays and our Air India BDM at the Air India service desk at Melbourne Airport. We were promptly checked-in and Reka from Air India escorted us to the new Air New Zealand business lounge that can be accessed by Air India passengers travelling in business class. 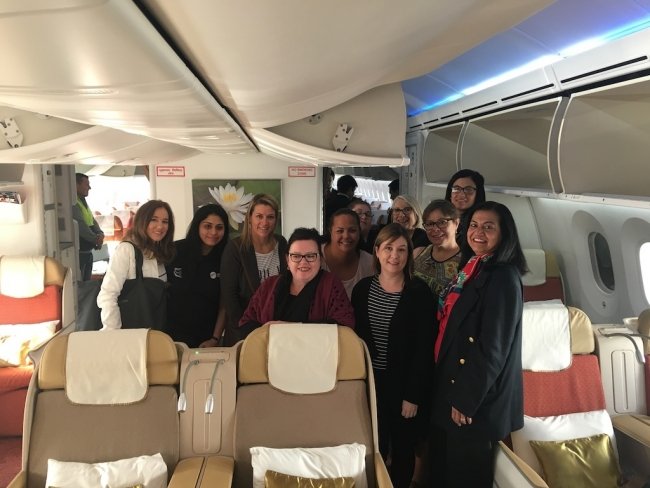 We were very impressed and would have loved to stay but we continued to our 787 Dreamliner that would transport us to Delhi. After a tour of the aircraft including executive class we made ourselves comfortable for the flight ahead.

On arrival in Delhi nearly 13 hours later, we disembarked and proceeded through immigration to be met by Sorab, our tour guide. Sorab has 15 years’ experience as a guide and a wealth of knowledge that we were able to tap into throughout our journey. He also had a great sense of humour and as we got to know him more during our trip he would sometimes have us in stitches recounting some of his experiences as a guide and his personal travel.

We overnighted in Delhi and boarded an early train for Agra the following morning. If we were to feel any sense of culture shock it hit us as we made our way from the coach to our carriage with local passengers waiting to board their train sleeping on nothing more than a piece of cloth on the concrete platform.

We were more fortunate than most to be accommodated in premium class, which was basic by western standards, but very comfortable. Breakfast was served onboard with a choice of cereal or local cuisine. 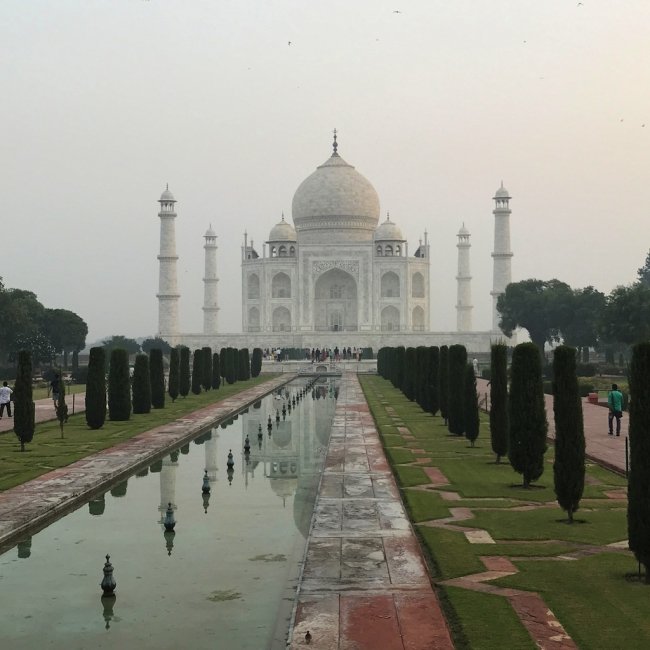 On arrival into Agra we transferred to the Gateway Hotel, which I found to be very comfortable and our hosts most hospitable. We had amazing views of the Taj Mahal from our rooms and once the sun went down enjoyed the view with a full moon high above this beautiful monument.  I was surprised to learn that the hotel was going to close before reopening in April. It is operated by the Taj group so I would love to go back when it reopens, as Taj hotels are very luxurious with exceptional service.

Agra is a thriving city that doesn’t seem to stop. We enjoyed a visit to Agra Fort and Mehtab Bagh during the morning, followed by a hotel inspection and lunch at the Radisson. After some relaxation back at our hotel we prepared for dinner at the Marriot followed by an inspection of their hotel. Both hotels offer a high standard of accommodation, facilities and excellent cuisine.

A visit to the Taj Mahal should always start by rising before dawn to be first in line to enter this magnificent monument and to experience the sunrise over the beautiful marble structure.  Everyone was very excited so hundreds of photos later, most of them with ourselves in the foreground and the Taj in the background, we entered the Taj Mahal. It was an emotional experience for most and a memorable one for everyone, with proof of this by the number of Facebook posts.

Our next stop was Jaipur, the capital of Rajasthan and known as the Pink City, with two nights at the Jai Mahal Palace. Jaipur was memorable not only for the amazing sights we experienced, but for the luxurious accommodation and hotel inspection of ITC Rajputana. I would love to return in the future and spend more time exploring the old city within the walls.

We then took another road trip to Jodhpur, the Blue City, and probably my favourite city in Rajasthan. From the time we arrived for our hotel inspection of Umaid Bhawan Palace, I could feel the hospitality of this amazing city.

This continued at Vivanta by Taj – Hari Mahal, our accommodation for two nights. We visited the Mehrangarh Fort and the remarkable white marble memorial to Maharaja Jaswant Singh II and both were exquisite in form and structure.

A stand out for me when visiting any country is to see how the local culture is formed by religious foundations and in India they were more diverse than I expected. We were very prepared for our visit to Ranakpur Jain Temple, which is one of the largest and most important of the Jain Temple complexes in India. 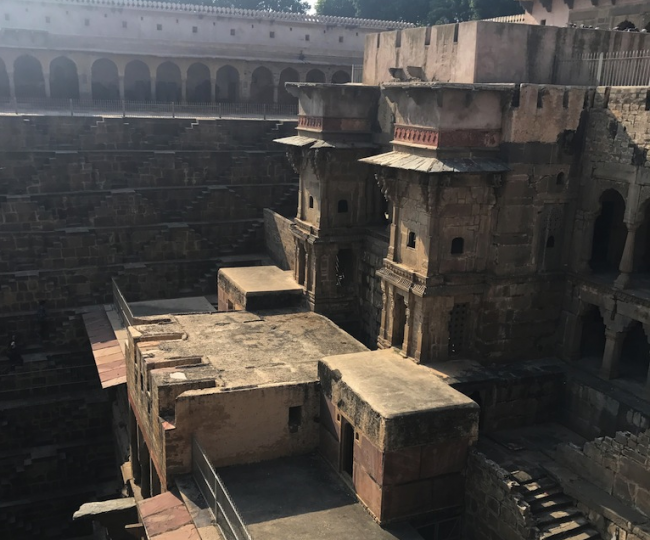 I was very relieved I passed the dress code so I didn’t have to wear one of their pink gowns, which reminded me of a house coat out of the Sixties. However, I do believe it is very important to observe not only the dress code, but to respect the religious beliefs and I learnt much from our visit.

Our third and final road trip between Jodhpur and Udaipur was again an awakening of the senses, with the fascinating sights, sounds and smells of India. Udaipur was the smallest of the cities that we visited, with its man-made lakes and palaces bringing our overland travel to an end. After two memorable days and nights, including a visit to the City Palace on the eastern bank overlooking the lake and white palaces, and a very special dinner at Jagmandir Island Palace, we departed Udaipur by air to Delhi.

If ever there was a fast paced city, Delhi is it. I was in awe of Old Delhi, which was unlike anything I had seen in all my years of travel. I likened the traffic maze to being in a Rubik’s cube, out of which I couldn’t imagine our driver would ever make it. However, he patiently worked his way around and got us and our vehicle out of the maze without a scratch on his bus.

Delhi, New Delhi and Old Delhi all blend together in one huge city and proved a fitting end to an adventure I am very grateful not to have missed.

I couldn’t have imagined that I would love India as much as I did. The ancient forts and palaces, the food and the images on the streets will remain with me, not just because I have a multitude of photos on my iPhone but because they are indelible in my memory. Thanks to Tempo Holidays for hosting me on the fam trip of a lifetime. 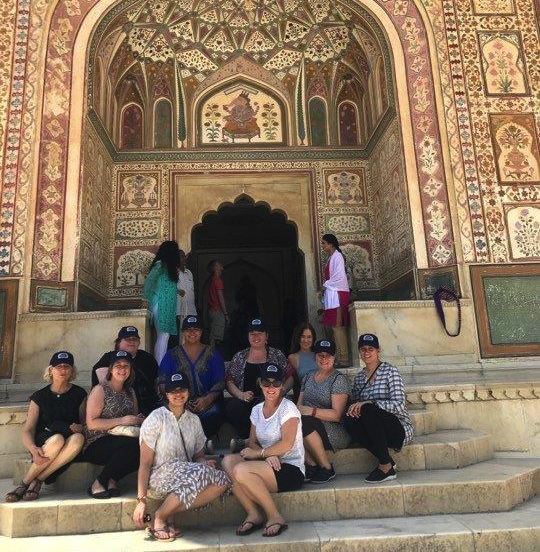