With the cows meandering across the road, the carts of blushing pomegranates spilling street-side and its everyday jumble, Delhi can be a dramatic city to get around in.

It’s a city revealing herself through the families of beggars clustering together on dusty median strips, low voltage bulbs only dimly lighting the roads and street vendors in their makeshift stalls serving sweets and turning flatbreads on iron plates warmed by the fire. 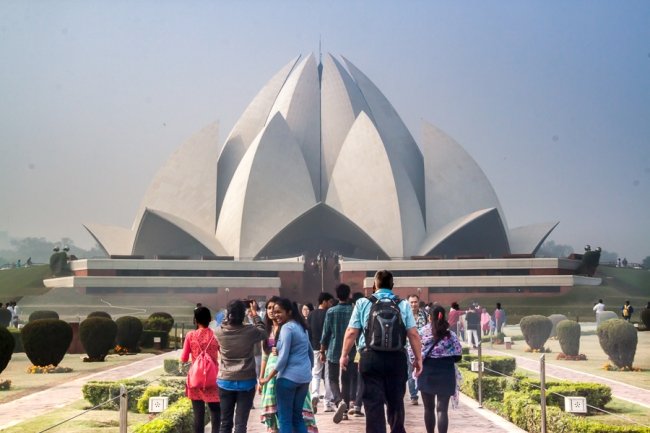 It’s a city that pulses at street level. It’s also more opulent and regal than a first-time traveller might expect and a layered and fulfilling cultural experience.

Here's our guide to discovering the best cultural tourist sites Delhi has to offer:

Indian history is punctuated with generations of Muslim rule, though it wasn't until 1525 that the Moguls built their empire. Royal, mighty, rebellious and grand, it left palaces, forts and tombs behind.

Laid out in sprawling grounds, Humayun's Tomb is as regal in its approach as the Taj Mahal, though built from terracotta-coloured stone.

The cultural heart of the city starts in Old Delhi and a visit to the Jama Masjid Mosque, with its sweeping archways and open courtyard.

Meander through the UNESCO protected site of the soaring stone minaret at the Qutab Minar Complex where the crumblings of Persian inspired fortress walls carry you back in time. 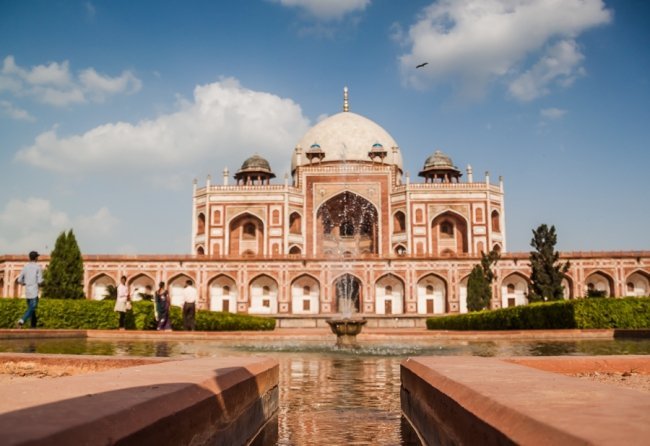 Visiting each of these sites you’ll need a good few hours and if you don’t have time to see them all, whichever you choose will give you a sense of the vitality, authority and grandeur of the empire. Make sure to wear comfy walking shoes, take plenty of water and expect to pay considerably more for your entry than the locals.

A brush with British India

If you look closely at the sun-drenched sandstone arch, you’ll see the name of every Indian who gave their life to WW1 and the Afghan war inscribed on its walls. India Gate is the centrepiece of Lutyen’s Delhi and where the Presidents House overlooks the gentle slope that leads to the gateway of British India. The imperial feel is somewhat diluted now with the hub of hawkers peddling charcoaled sweet potato and warm chai, but its scale is stoic.

In nearby Janpath, the 1940s art deco Imperial Hotel gives visitors the full flavour of British India. As exhausted sweaty tourists step through the doors, the look of awe and daze settles and their senses are filled with the fragrant oils, opulent foyer and royal welcome of the 6ft tall doormen attired in Rajput ceremony. The corridors are adorned with original sketches and photographs of the royal palaces and scenes of the political and royal life of the British era and are available to buy at the hotel bookstore. 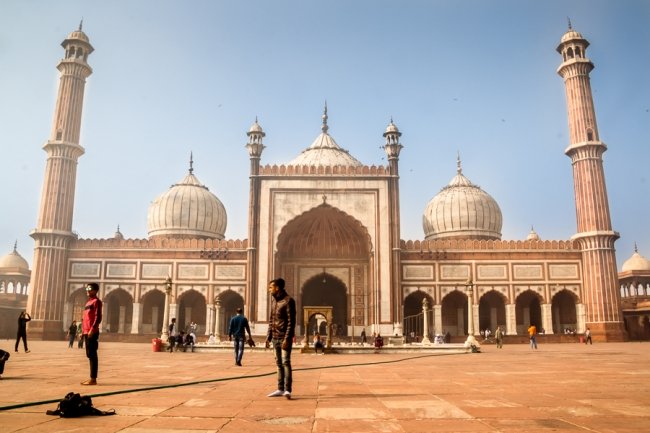 Driving through Delhi you can’t miss the tiny, roughly built temples painted in saffron orange, mint green or bright yellow that pop from the side of the road. With room only for one, offerings are made while the joss sticks are burning and gold tinsel hangs from the doorway blowing in the rush of traffic passing by.

God is everywhere in Delhi: Hindu temples, Gurudwara’s, Mosques, Churches and Ashrams. Many people visit India for just this reason: to find a little of the divine in the everyday. You don’t have to look too far to see Sadhu’s with a smudge of saffron on their foreheads walking down the street.

Visit the Hare Krishna Temple and Kalkaji Mandir Hindu Temple to get a sneak peak of the Hindu religion and culture. To really see Hinduism in action, a day trip to the majestic Akshardham Temple on the eastern outskirts of Delhi is an inspiring way to understand the history, heart and celebration of faith.

The religion of humanity is best felt at the Lotus Temple. Like all Bahai temples it’s open to visitors of all faiths and religions and because of its unique design in the shape of a lotus flower, it’s beautiful both inside and out.

For all the confusion and chaos that greets you, it takes only a few days to discover that Delhi is so much more. An eclectic mix of street flavours, opulent hotels and a daring history make her a city of contrasts, but with a few street smarts, you can be humming to Delhi’s blended beats in no time.

ALL IMAGES BY BHANU UTTAM