Why Mangar is the hidden jewel of India and a piece of living history... 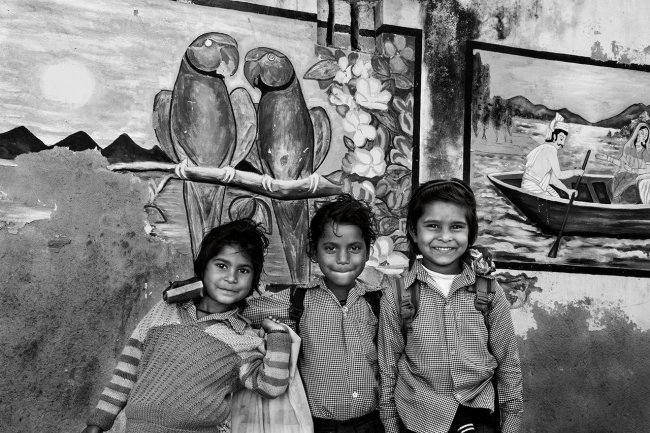 With the remote Aravalli mountain range as its backdrop, the village of Mangar on the northeastern edge of Delhi has managed to outlast the impending push for tourism across North India.

Though its just a 45-minute drive from city central and 15 minutes from the growing expat community of Gurgaon, Mangar has the same village feel and harmony as if it were existing years ago, before the swell of India’s entrepreneurial middle class.

Mangar is a village that sleeps beneath the stars, lives off the land and whose culture is protected by the trees; folklore has it that the Mystic Gudariya Baba declared that no trees should be cut down and holds true today. 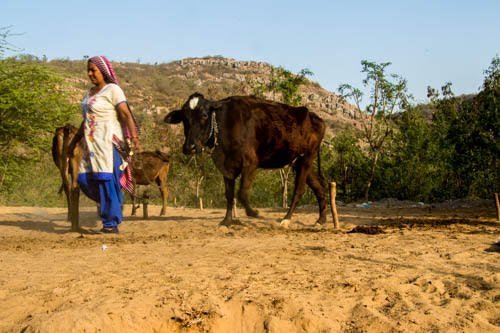 On the day we arrived, the local villagers intrigued with our cameras and western clothing, greeted us with a mix of curiosity and warmth. One of the elders, passing his day on a Charpoy smoking his hookah outside his doorway keenly offered us fresh warm chai beneath a keekar tree.

In the little earthen village people came running out asking for their photo’s to be taken, their heads wrapped in a dupatta and hands dusty from work. A young girl swirled around on a makeshift mud balcony and quickly a woman asked her to cover her head. This was her new daughter-in-law, a child of no more than 12.

Landlocked and time-bound, if the traditions have stood still, the village has preserved them well. Nestled among the grove, there’s a quaint jewellery museum showcasing beautiful tribal jewellery from all over India What makes the secret all the more charming, are the tiny little drawers that the jewellery is kept in, and like the village itself obscures the beauty hidden within. 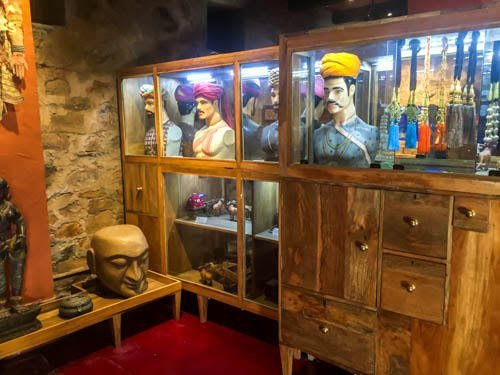 Mangar is home to less than 2,000 people and typical of Haryana, the population is skewed to more men that woman.  We noticed that while the women all worked either tending to household chores or bringing the cows back home from their grazing, the men in the village played cards, smoked the hookah and generally passed their days laying on their charpoy’s.

Still, it’s an industrious little village, and the central school educates 500 students. We met a young girl half way through year 7 and when we encouraged her not to leave school, she happily consented and said she wanted to get her education. The resolve in her words was inspiring.

It’s a small bridge to a changing contemporary India as the village slowly brushes off the past. There’s now an eco-lodge, built against the mud banks of the foothills. Standing at the village jewel lodge, the sweeping view to the township below takes in much of Haryana’s last protected forest. 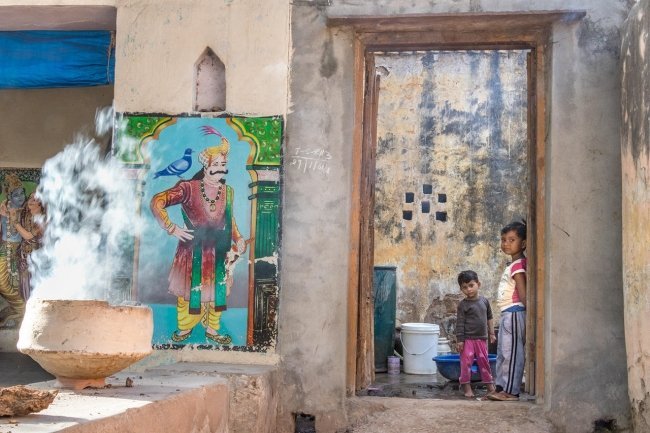 The Aravalli hills are said to be one of the world’s oldest ecosystems and that in itself makes it a draw card for tourism. Just outside the village border, Camp Wild at Dhauj is starting to attract adventure tourism to its lodges and safari tents.

Perhaps in another 10 years, the village we visited today will have surrendered to the curiosity and wanderlust of travellers. There is much talk that the village and its surrounds will fall into private hands. Just not today.

Under the mild winter air, we took off our jackets and sat together with four generations of villagers, a generous welcoming spirit that feels a lifetime away from the ambition and energy of Delhi.