The very best of Sri Lanka 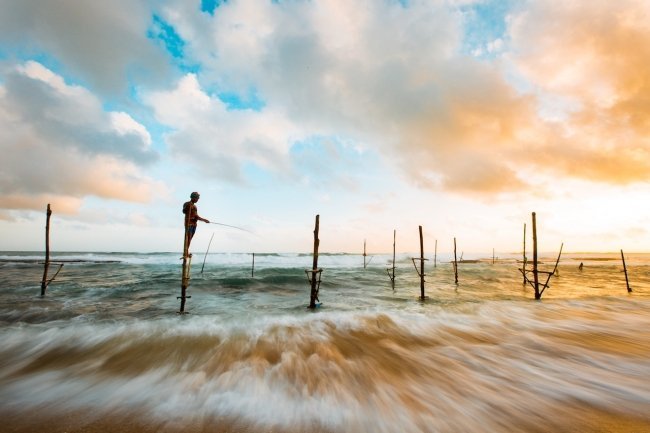 Finding Zen on an Island of Gems

Sri Lanka has become a bucket-list country to visit and was named ‘Asia’s Leading Destination’ in both 2017 and 2018 at the World Travel Awards.

While it might be known for its beautiful beaches and great surfing, it is less known for its many other gems. The country is home to eight inscribed UNESCO World Heritage sites; Ceylon (former name of Sri Lanka) tea plantations; thunderous waterfalls in tropical rainforests; diverse wildlife – including the largest animal on earth; plentiful reefs; unique architecture; lush landscapes; friendly people; great food; and actual gems.

Sinhalese make up almost 75% of the population, followed by Tamils of both Indian and native origin and Arabs. There is a small group of people of mixed European descent and Malays from Southeast Asia living in Sri Lanka, and finally an even smaller population of Vedda – the indigenous minority in threat of extinction. Colombo is easy to get around and is well worth spending a few days.

Seventy percent of Sri Lankans are Buddhists and some of the most beautiful temples can be found in Colombo. Gangaramaya is one of the oldest temples in the city and a great place to start your journey. 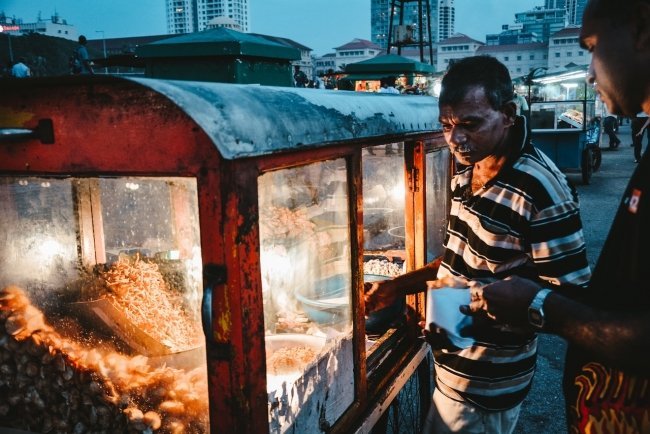 The temple is a mix of Sri Lankan, Thai, Indian and Chinese architecture, which was built in the 19th century. Today, it is a place of Buddhist worship and a centre for learning.

Explore the temple in silence, enjoying the hundreds of Buddhist statues and the calming effect they have on people. Locals come and go in prayer, lighting incense and candles that symbolise the illumination of wisdom from the darkness of ignorance.

Take a visit to a Hindu temple – 15% of Sri Lankans are Hindu, and St. Anthony’s Church – 6.2% are Christians; the Old Parliament Building; and the Lotus Pond Theatre for performing arts.

You can end the day at Independence Square – a beautiful landmark representing Sri Lanka’s independence in 1948.

Next, drive northeast to the centre of the country to visit the Golden Temple of Dambulla. It was declared a World Heritage Site in 1991 and is located just 2 hours from Colombo.

This is the largest and most well preserved cave temple in the country. Within the caves are 153 Buddha statues and paintings depicting Gautama Buddha’s life. The atmosphere is slightly eerie with dark passageways with dim lighting reflected onto scenes such as temptation by the demon Mara.

There are five caves in total, all of which were built at the base of a 150m-high rock. The largest cave measures 52m from east to west, and 23m from the entrance to the back. It is 7m tall at its highest point.

A short one-hour drive south of Dambulla is Kandy. Also located in the Central Province, it was the last capital of the ancient kings’ era and is a popular destination today. It’s situated in the midst of hills and home to the Temple of the Tooth Relic – declared a World Heritage Site in 1988. 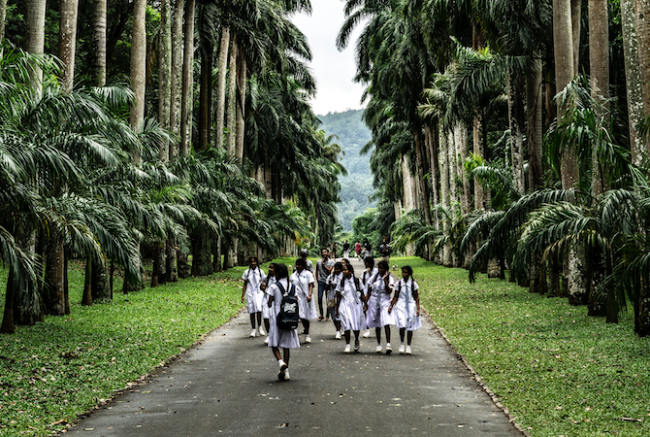 It was believed that whoever held the relic, held the governance of the country, and therefore played an important role in local politics. The water used to bathe the relic is considered to be holy.

According to Sri Lankan legends, the relic is the left canine tooth of Gautama Buddha, and it became a royal possession that was fought over by kings who wanted the rights to rule the land. Now it sits at this temple where rituals and ceremonies are conducted in honour of the Buddha.

South of Kandy is Nuwara Eliya – a city also in the hill country of the Central Province. The name is Sinhalese for ‘city on the plain’. Situated at an altitude of 1 868m, it is much cooler here. It is the coolest area in the country with temperatures averaging 16 °C.

Its climate serves as the perfect place to grow tea and is home to the most important tea plantations in the country. British colonialists spent their days here, coined it ‘Little England’, and enjoyed hunting and playing polo, golf and cricket.

The region is known to produce some of the world’s finest orange pekoe tea and we choose to visit Mackwoods’ tea plantation.

This is one of the oldest tea plantations in the area and the only one that chose to display its name in Hollywood-style – with huge white letters atop of the green plantation hills.

The Tea Centre offers tea tastings in a warm and cozy room served with a variety of delicious pastries and desserts.

Nearby are the Ramboda Falls – a popular fall that reaches 109m in height and Lovers Leap – a 30m-fall infamous for being named after two lovers who leapt to their deaths to immortalise their love. 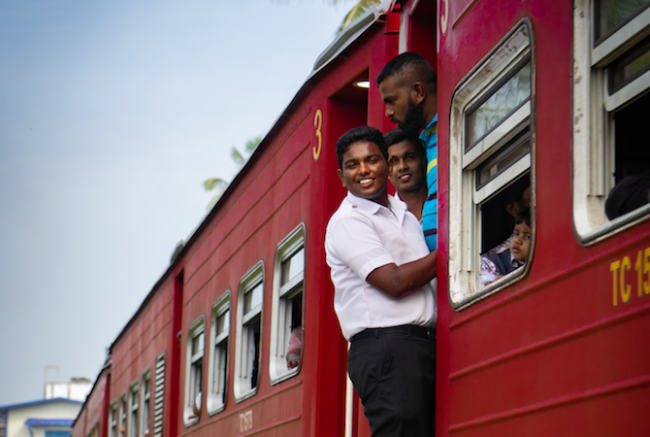 Chilling by the sea at Hikkaduwa

Hikkaduwa is a small town on the southwest coast to enjoy some beach time. It is a 1.5-hour train journey from Nuwara Eiliya and known for its dive sites and resident blue whales.

Blue whales can measure up to 30m long, roughly equivalent to three buses in a row. Take a two-hour boat excursion to try to spot these majestic creatures.

The Galle Fort is another UNESCO World Heritage Site inscribed as such for its unique cultural mix of European architecture and South Asian traditions. It is located just 20 minutes outside of Hikkaduwa.

Sri Lanka is also known as ‘Gem Island’ and the country has the highest density of gem deposits to landmass with an estimated 25% of its total land area being gem bearing. You can visit a gem factory and learn about the traditional methods of processing still used today. A blend of tradition, experience and modernisation lend to the production of some of the world’s most precisely cut stones in the world.