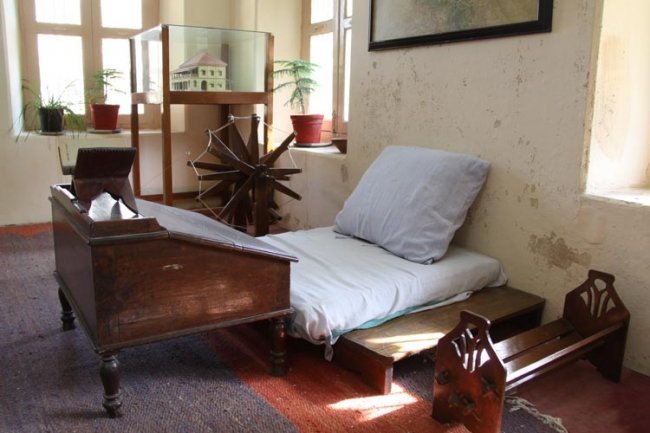 Travellers to the Subcontinent may love learning about Mohandas Gandhi, the “Bapu” (father) of modern India. But they’re not yet ready to walk in his (bare) footsteps, it seems.

The “Live Gandhi for a While” program, which commenced in early October, (the Mahatma’s 144th birth anniversary) gives tourists the chance to live like Gandhi whilst staying at the first ashram established by the Mahatma.

During their five to eleven-day visit, ‘homestay’ guests have the opportunity to practice the 11 vows of the Mahatma, which include among others, truth, chastity, non-violence, non-possession, physical labour, fearlessness and untouchability.

Though exactly which vows visitors undertake during the program, which costs just Rs 1,000 (AU$17) per day, is entirely their choice.

As well as staying in simple rooms fitted with two iron beds, an attached toilet and water pot, guests are also encouraged, but by no means forced, to help with duties such as cooking, cleaning dishes, cutting vegetables, gardening and cleaning the ashram premises.

Ashram packages can also include tours of slums and a crematorium, depending on what the client wants.

But despite receiving many inquiries from across the country and abroad, its operators say they have yet to take a single booking, even though it is the holiday season in India, The Financial Express reported.

Nischalavalamb Barot of travel company Maroon Migrates, which initiated the program in conjunction with the Gujarat Vidyapith (a university set up by Gandhi), said there were four people who had shown keen interest and were likely to book however.

Speaking to The Economic Times, Mr Barot said Gandhi’s influence could easily have extended to tourism, with the Mahatma “probably the first responsible traveller who travelled across the country, connected with communities, walked down villages, stayed in their homes, tried helping them, solving their problems with minimal impact on the environment”.

"The objective of this programme is to allow people to find various ways of sustainable lifestyle, enjoy simplicity of Gandhi, experience the virtues of Mahatma," he said.

According to the Hindustan Times. Gandhi memorabilia can still fetch a fortune though, with one of Gandhi’s most valued possessions, the ‘charkha’ (spinning wheel) he used in Yerwada Jail, Pune, on auction in Britain this week. Bids start from £60,000.