The launch of Garuda Indonesia’s new sub brand “Explore” has opened up the region of Flores, just over an hour’s flight east of Bali. DEBBIE SPROULE gets a sneak peak at this rural and cultural region of Indonesia.

Labuan Bajois just a 15-minute drive from the airport and the town’s main high street offers an array of colourful shops, stalls with fresh produce, quirky restaurants and cafes. The Tree Top restaurant had particular appeal with uninterrupted views of the port, great food and free Wi-Fi. 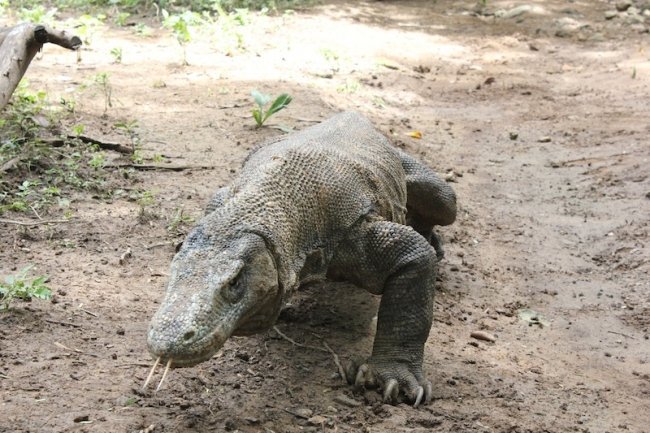 The big draw card in this region is the komodo dragon and there’s no better way to visit Komoda National Park than on Plataran Komodo Resort’s newly refurbished 25-metre sail boat, Felicia. She is impressive and fit for a prince (we were told the Prince of Denmark had taken this same voyage a few weeks ago). We sailed for three hours and whiled away the time dozing and admiring the landscape.

Upon arrival at the park, we were given a quick safety talk about dragons which consisted of keep quiet, keep close to the guide and don’t get nearer to the animals than five metres (that part made me chuckle as 20 metres would have been close enough for me!). How wrong I was! Within 10 minutes, I was just five metres away from one of thesegiant lizards and at one point our group was surrounded by six of them.

Dragons smell with their forked tongues, can grow to about three metres and are much faster than they look. A bite fills their pray with 50 types of septic bacteria and they hunt alone and eat together. Now there’s something you don’t get to see every day.

Back on board Felicia, our next stop was Pink Beach,which getsits name from the pink and red coral fragments found here. The beach is known for diving and snorkeling; in fact Labuan Bajo has gone from six dive shops to 23 in just a few years. I was excited to spot a green turtle, blue starfish, an array of parrotfish, fusiliers, snapper, wrasse and many more.

Finally we set sail to enjoy dinner and drinks at the Platarans resort, nestled on the secluded Wae Cecu Beach, just 10 minutes from Labuan Bajo.

Worth a visit if you’re into hanging bats, big black spiders and amazing rock formations (Tip: wear long pants and closed in shoes. Not recommended for those with a fear of dark, closed in spaces!) 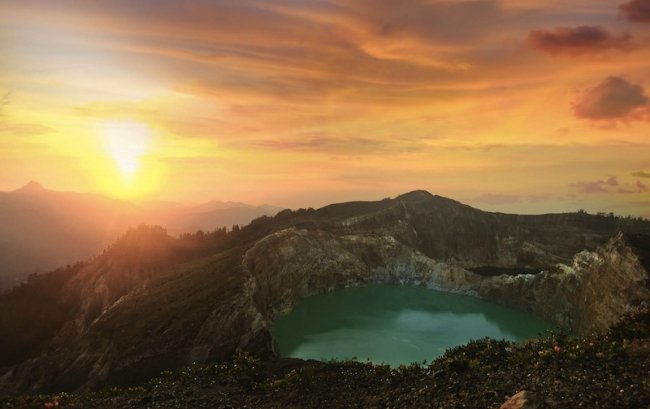 Our next adventure was to climb Mount Kelimutu and see the tri-coloured crater lakes at sunrise. To get there we had a quick one-hour flight with Garuda to Ende, which is on the southern tip of Flores. We stayed the night at Kelimutu Eco Lodge in the village of Moni, a 90-minute drive from the airport.

The climb to the top gets you puffing but nothing too strenuous and definitely worth it. At the top there is a 360-degree view of all three lakes - one turquoise, one slate and one is sometimes red, apparently.

The exile house of Mr Soekarno

This old house is where Indonesia’s founding father, Mr Soekarno, spent four years under house arrest by the Dutch administration. Mr Soekarno’s story is fascinating, especially the part about his five wives.

Take a tour of one of the villages and you will see firsthand how they live, work, eat and entertain. Other activities include trekking, kayaking and Caci whip fighting.

The food was fabulous everywhere we went - the stand outs were the food on Platarans cruise and our lunch at Pangan Lekal (traditional food centre) in Ende, just two minutes from the airport. The centre is an initiative to teach orphaned children to cook traditional Indonesian food and therefore give them a career opportunity. We dined in a traditional hut and were served a feast to die for. The food was so tasty, all made from fresh or home grown ingredients. Our lunch marked a fitting end to our trip to Flores. 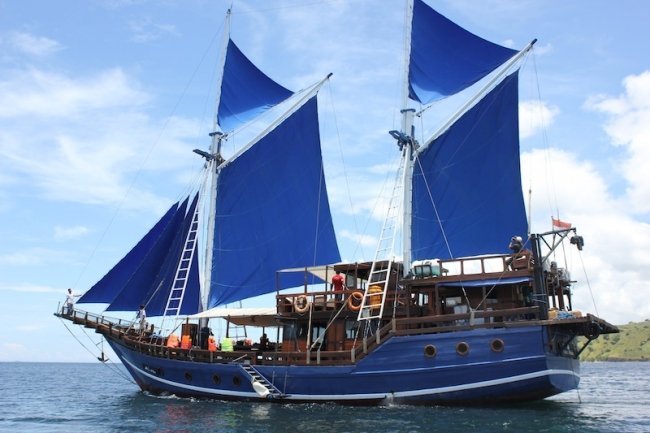