Fill your heart with Ireland

Themes of love and romance run deep throughout the island of Ireland, with its dramatic landscapes, world-renowned poets and age-old traditions.

Here are six short stories that capture the true essence of Valentine’s Day. 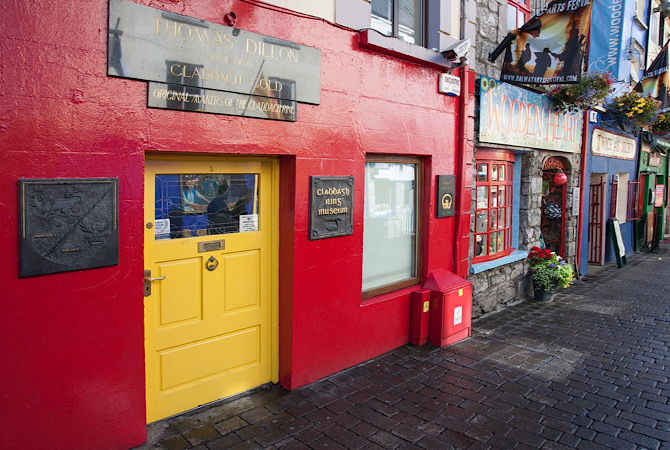 Ireland has a unique and historical connection to the patron Saint of love. During the early 19th Century, Father John Spratt, a legendary preacher who lived and carried out his work in Ireland led an inspiring sermon in Rome, earning much respect amongst the Christian community. Upon delivering his sermon, he was showered with gifts from all the influential figures of the city, including none other than Pope Gregory XVI. The gift in question: a relic of Saint Valentine himself, along with a letter claiming the relic’s genuine authenticity. The relic, which includes a small vessel tinged with his blood, was sent as a token of esteem and many individuals who seek true love make a Christian pilgrimage to the Shrine of St. Valentine in Carmelite Church on Whitefriar Street in Dublin. The shrine gives Ireland a unique and ever-lasting relationship not only with Valentine himself, but also as a place loved worldwide. It is no secret that Ireland is the home of many literary greats - from Oscar Wilde to Seamus Heaney, Bram Stoker to C.S Lewis. With its so-called “gift of the gab,” Ireland has become synonymous with storytelling and its lengthy list of alumni have provided remarkable contributions to world literature. W.B Yeat’s once wrote, “love comes in at the eye,” and landscapes are seen immortalised throughout vast collections of Irish poetry. Poet and Nobel Laureate Seamus Heaney drew his inspiration from Northern Ireland, the land of his childhood, and he urged those to explore the places that fuelled his imagination. In Sally Rooney’s contemporary hit Normal People, the dramatic landscape of the Wild Atlantic Way mirrors the turbulent love affair between Connell and Marianne.

Legend of the Claddagh Ring

The Claddagh ring is a quintessential symbol of love and friendship. First told over 300 years ago in the ancient fishing village of the Claddagh, outside the walls of the City of Galway on the west coast of Ireland, the famous Claddagh ring has trickled down through generations, encompassing themes of enduring commitment, loyalty and fidelity. Originally designed by a local fisherman, the ring features two hands holding a heart which wears a crown. The heart signifying love, the hands friendship, and crown for loyalty. Each come together as a holistic gesture of enduring commitment. 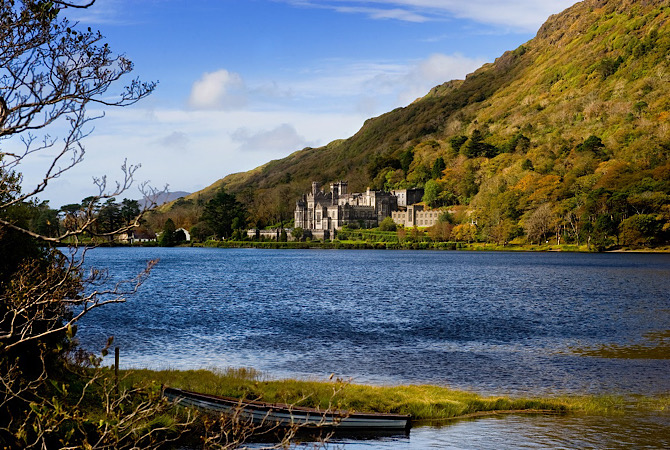 Much like its role in romantic poetry, Ireland’s landscapes serve as powerful settings to many on-screen romances such as P.S I love You and Normal People. The rolling moorland of the Wicklow Mountains together with the warm musicality of the traditional Irish pub in P.S I Love You, are enough to make even the most stoic weak at the knees. Similarly, in Lenny Abrahamson’s portrayal of Normal People, the crashing waves of the Wild Atlantic Way alongside the cobbled streets of Dublin showcase the TV show’s other leading character… Ireland’s beautiful scenery.

The story of Kylemore Abbey is a story of love, loss and epic romance, spanning over 150 years. In 1852, successful financier, Mitchell Henry and his wife, Margaret Vaughan, were on honeymoon in Connemara. Stunned by the beautiful surroundings, the couple decided to call Galway home and after thirteen years, a stunning castle retreat overlooking a glassy Connemara lake, was constructed. After sadly contracting an illness on a trip to Egypt, Margaret died in 1874, just a few years after the building was completed. Devasted by the impact of his loss, Mitchell Henry commissioned a neo-Gothic church in her honour, equipped with beautiful ornate interiors and enchanting stained glass. In 1910, the epic tale of love arrived full circle and Mitchell was finally laid to rest next to his wife in Kylemore. It is here they lived happily ever after.