On the road trip again, in Ireland

JON UNDERWOOD climbs behind the wheel to sample some more of the Wild Atlantic Way. 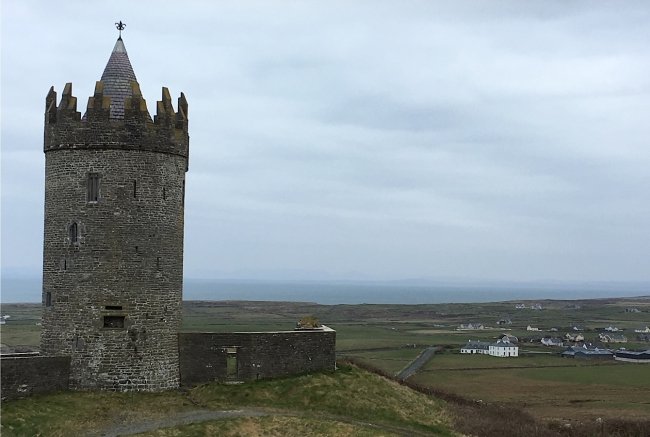 Regular readers of this august publication will know that I’m a sucker for a road trip. Give me a hire car, a sat nav and a vague idea of where I’m supposed to be going and I’m as happy as a monastery full of monks who’ve just discovered brewing.

So when the chance came to reacquaint myself with the Wild Atlantic Way (WAW) in Ireland, I jumped at the chance. The WAW is believed to be the longest defined coastal driving route in the world, starting in Kinsale in County Cork and finishing on the Inishowen Peninsula in County Donegal.

I’d already done the Causeway Coastal Route from Belfast to Londonderry and bits of the WAW around the north west, but with a grand total of 2,500 kilometres to explore, there was still plenty left to see.
My journey would take me through an area known as the Cliff Coast, which stretches from Galway through to North Kerry.

Leaving Galway the morning after St. Patrick’s Day was eerily quiet with not a soul to be seen – a stark contrast to the crowded and raucous streets of the day before. Turning south on the N67, I passed through Clarinbridge (apparently the home of the oyster) before making my first stop at Dunguaire Castle, a 16th century tower house on the shores of Galway Bay.
This area of Ireland is known as the Burren Region, due to the largest expanse of limestone pavement to be found anywhere in the world.

But it was dramatic Atlantic scenery that I’d come to see and things began to get a little wilder once I’d passed through the small harbour village of Ballyvaughan and the deserted sands of Fanore Beach.

Those who like to explore underground will be delighted to know both Ailwee Cave and Doolin Cave are in this region, but I was keen to push on to the Cliffs of Moher, one of Ireland’s most famous attractions.

Pulling up in the car park, I had every intention of walking to the top of the cliffs, but as the snow started to fall, I’m afraid I retreated back into the warmth of my Skoda and headed for my overnight accommodation at the Hotel Doolin.

Fortunately, the traditional Irish music in nearby McDermott’s pub was exceptional and so was the hotel, so refreshed and replete, I set out the following morning for more exploration. 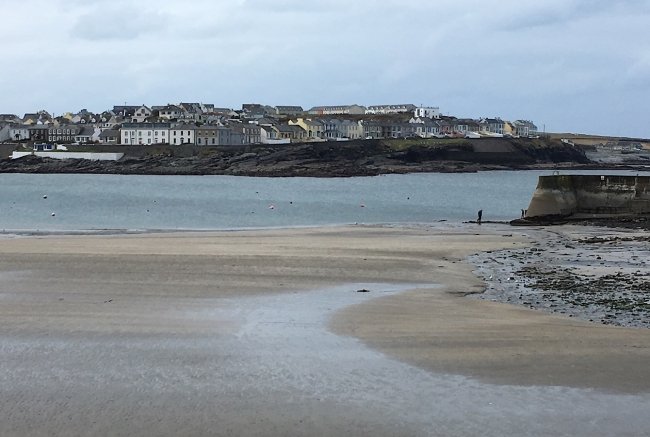 From Doolin I burrowed south, taking in the villages of Spanish Point, Doonbeg and Kilkee, all of which were practically deserted, it being a bank holiday Monday in Ireland. There’s something about seaside towns the world over – great in summer, a bit desolate in colder times.

Undeterred, I decided to make it all the way out to the Loop Head Lighthouse, which sits on an exposed peninsula on the western tip of County Clare – the next piece of land you’d hit west of here would be Newfoundland!

It’s actually quite scary how close to the edge of the cliffs you can get here but fortunately this also allowed me to look down into the Shannon Estuary. Way below I spotted pods of bottlenose dolphin frolicking in the surf. Given how cold the water must have been it made me shiver just looking at them.

While this part of the WAW may lack the scale of the jaw-dropping scenery around Donegal and Sliabh Liag, this section is still well worth a look. It’s very easy to drive and the quaint little seaside villages and towns you pass through guarantee plenty of variety to the scenery you’ll encounter. 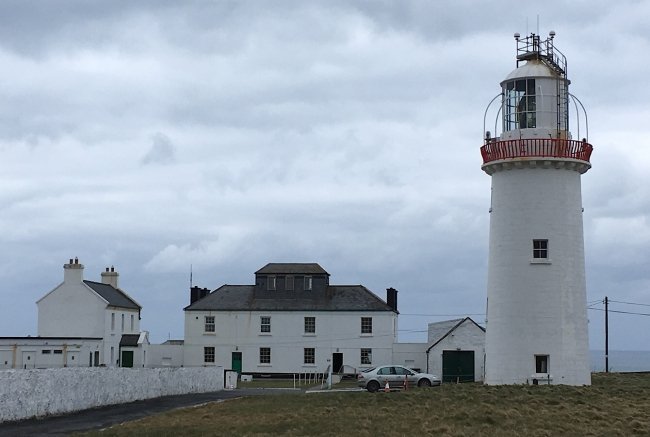