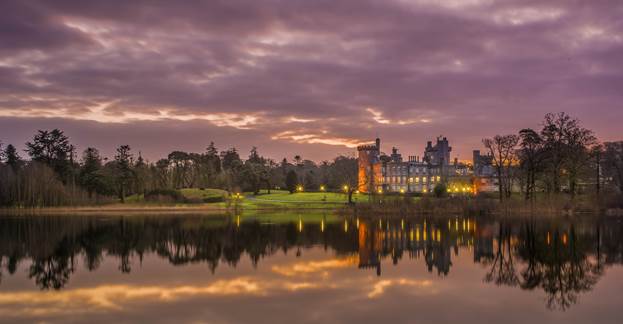 It's not just queens, kings, princes and former American actresses who get to live (and sometimes marry) in grand castles. Sometimes mere mortals like us get the chance to live like royalty – even for just a night or two.

From the moment you turn off the R458 in Newmarket-on-Fergus, County Clare, drive through the gates of Dromoland Castle and take the road through the estate up to the property itself, you can tell you’re in for a real treat.

With a history dating back a thousand years, you’d expect Dromoland to have a few saucy stories to tell. One time home to Sir Donough O’Brien, reputedly the richest man in Ireland back then, it has since played host to The Beatles, George W. Bush, Muhammad Ali, Jack Nicholson, Bono and Nelson Mandela. It is little wonder presidents, movie stars and rock legends feel right at home here.

The five-star hotel oozes class, sophistication and luxury, yet still manages to retain a country house atmosphere which keeps it authentically Irish and without pretention. 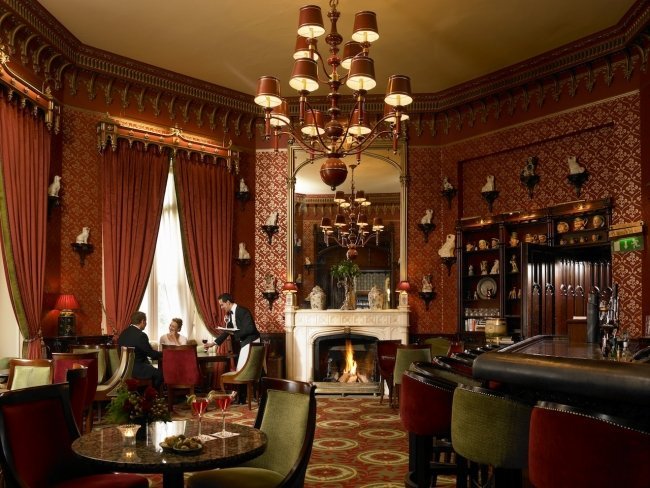 Here, the dinner plates carry the castle’s historic crest but you can still get bangers and mash for €17 (approx. $AU26). It’s a place where children talk in hushed tones, slightly overawed by their surroundings, and people wearing baseball caps back to front look madly out of place.

“The castle has a history which draws people to look at us in the first place,” said John Hehir, Director of Sales and Marketing – North America, as he joined me for another of Dromoland’s main attractions – the cuisine – in The Gallery, one of several dining options.

“Reading the guest comments, the biggest and most enjoyable experience they have is just the interaction with people and the staff. It has a very relaxed, holiday atmosphere.”

The grand old lady has just undergone a £22 million (approx. $38 million) renovation program to the hotel’s 97 bedrooms. I was fortunate enough to be given a Queen Anne suite, which comes with its own separate sitting room, spacious bathroom and four poster bed so big it needed its own post code. I felt like a weekend guest of the lord of the manor. 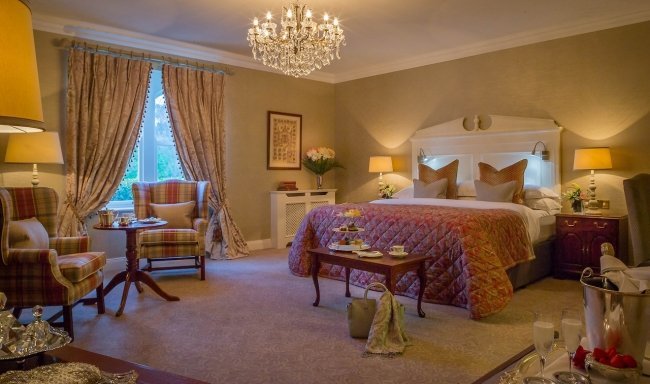 As you would expect from a country estate, outside activities are plentiful. Apart from a golf course, Dromoland offers fishing, tennis, horse riding, falconry, clay pigeon shooting and archery. For those who find such sweaty pursuits too, well, sweaty, there’s an on-site spa, or maybe a gentle pony and trap ride around the magnificent castle grounds.

History buffs who have a thing for castles might also like to take a 15-minute drive down the road to the village of Bunratty, where they have restored the 15th century castle to be found there, along with a 19th century Folk Park.

As we mused over an extremely fine bottle of red, I asked John whether many Australians had enjoyed the delights of Dromoland?

“In the last four or five years we’ve seen our Australian business grow so we are paying a lot more attention to it. We hope to come down more often and be more active in Australia as we are excited about the market there. Australians are laid back and fit in here very easily.”

So if you are ever in these parts, treat yourself to a stop at Dromoland. You may not be a member of the royal family, but staying here you’ll certainly feel like it.