Just this year, drunk Aussies poured their drinks into it, an American bathed in it and a local protester dressed as a Roman senator jumped in it to make a point. Perhaps that’s why locals want to protect it.

But are barriers the answer? 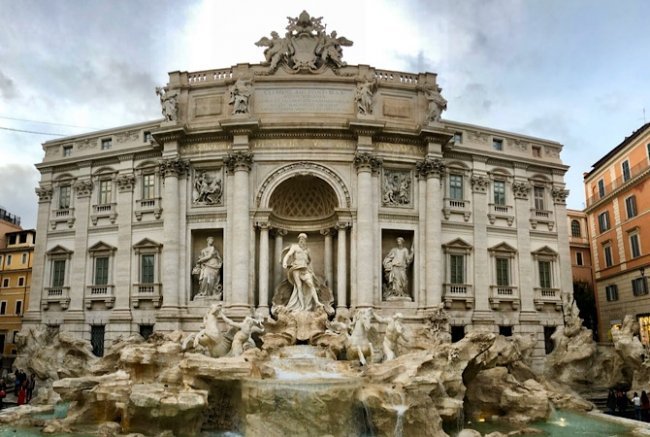 According to Andrea Coia, president of the business committee of Rome's city council and a member of Italy's self-billed anti-establishment Five Star Movement, they are.  Coia has put before the wider city council a proposal, which if accepted, would see the construction of a “protective barrier” that would "prohibit people sitting on the edge of the fountain”, CNN Travel reported.

To Coia the Trevi Fountain is a symbol of Rome, along with Piazza di Spagna (the Spanish Steps), and the Colosseum.

"Rome is one of the richest cities for culture in the world, and a heritage like this must be respected and protected," his motion reads.

"We need to favor a more respectful kind of tourism in the city's symbolic places."

Coia claims that once the barricades are built, police who currently spend their time telling people to stop sitting on “symbolic monuments” would be freed up to concentrate on other things such as dealing with illegal street vendors,

"I put forward the motion because the symbolic places of our city need more control and attention," Coia told CNN Travel, adding that his suggested Trevi Fountain checkpoints would be on the access roads "to safeguard decorum and security."

He said that the measures would "safeguard one of the world's most beautiful places and assure a better experience for those who want to enjoy it."