Venice NOT banning wheeled suitcases…though it probably wants to

Reported fines of $750 to travellers untrue 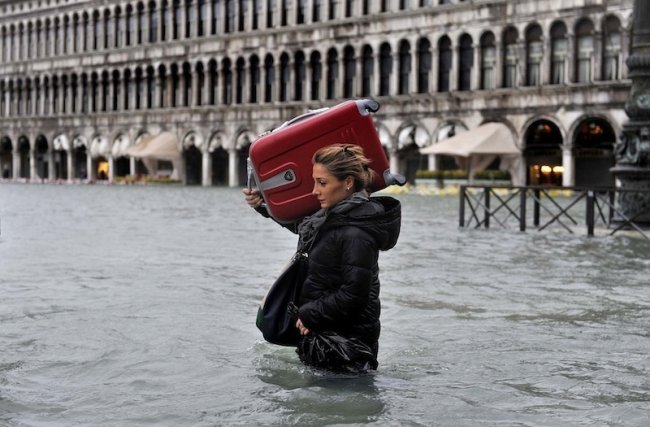 While it didn’t break the internet Kardashian-style, late last week a bit of news broke that certainly did the social media rounds.

Italian media reported that the city of canals and gondoliers was declaring war on wheeled suitcases.

Anyone who has had to pull a wheeled suitcase (with their plastic or hard rubber wheels) along a cobblestone street knows that it can be a noisy affair. And residents of Venice can attest to the noise as almost 22 million visitors visit the city each year and often have to pull their luggage through the fully pedestrianised city, CNN reported.

But it’s not just the noise of the wheels distressing residents; apparently the city’s marble steps and stone pathways are deteriorating at a faster pace thanks to the rough treatment they face at the wheels of our suitcases.

According to local media, city prefect Vittorio Zapparlorto came up with the idea to fine tourists $750 if they did not have quieter air-filled tyres for their suitcases - imagine needing to buy a whole new suitcase just for your trip to Venice.

However, Mr Zapparlorto denied the claims in a statement to media, saying the local authorites were merely considering introducing the compulsory use of air-filled wheels for commercial carts, and even then no final decision had been made, SBS reported.

That said, not one to turn away free publicity, Mr Zapparlorto stated that he hoped the attention would entice luggage manufacturers to develop new Venice-friendly suitcases.