“We don’t want tourists,” says its mayor. But this year Matera, a town in the southern Italian region of Basilicata will be dubbed the European Capital of Culture and, like it or not, the tourists are coming.

The World Heritage listed Matera sits on the top of Italy’s high heel and is home to a maze of Palaeolithic caves, some of which have been transformed into luxury hotels. It is also here, that Carlo Levi published his memoir of exile, ‘Christ Stopped at Eboli’ which laid bare the harsh realities of life in Southern Italy in the forties. 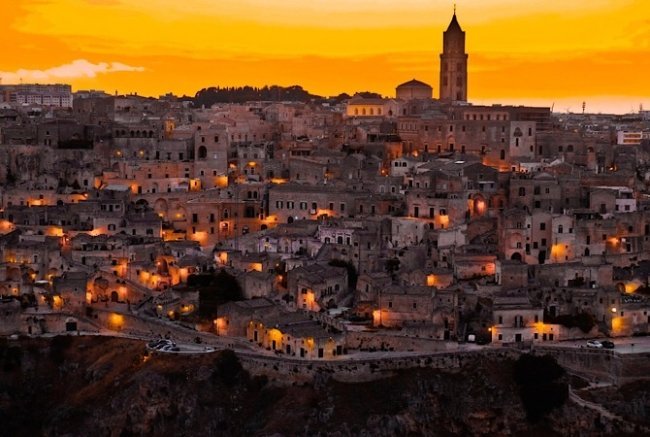 But despite its cultural, visual and gastronomic charms (the crunchy red peppers are supposed to be amazing), Matera’s mayor, Raffaello De Ruggieri doesn’t want the city to be “occupied” by tourists, he told the New York Times.

To De Ruggieri, tourism will deplete a city of its soul.

“Tourism screws up the identity of a place,” Kihlgren told the NY Times.

“The only way to solve this contradiction is to make sure you are obsessive about the identity of the place.”

It took ten years to turn the sassi (stone settlement) into boutique bedrooms which is now  Sextantio Le Grotte Della Civita, but that transformation was a gentle one.

“Once you clean it too much, you lose the character. You lose the soul of the house, the souls of the people who lived there,” he said.

“These are ancient historical nests — they should provoke an emotion. They are not supposed to be beautiful.”

The hotel is running at 80 percent occupancy, so the tourists are coming. And with the city being crowned 2019 European Capital of Culture, more are on their way.

But Salvatore Adduce, President of the Matera Basilicata 2019 Foundation is picky about who is coming.

“I will be brutal: We do not want tourists,” he said.

“It should not be, ‘Let’s see a church and eat pasta and try those crunchy red peppers and leave a few pieces of plastic behind’.”

“I want people to have an experience that will change their lives, change the world,” he said.