A day on Japan’s most beautiful bay

It's the stuff of legend among Japanese, but Matushima remains largely left alone by overseas tourists. MARK HARADA visits Japan's most stunning bay, and is left... stunned.

Visitors can’t count the 260 gorgeous isles that make up Matsushima, but they know they’re there; it’s unlike Japanese to do the wrong math.

Though in Japan, they’re hopeless romantics too, so each island is endowed with a name, and often a story behind the name. 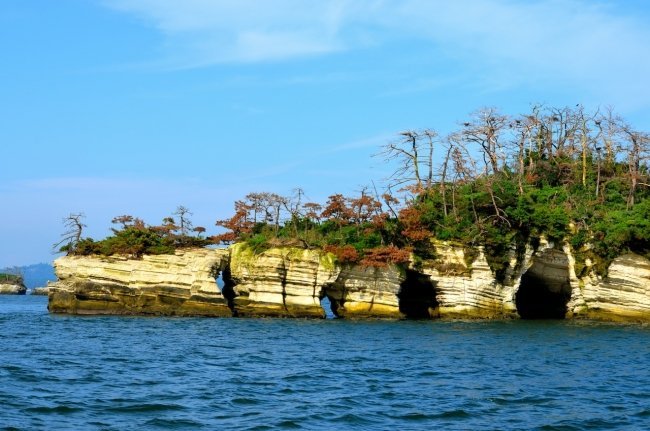 During a sightseeing cruise on a glorious autumn day, we’re told about the neighbouring “husband and wife” islands of Meotojima (jima meaning island), who “share the same heart”, and Zaijojima, where fabled samurai Date Masamune would view the moon with friends.

Then there’s Kabutojima, whose shape recalls a warrior’s helmet and Kanejima, named for the crashing waves that sound like a ringing bell, and Nanaijima, whose with four arches recall the holes in yen.

But Matsushima Bay is a sight to behold, with or without names and legends. 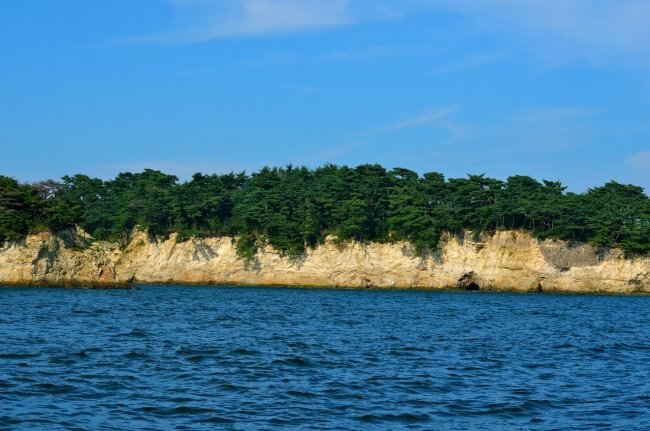 Varying in size from a few metres to several kilometres in circumference, Matsushima’s islands are renowned for their eroded, whitish rock faces, and pine trees (hence its name, 'matsu’ pines, ‘shima’ island). Islets like Ojima and Fukuurajima can even be explored via their bright red bridges, the latter (and longer) of which is illuminated at night.

Elsewhere, just steps from the mainland, stunning Godaido Temple sits on an island with arguably the best views of all, overlooking Matsushima-cho (town), bay and the surrounding regions. 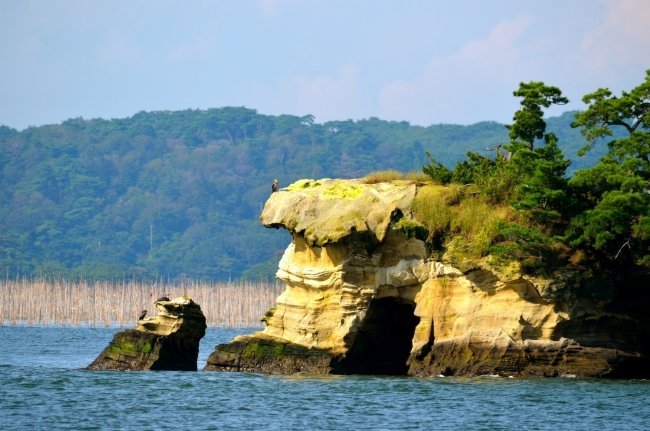 Matsushima is actually one of the Nihon Sakei, or Three Views of Japan, an edict that for centuries has recognised Japan’s three greatest scenic sights. In a country abounds with natural and cultural wonders, that’s no small feat.

In that time it has welcomed everyone from legendary Haiku poet Matsuo Basho, who was left speechless by its beauty, to the Emperor Meiji.

Today, it has become the most popular northern coastal area among Japanese holidaymakers, but remains relatively unknown among western tourists, as evidenced by the lack of foreign faces here this afternoon. 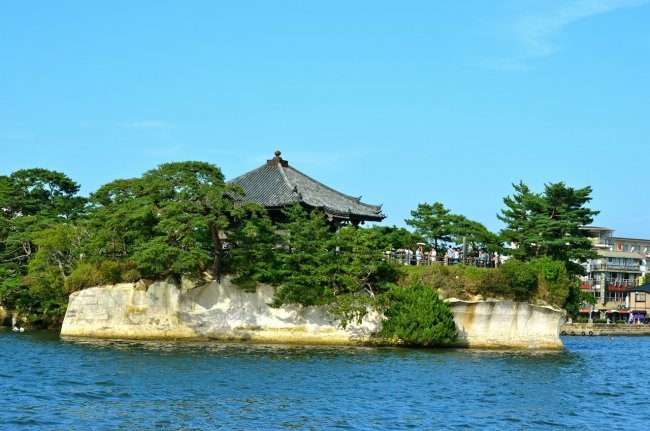 For all its value as a destination, five years ago, the bay played a far more vital role than tourist site. In March 2011, when the Tohoku tsunami hit northern Honshu, the 260 islands acted as a natural breakwater, sparing Matsushima from any significant damage and most importantly, saving lives; depending on which report you read, no one in Matsushima was killed, compared to thousands elsewhere. And thus was written yet another significant chapter in an already legendary tale.

Why Australians can’t get enough of skiing in Japan What else to do? Matsushima is worth visiting for the bay and islands alone. But literally within metres of the waterfront is one of Tohoku’s most famous Zen Buddhist shrines, the beautiful Zuigan-ji. Originally built in 828 by pioneering Japanese Buddhist priest, Jikaku Daishi, the temple attracted monks from as far away as Kyoto, who would dwell and pray in surrounding caves, which can be seen close-up on the walk to the temple.

Rebuilt by Date Masamune in the early 17th century as his family temple, Zuigan-ji is now a major drawcard, mostly due to its masterful construction, which utilised the finest in cypress and cedar woods, and other materials sourced from as far away Wakayama (near Kyoto). It’s main building, which comprises beautiful shoji, door carvings and paintings, and even a room for suicidal samurai, is seriously impressive. 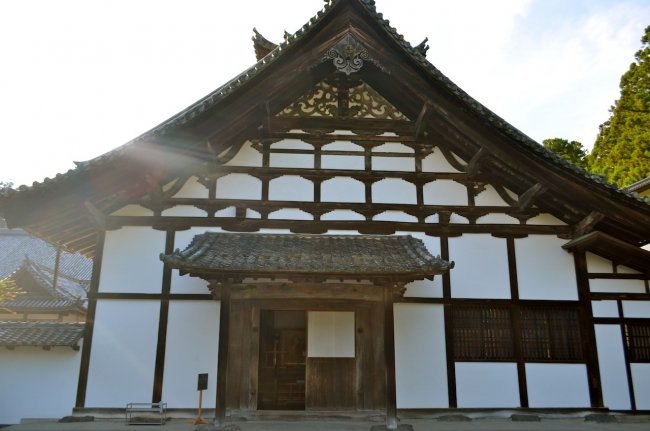 Sandwiched between the temple and the bay, Matsushima-cho is a bustling area, and like many seaside towns, great for people watching. Best done with a cold drink, ice cream or preferably, Japanese snack.

Where to stay? Impossible to miss from the Matsushima waterfront, Hotel Matsushima Taikanso is the obvious choice for accommodation in the area. From its perch above town, this hotel commands unbeatable views of the bay and islands from almost every corner, as well as forests on the other side. Its rooms range from traditional Japanese, which feature tatami, shoji and chabudai (dining tables), to basic, yet comfortable Japanese/Western rooms. As well as boasting an excellent buffet restaurant, the property has indoor and outdoor Japanese baths with views to boot. 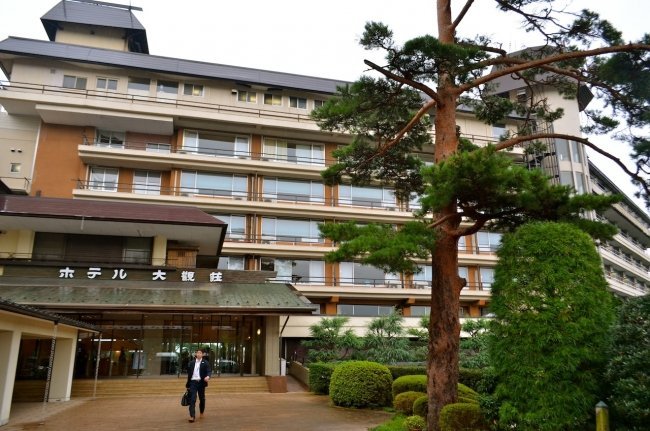 How to get there? It takes 1.5 hours from Tokyo to Sendai Station on the Tohoku Shinkansen (bullet train). From there, it’s around 40 minutes to Matsushima Kaigan Station by local rail.

The writer was a guest of the Japan National Tourism Organization (JNTO).