There’s a hint of dark tourism in Nagasaki. But behind that darkness is light, and a message for peace, as MARK HARADA discovers. 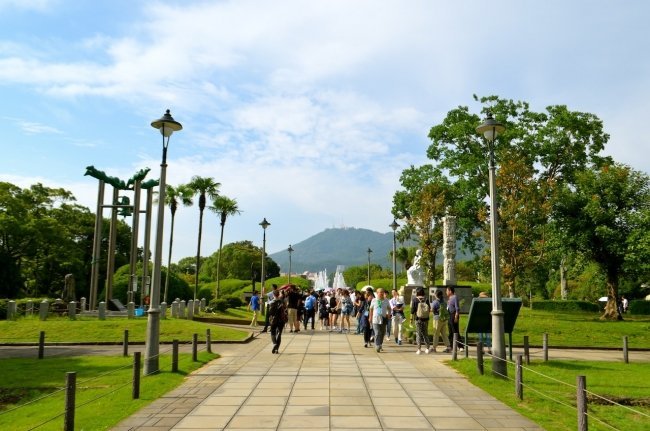 Stories relating to the atom bomb blast that effectively ended the Second World War are everywhere in Nagasaki. Yukiko’s is of her old school.

Shiroyama Elementary was just 500 metres from the hypocentre of the explosion, but miraculously, a small part of its structure stood firm. Rebuilt again as a school, it now also acts as a museum for those interested in its story.

With poignancy but hope, Yukiko recounts the monthly “peace lessons” and remembrance ceremonies she experienced as a pupil, services that still exist. Today our guide, she says the observances occur on the 9th of every month to mirror the detonation, on 9 August 1945. 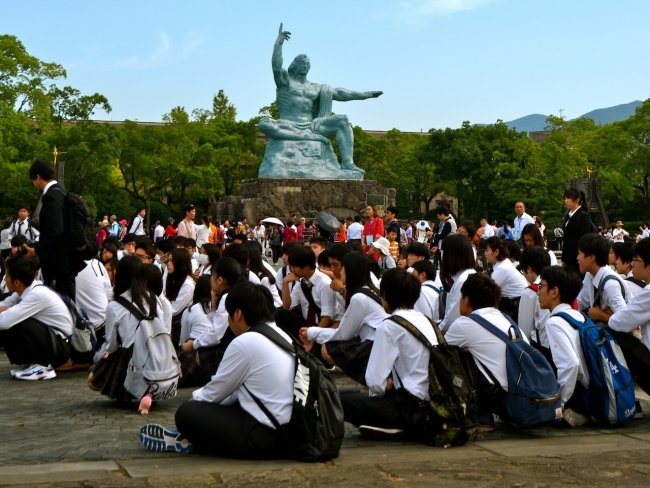 Literally just down the road from the school is Nagasaki Peace Park, probably the most significant homage to the bombing. As I submerge from the underground car park the first thing that hits me is the throng of people.

On this sparkling day, the Nagasaki Peace Park isn’t exactly peaceful. But this is a story that needs telling, with lessons that need learning, and so crowds should be, and are welcomed.

Dominating the park, which marks the bombing on August 9 every year with a Peace Memorial Ceremony, is the 10-metre high Peace Statue. Here, flowers are laid and there’s even a tribute comprising thousands of brightly coloured paper cranes (synonymous with peace and prosperity in Japan). On the other side of a large open space, official gifts (mostly monuments) from every corner of the globe draw onlookers almost equally international. There are also local school groups among plenty of selfie takers.

I soon find a recent Australian present – the indigenous ‘Tree of Life’ that honours Nagasaki and Hiroshima as well as those affected by bomb testing in Australia. But touching tributes are everywhere, like the small field of ‘Friendship Blossoms’ given by the US and several moving monuments featuring children.

Beyond the Fountain of Peace (that sends up water in the shape of wings) and pretty flowerbeds, I work my way down to the Hypocenter Cenotaph, which marks the exact spot under which the bomb exploded some 500 metres above. Here, relics of the former Urakami Cathedral are preserved, while the small remains of obliterated homes are displayed. 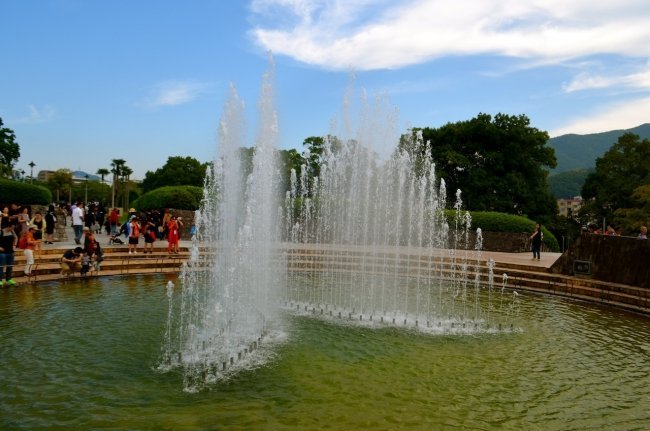 The Fountain of Peace

Not far away, the incredible National Peace Memorial Hall (part of which lights up spectacularly at night) and Nagasaki Atomic Bomb Museum are definitely worth a visit, while numerous memorials pepper the surrounding area, like the fallen bell tower of the original Urakami, which had been the largest Catholic Church in East Asia, the bombed effigy of Mary and several headless statues.

But the air raid shelters at Yamazato Elementary School, where countless children, teachers and residents perished after the bombing, is perhaps the most poignant of places in the whole city. Because sometimes, reminders like Shiroyama and Shiritsu are necessary. Yukiko, you have our attention… 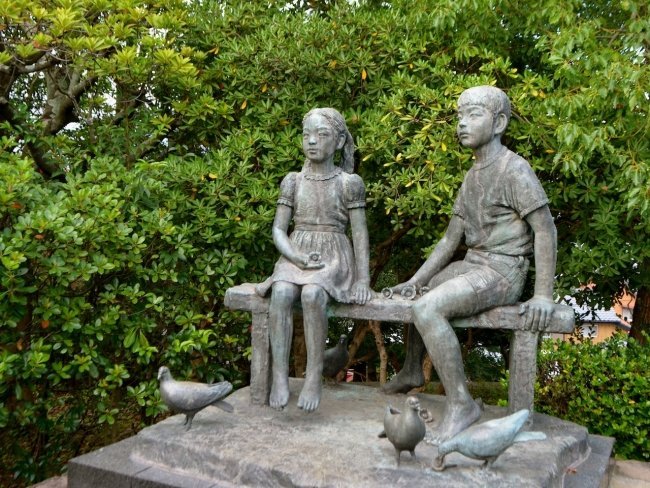 Whilst in Nagasaki ... visit Mount Inasa. Considered one of Japan’s Three Great Night Views, the view from the top of Inasa overlooking Nagasaki is stunning – and the sizeable crowd at the large lookout on this night is testament to its popularity.

Whilst here, I overhear at least a few onlookers compare the evening views to those atop Mt Victoria in Hong Kong. I can’t imagine many cities looking this spectacular – day or night. With dark forest and insects blaring on one side, and the bright lights of Nagasaki on the other, this is one spot not to be missed.

Traveltalk was a guest of Japan National Tourism Organization (JNTO). The writer stayed at the Luke Plaza Hotel in Nagasaki.

Read about our visit to Dejima Island, Nagasaki 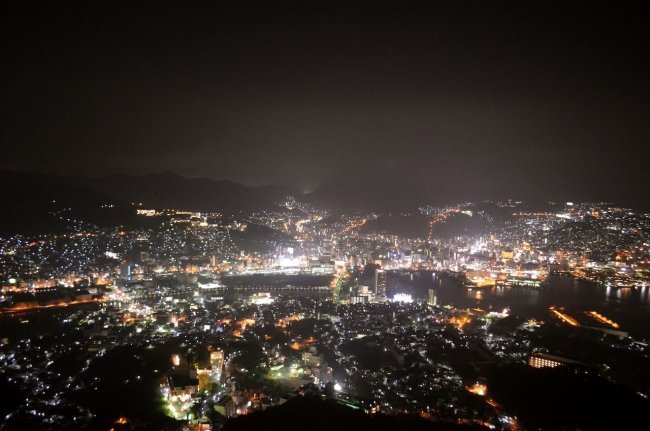