No matter how trashy you may think a theme park may be, it’s no garbage incinerator. Or is it? 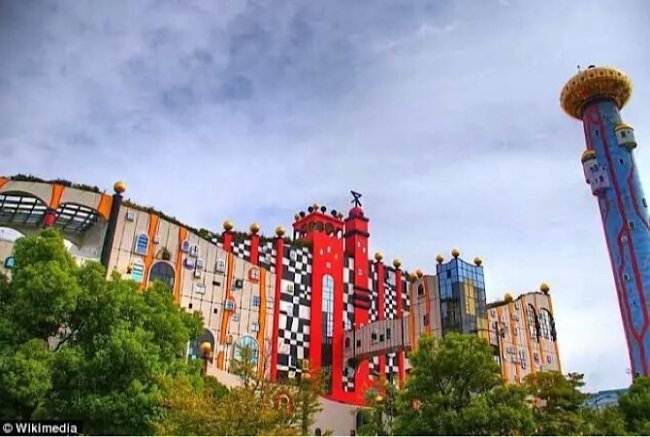 Some 12,000 people visit Maishima incineration plant in Osaka’s Konohana ward each year. Thirty percent of these visitors are international.

While an incinerator may have its charms, regional officials have suggested that part of its attraction is actually mistaken identity, The Asahi Shimbun reported.

And before you go blaming the ‘dumb’ tourists, Universal Studios Japan is actually quite near the plant and the plant itself has the look of a theme park.

With a golden, onion-shaped chimney that stands 120 meters high, and walls decorated with a checkered design and red and yellow lines, the plant has more of a theme park look than it does a facility that incinerates 900 tonnes of garbage a day.

It turns out that the incinerator plant, which was built in 2001 based on a design by the late Austrian artist Friedensreich Hundertwasser and dubbed a “fusion of technology, environment and art”, has become an attraction in its own right.

But we’re just not sure if the kids would choose a trip to an incinerator over a theme park...