No more cash or credit cards?

Never a country to shy away from adopting new technology, Japan will this [northern hemisphere] summer begin trialling a system, which will allow foreign tourists to make purchases using only their fingerprints. 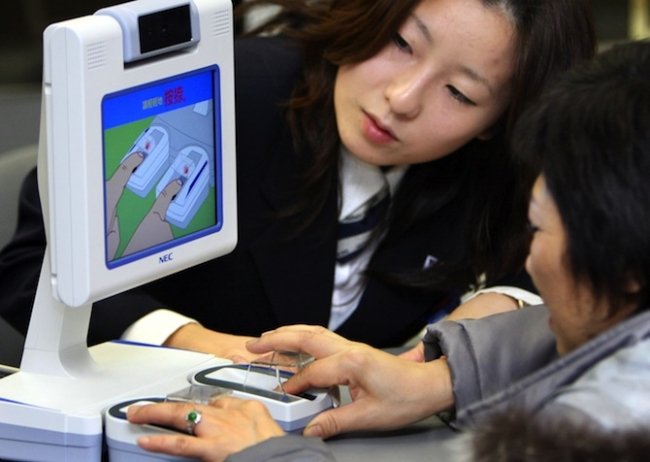 It is hoped the trial will lead to a reduction in crime (already at an extremely low level in Japan), allow tourists to get around without cash or credit cards, and ultimately increase tourist numbers to Japan to 40 million by 2020.

According to The Japan News, the government is looking to properly implement the technology by the 2020 Tokyo Olympic Games.

The test-run will involve tourists registering their fingerprints and data such as credit card information at airports and other places.

During the purchasing process, travellers will need only place two fingers on special devices installed at stores to verify their identities.

In accommodation properties, the government hopes fingerprint IDs will eventually be used to replace passport identity checks at check-in.

Some 300 souvenir shops, restaurants, hotels and other establishments will participate in the experiment, which will initially take place in areas popular with foreign tourists like Hakone and Kamakura, before expanding to sites in the Tohoku region and Nagoya by next [northern hemisphere] spring.

To allay fears over security, the experiment will examine issues including how to protect one’s privacy and information management.