It won’t matter if you can discern your sushi from your sashimi, your ramen from your somen, or your sencha from your matcha; unless you’re Japanese, this Michelin-starred Tokyo restaurant won’t serve you – apparently. 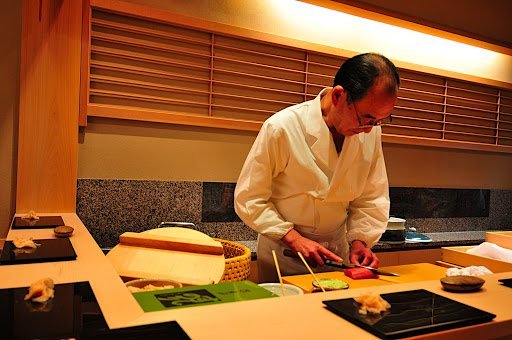 Two-starred Sushi Mizutani told AFP it has an “across-the-board policy” of not accepting bookings by non-Japanese customers, unless they are made through a hotel concierge or a credit card company.

And it makes no apologies for not taking reservations by foreigners, with a member of its staff saying the restaurant did not think it was doing anything “discriminatory”.

“(Non-Japanese) customers may not show up for their reservations,” said the restaurant worker, adding employees did not have the foreign language proficiency to explain requirements to patrons.

“We prepare fish for the number of expected customers and have to turn down other requests for booking sometimes. We simply cannot afford it if people don’t show up.”

The confirmation came after a story emerged the restaurant had refused to take a reservation for a Chinese journalist who had been living in Japan for 30 years, and was fluent in Japanese, the Nikkan Gendai tabloid reported.

Prices at the restaurant, which is located in Tokyo’s upmarket Ginza area, start from 20,000 yen (US$168) per person.

In all fairness however, it could just be that Sushi Mizutani may have just formalized a policy that countless restaurants around the world may cheekily, and secretly, impose anyway.

In its defense as well, a quick perusal of the restaurant’s Facebook page also reveals a number of non-Japanese diners. However, these could all have been booked by a hotel concierge, which remember, is okay.

What do you think of this swish fish eatery’s policy?