It was once the centre of government in Kyushu; now Daizaifu is one of the Japanese island’s tourism hubs - and for good reason, MARK HARADA discovers. 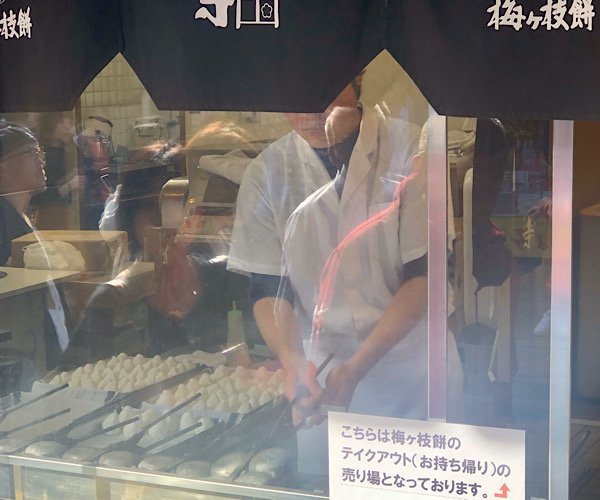 Watching umegae mochi (red bean rice cake) makers through store windows on Tenjin-sama Dori in Daizaifu is mesmerising, as they fill, flip, and flop glutinous rice flour in and out of snug moulds in a seemingly endless cycle.

According to our local guide, Atsuko Oda, some 6 million people visit Daizaifu each year, and a good deal of those appear to hit up the many rice cake stalls along pedestrianised Tenjin-sama street when they come. It’s little wonder then that these cooks are so adept at their craft.

Meanwhile, other food outlets that might attract their own lines elsewhere - like stalls hawking strawberry crepes and other tasty somethings - are almost ignored for their adzuki (red) bean-filled, rice-based alternatives. 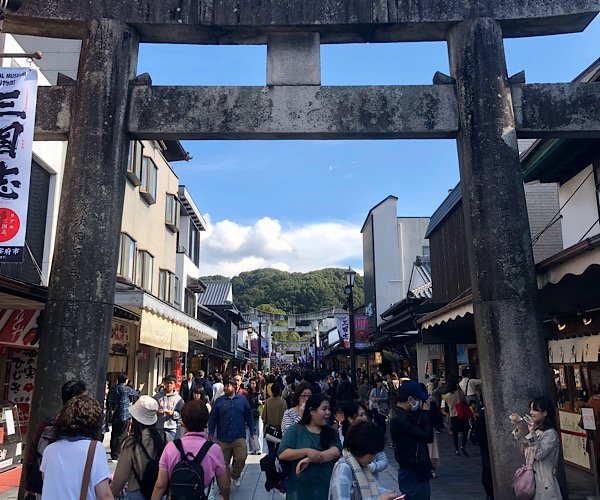 Through throngs of cake carrying tourists, I pop into various stores, like the manga-inspired Totoro shop, and pass by others like the striking Starbucks, designed by the man - Kengo Kuma - responsible for Tokyo’s new Olympic Stadium.

Between souvenir and sweet shops, the occasional shrine is also revealed, promising a short respite from the crowds, while those who venture further from the busy thoroughfare will come across even more tranquility at Komyozen-ji - a 13th century temple most well known for its spectacular rock gardens - and other places of worship. A few short blocks from here is the huge but hidden Kyushu National Museum.

For all Tenjin-sama’s appeal however, the biggest attraction here is terrific Tenmangu Shrine. 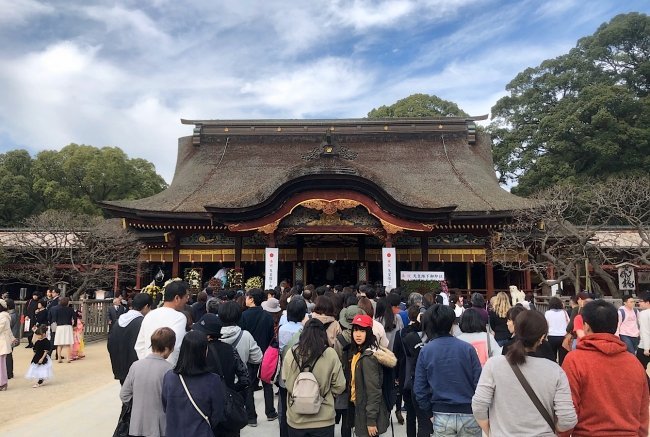 Arguably the most famous shrine in Kyushu, Tenmangu is dedicated to Sugawara Michizane, a ninth century scholar whose moniker, Tenjin-san, inspired the shrine and main street’s names. So many who come here, Atsuko says, come to pray for academic success - with a side order of rice cakes.

On this glorious Sunday afternoon, locals have formed a lengthy queue in front of the shrine to rub a statue of a sacred ox for good luck; the legend goes that the cow was supposed to carry the deceased Tenji-san to his final resting place until the scholar’s spirit willed it to stop here. The shrine was then built around this point.

Over the arched red Taiko Bridges we cross the pretty koi (carp) filled Shinji-ike Pond, an act that is said to purify the soul, before literally cleansing ourselves at the temizuya, a water basin placed in front of every shrine. 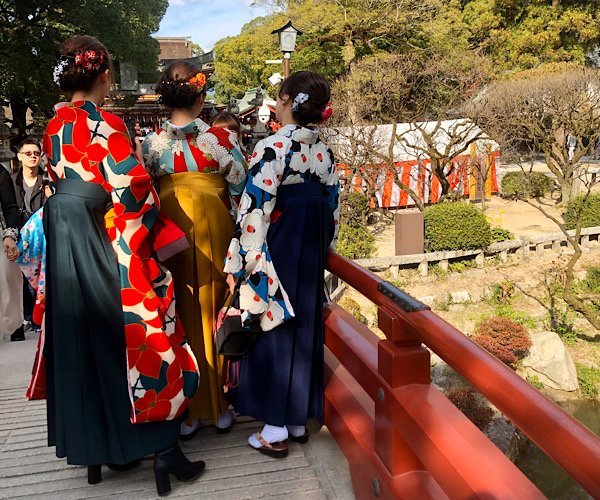 In an area just outside the main gate, Chrysanthemum competition displays add even more colour to the scene, while passing kimonos - worn by adults and kids alike for Japan’s ‘7-5-3’ birthday festival - complete the kaleidoscope.

Within the shrine, an even longer line extends from the honden (main hall) to the front gate. Around this, tourists snap pics of the stunning structures while others shop for offerings. With this many people around, the scene is hardly zen, but befitting Japan, it’s never chaotic.

I promise myself I’ll return here, as I pass the beautiful Iris Pond on the way out. But for now, I’ll just return to the mochi makers. 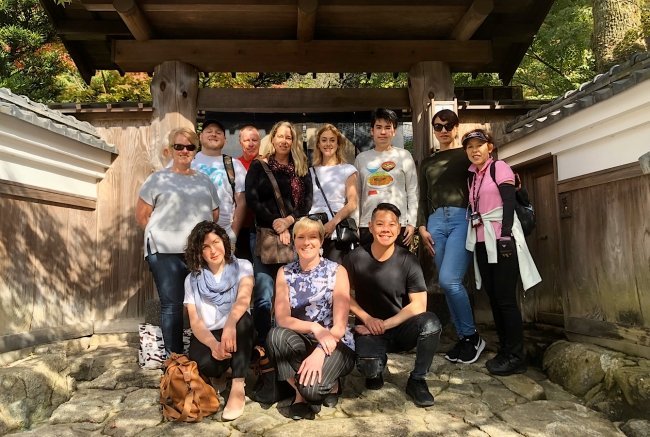 Visitors can take their pick of countless eateries along Tenjin-sama. But a few blocks away, Umenohana would be tough to beat. Part of a gourmet chain, Umenohana is described as a tofu restaurant, but serves much more than just bean curd. Think a tofu-based kaiseki menu in a traditional Japanese setting - that is, among horigotatsu tables, tatami mats and shoji screens, and framed by beautiful gardens.

What else to do?

A 10-minute drive from downtown Daizaifu, Kamado Shrine offers visitors a more chilled experience than Tenmangu. As well as affording great views over Daizaifu, Kamado is a wonderful spot to see gorgeous reds, pinks and oranges of autumn leaves, some of which are on display during my visit.

How to get here?

If you’re not coming here on a tour, you can catch a train from downtown Fukuoka to Daizaifu Station in around 30 minutes.

Traveltalk attended the JNTO E-Learning Agent Famil as an exclusive media guest of the Japan National Tourism Organization. While in Fukuoka, the writer stayed at the Miyako Hotel Hakata.