The house an atomic bomb built

Some moments in time - as heinous as they are - won’t be forgotten. MARK HARADA visits a museum dedicated to one such moment in the Kyushu city of Nagasaki. 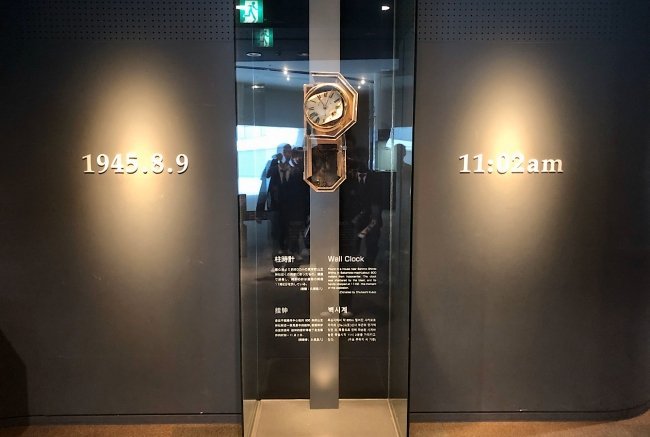 I’m at the Nagasaki Atomic Bomb Museum. It’s November 11. Remembrance Day. So it’s already a special time to be here. That it is also the seventh anniversary of the passing of my father - a Japanese man born during World War Two - makes this visit even more memorable. But anyone could come here on any day, in any year, and be moved to tears.

There’s no easy way to approach a museum devoted to an event that saw tens of thousands of innocent people die. That’s the point.

But as it states at the entrance of the exhibition, next to a clock found in a Shinto shrine 800 metres from the hypocentre (where the bomb exploded), frozen at 11.02am (when the bomb exploded), ‘Nagasaki must be the last place exposed to an atomic bomb’. So institutions like this matter greatly. 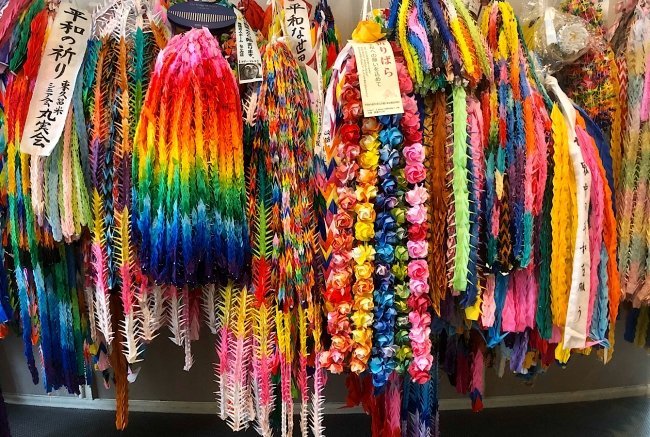 Past the stunning Nagasaki National Peace Memorial Hall, where 70,000 submerged lights mark lives lost in the bombing every evening, we enter the museum. Immediately, we’re met by countless origami cranes - a symbol synonymous with hope and healing in Japan - in almost every direction.

But the cranes’ colours, and light from the large glass dome above, quickly make way for the more appropriate darkness of the exhibition itself.

As I walk in, a clock ticks over the PA. Or it could be a heart beat. Either way, its effect is powerful - and jarring. Just beyond this an expansive room displays structures that were severely damaged from the blast, including a hunched water tower, scorched statues and (reproduced) ruins of Urakami Cathedral - once the grandest church in East Asia. 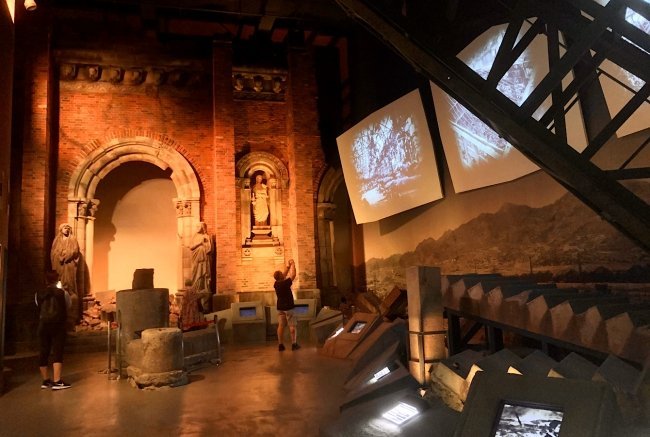 Elsewhere, there are detailed timelines of events surrounding the bombing, infographics and a plethora of photos of a hilly city, flattened.

But it is the personal effects that make the biggest impact on me (and I’m sure many others) such as the half-melted children’s bento boxes and toys. As I stand next to a detailed replica of the bomb itself, scores of baseball-capped primary school pupils emerge from seemingly nowhere, followed by a bunch of older students. And I can’t help but cast my thoughts back - rightly or wrongly - to the tragic plight of similarly aged children in this city almost 75 years ago.

Elsewhere there’s a quiz corner, small theatre screening documentaries and a ‘Peace Study Room’, where first hand accounts are given. But secondhand accounts matter too. ‘Please do not forget; please tell others,’ reads a sign at the museum. If you’re going to recount a story from your trip to Nagasaki, make it this one.

Back outside, steps lead me down past monuments, hushed and harrowing, to the hypocentre of the blast, which technically occurred some 500 metres in the air. Here, next to roads heavily trafficked, school groups come and go to learn about a history no one wished had happened. 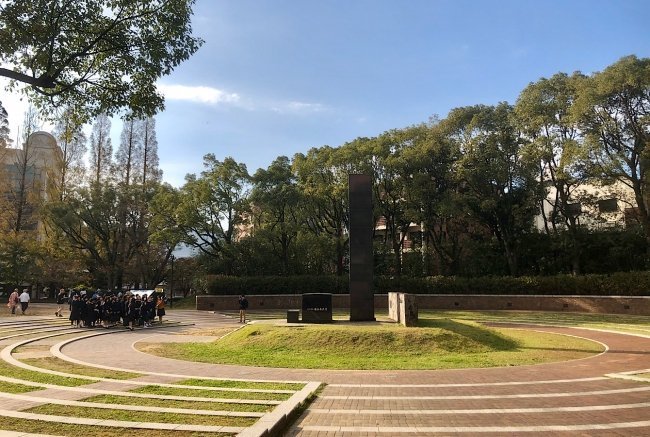 A simple charcoal grey obelisk has been erected at ground zero, while to the side, the remains of an Urakami Cathedral wall that were still standing after the blast have been moved here. Proof that even an atomic bomb blast can’t destroy everything. Like the human spirit.

While you’re here... A short walk from the hypocentre, check out the Nagasaki Peace Park. Read about my visit to the park here. 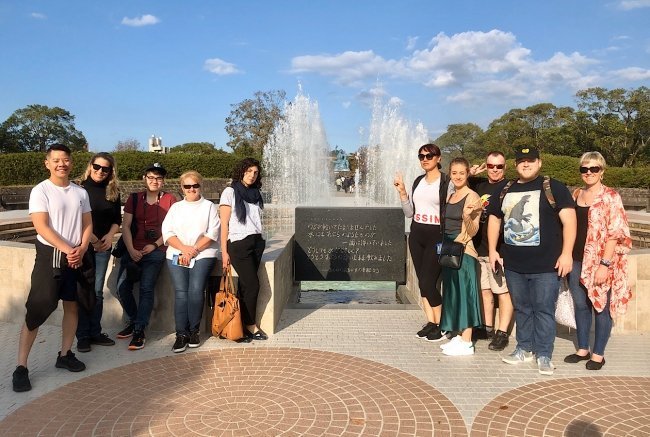 The JNTO E-Learning agent famil group at the Peace Park

For something different... Meganebashi Bridge is one of the many 17th century stone bridges crossing Nakashima River. Look back at Meganebashi from Fukuro Bridge and you’ll see where it got its name - ‘Spectacles Bridge - from, as the reflection of the under-arches of the bridge on the water create an eyeglasses look. But there’s plenty of history in this part of Nagasaki too, especially around the city’s oldest shopping street, Nakadori, the numerous temples at the foot of nearby Mt Kazagashira and the small neighbourhoods in between.

For 360-degree views of the city, its harbour and surrounding areas, head to the top of Mt Inasa (via Inasayama Ropeway), which boasts what is widely considered one of the best evening city views in the world.

While in Nagasaki, the writer stayed at the New Nagasaki Hotel. 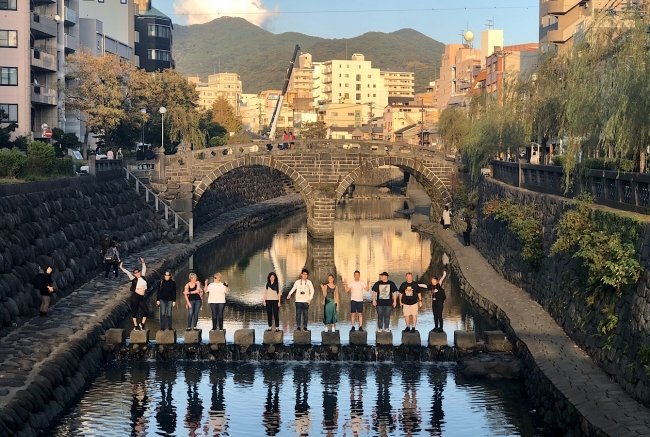