Why even adults MUST visit Sanrio Puroland

This indoor theme park devoted to Japan’s cutest export is the ultimate in kawaii kitsch and a must visit for those who want to experience Japan just being Japan. And if you’ve got a kid - fabulous - they can be your beard, writes opportunistic mother, GAYA AVERY.

In the 2016 US presidential race, there was a candidate who was worth more than Trump and who had even less experience than him. Her name was Kitty White.

When Trump was mocking the physical disability of a journalist and citing his minions to violence, Kitty White was calling for people to join the Friendship Party, because, as she always says, “You can never have too many friends”.

I am talking, of course, of Hello Kitty (yes, her actual name is Kitty White). The Financial Review put this perennial third grader’s worth at some US$4.4 billion in 2016 (despite minimal marketing spend) and her empire is massive. 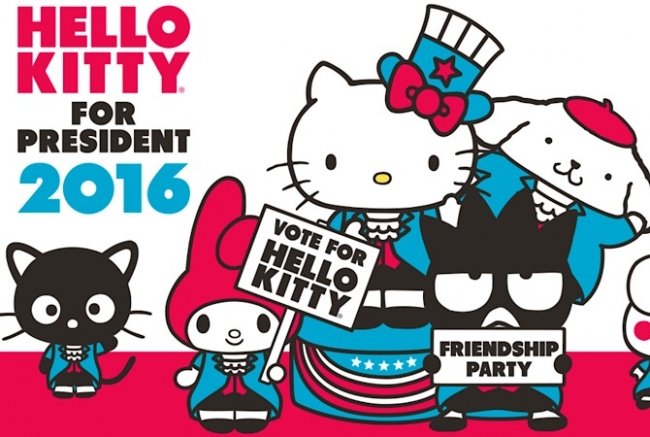 But my three year old cares nothing for this. She has never seen Hello Kitty on television or YouTube, but on her last visit to Japan was gifted a Hello Kitty soft toy (complete with kimono) and that was enough to spark instant devotion.

Like most three year olds, she’s all about Frozen, so one would think Tokyo Disney would be the obvious choice for a theme park visit, but we wanted a truly JAPANESE experience. And Sanrio Puroland (or as some know it, Hello Kitty Land, Tokyo), from its incredible edible creations to its array of purikura (photo booth) machines, is a side of Japan that simply cannot be missed. 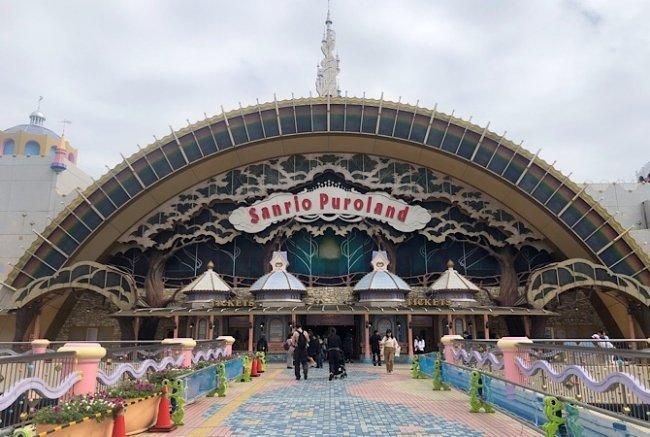 While Sanrio Puroland is located just a half hour from Tokyo’s Shinjuku station, the actual fun begins on the train itself. On Hello Kitty’s birthday this year (2018), the theme park and Keio Line (one of Tokyo’s major train lines) introduced trains emblazoned in all things Sanrio. 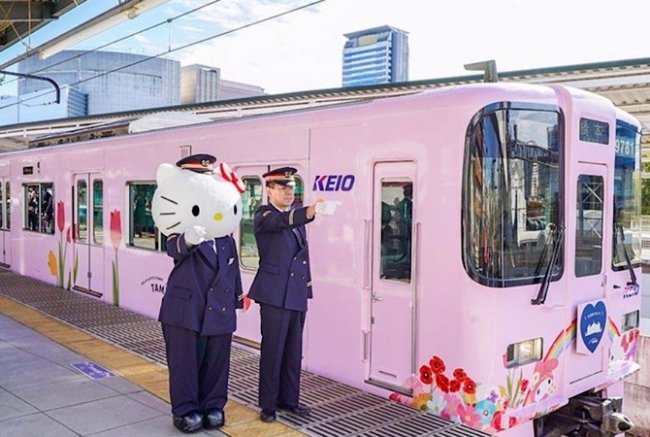 If you haven’t already bought your tickets ahead of time (in Australia from JTB or Sachi Tours), you can pick up an Amusement Passport at Shinjuku station which includes a one day pass valid for the Keio and Inokashira Lines and a one day pass for Sanrio Puroland including attractions.

Once you arrive at Keio Tama-Center Station, have your cameras ready, as you’ll be guided to the entrance to Sanrio Puroland (just a five minute walk from the station) by Hello Kitty and her friends as the station and the route to the park are decorated accordingly. 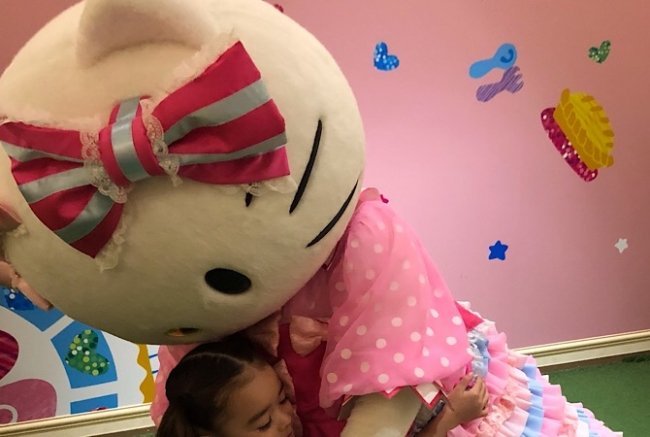 Upon entrance, park your pram and head to Lady Kitty House for a sneak peek inside Hello Kitty’s home (and a meet and greet with the star herself) before lining up for the Sanrio Character Boat Ride. The ten minute boat journey was my daughter’s first ever ride and it was perfect. The look on her face defined what childhood should be: equal parts wonder and happiness.

The park’s only other ride, Mymeroad Drive, is devoted to My Melody and Kuromi. It has six photo opportunities, and the photos, which can be decorated by your little one (kind of like what you do in a purikura session) make for great souvenirs. 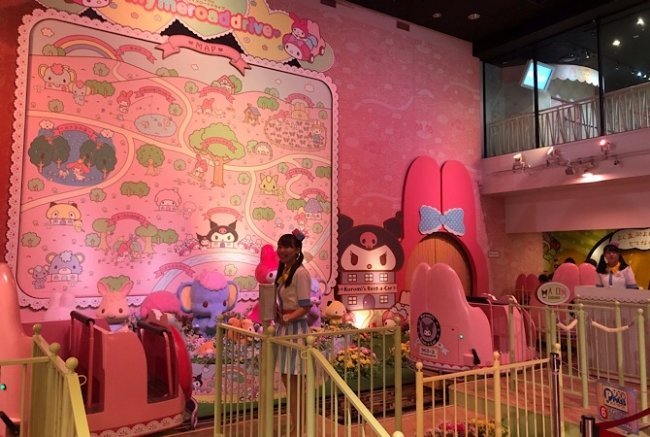 In the category of food that most resembles characters, the winner is Japan and in a character driven theme park, Sanrio Puroland delivers on the kawaii eats front.

Tuck into dishes like curry or pasta modelled on Sanrio characters at the Character Food Court and boost your insta cred or check out a show while having your fill at the Restaurant Yakata (the ramen is renown). For those with a sweet tooth, head to Cinnamoroll Dream Cafe where the look of your dish could potentially be sweeter than its taste. 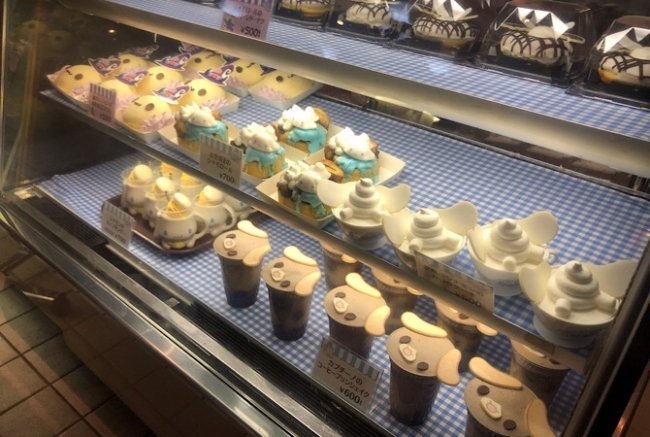 But for me, the highlight of Sanrio Puroland has to be its shows. Kawaii Kabuki is no amateurish job. Though kid friendly, this feels like real kabuki that happens to star Hello Kitty and her friends. And while in Japanese, we’re told to download the Omotenashi Guide app for a real time translation on our smart phones (there’s free Wi-Fi at the park, so this is a breeze). 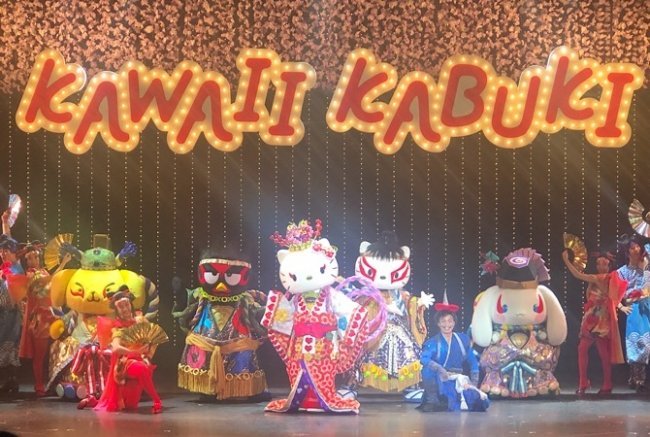 The story pits the Hello Kitty theater troupe against a group of demons, but (spoiler alert) all are brought together through dance and song, ending with each accepting their differences and pledging to work together for a future where people everywhere are “happy and smiling”.

The Miracle Gift Parade has a similar storyline. Unlike traditional parades in which characters stream past smiling and waving, there is a fab song, dance and lights number which, like Kawaii Kabuki, shows that love can make even the darkest and coldest of hearts shine.

And it’s here mid-parade, face to frog (Keroppi, the frog from Donut Pond) that I realise that here is proof that a cartoon character bringing love and light into the world would make a far better president than most people.

WHERE TO STAY: The Keio Plaza Hotel Tama is conveniently located within walking distance of Sanrio Puroland. But if you want to stay close to the thick of the action in downtown Tokyo, check out the Keio Plaza Hotel Tokyo in bustling Shinjuku. Read our review of the hotel here.

Tickets are available in Australia through Qantas Holidays.