The Penang travel advice I’ll never follow (but probably should)

Don’t do it, she said. And she was practically a local so she should know, but there are some things in Penang, and Malaysia, you just have to do… 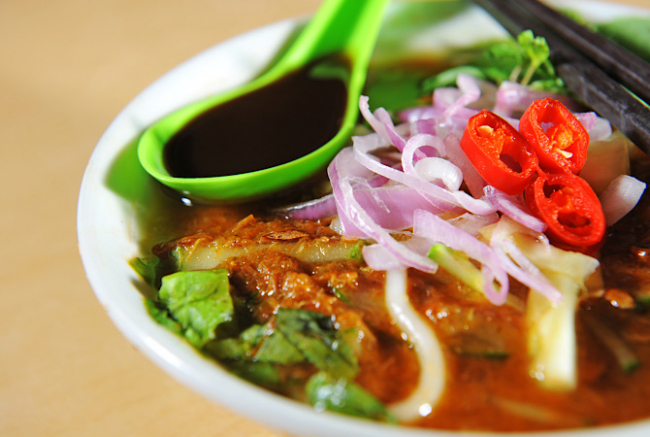 We’d synchronised our clocks the night before, had established a game plan before even entering. Because when you’re in a hotel in Penang you must approach your breakfast with near military precision.

Like elsewhere in the country, Penang has some pretty fabulous hotels. And these hotels have some pretty fabulous buffet breakfasts. Here, bright tropical fruit provides a colourful backdrop for idlis and dahl, steaming hot dumplings, kaya toast, the famed nasi lemak of course, and all the usual ‘Western’ delights of stuffed omelettes and delicate pastries. 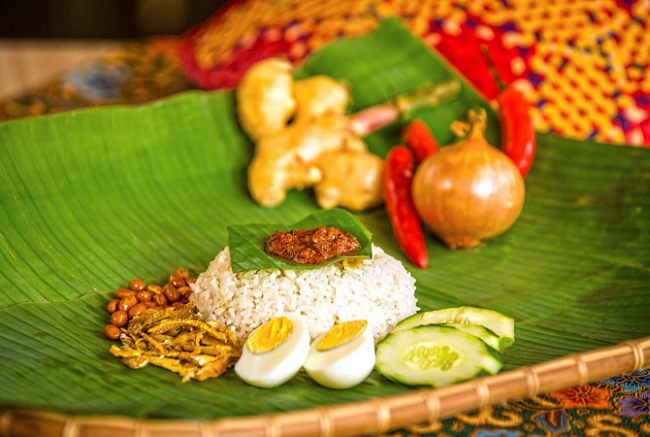 I was just leaving the soup bar with my newly constructed laksa when a travel agent who specialised in Malaysian travel warned me off it.

“Just stick to the fruit or something light,” she said, balancing a bowl of cereal. I dismissed her as one of those ‘I only eat breakfast foods in the morning’ people. But her words came back to haunt me throughout the day.

Because when you’re exploring the food capital of Malaysia (itself a pretty impressive foodie paradise), you will discover such delightful edible treasures that you will wish for only one thing: more room in your belly.

It started with samosas. It had been a mere 30 minutes since breakfast and I was already half way through one spicy parcel when our guide delivered an array of durian treats - including cuts of  the king of fruits himself. I’d grown up with durian making the occasional appearance, but still wasn’t sold on it unless in ice-cream form so of course our guide found that. 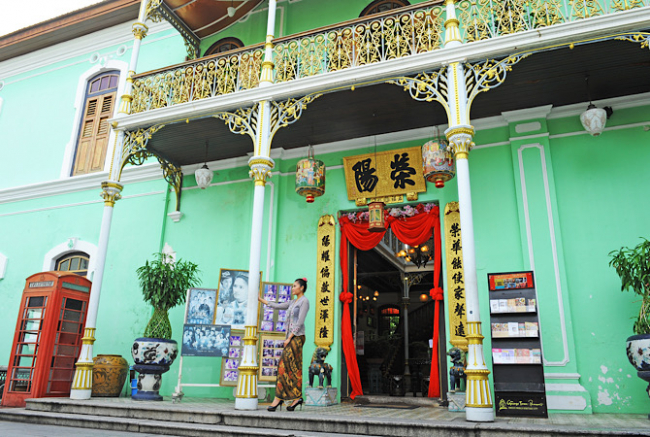 It was now almost 40 minutes since breakfast and we’d wandered along the Chinese shophouses in George Town, resting briefly in the covered walkways. It’s teatime, of course, and one cannot possibly down an iced Teh Tarik (milk tea) without nibbling on a little something. The warm, Chinese doughnuts somehow both crispy and chewy will do. We pretend the red bean paste inside is protein, so we’re basically keto, right?

It’s not lunch time by a long shot but we’ve passed someone selling otak-otak, so soon everyone has to have a taste. The classic Nyonya dish is best described as a fish custard steamed in banana leaves. But it is the favourite of the guide and soon most everyone else. 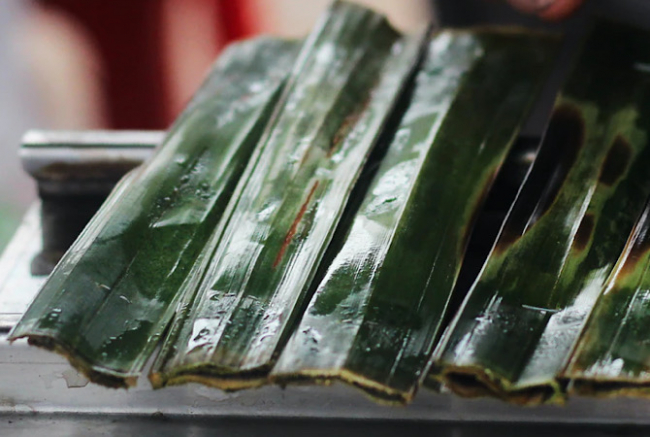 We measure distance by dish here. From our hotel, it’s just a four dish stop to some of George Town’s famed street art. Here we lose ourselves in a culture played out on buildings, not within them. Until our guide reminds us of lunch. 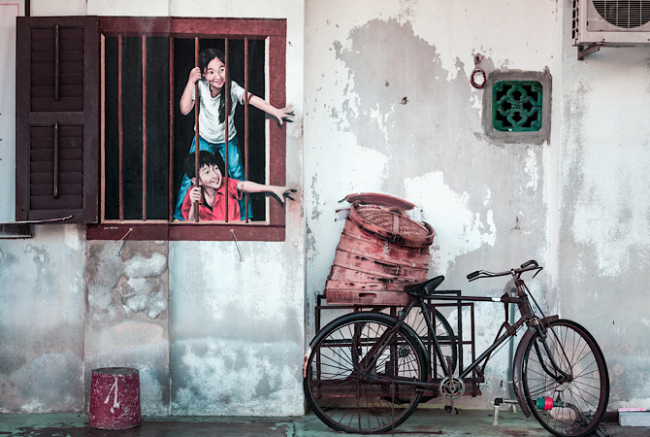 But here’s the quandary. Tonight we’re going hawker hunting in some of the major hawker centres (Gurney Drive, Sri Weld Food Court, New Lane), and while we’ve given up on pacing ourselves, we want to try as much as we can.

We can’t decide and separate, looking for different nasi (rice) dishes. There’s nasi kandar or course, but wanting something a little healthier I’m after nasi lemuni, a dish traditionally eaten by new mothers and said to aid digestion. I don’t have to go far (is there anything you can’t find on Armenian Street) and soon am eating the greyish rice and accompaniments before hitting the streets again.

There are few places in the world where you can walk from Buddhist temple to Hindu, from Christian church to mosque. In George Town, the city’s culture, its architecture, its diversity is like the tables you see at its hawker stands: part Malay, part Chinese, part Indian, part European, each mixing into the other to create something uniquely Malaysian. 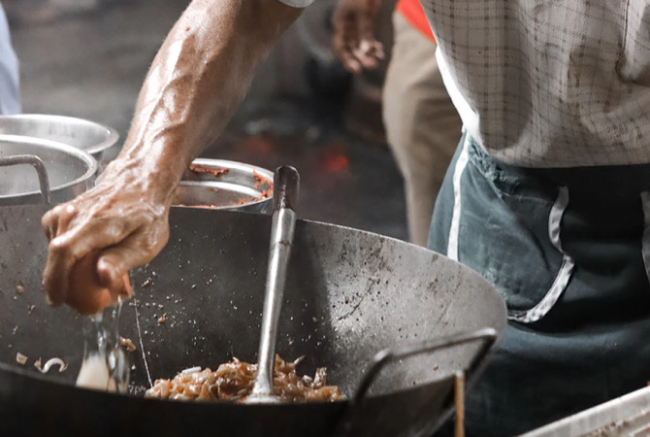 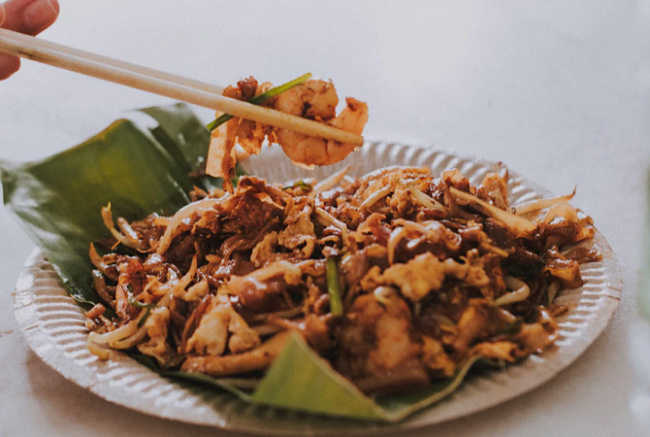 It’s not funds we’re worried about. You don’t need to spend a lot to eat big here, and despite how it sounds, dishes aren’t massive so you can try a bit of everything. But do we bother with a hotel buffet breakfast? 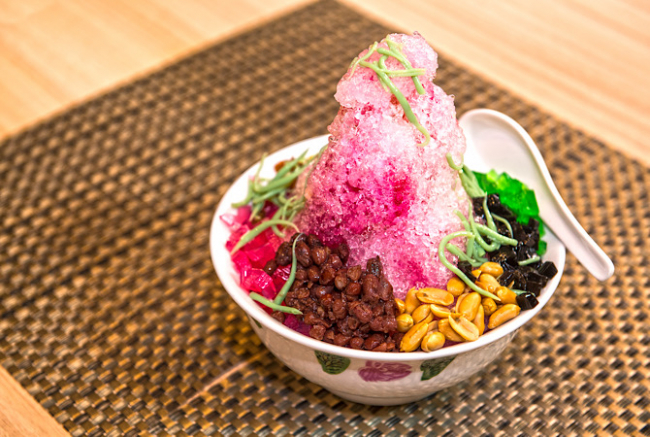 We settle on an early pre-breakfast breakfast in the hotel and nasi lemak outside. We’ll just walk everywhere to burn it off, we say, as the ais kacang arrives. And maybe hit the gym.

To get a taste of Penang and beyond, head to www.malaysia.travel.