When Sin City lives up to its name

Before you head to Vegas, be prepared to see the weird as well as the wonderful

What happens in Vegas should sometimes really stay in Vegas, especially if tales revealed on a recent online forum are anything to go by. Yes, the town nicknamed Sin City thrives on its decadence, and the good times visitors have there, but sometimes, some revellers take it too far.

In response to a question posed by Reddit user ‘stahls94’ asking Las Vegas workers what the “craziest sights” they’d seen were, LV staff disclosed what it’s really like to be a fly on the wall in the Nevada town – and some of their observations weren’t pretty, with drunks racing wheelchairs down escalators and romantic rendezvous in hotel hallways just the beginning. 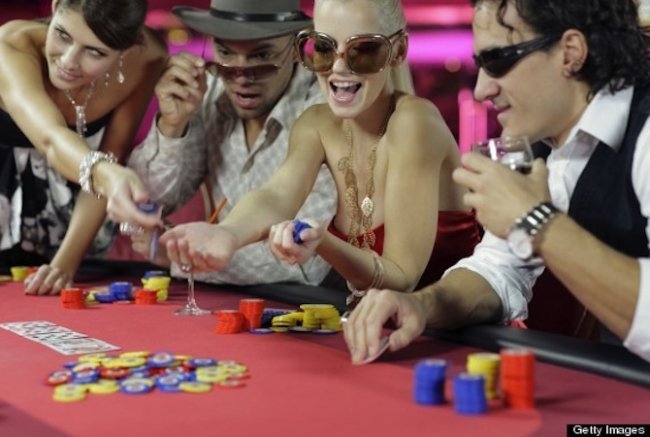 Here are some of the weirdest, and worst, moments of the forum, per the Daily Mail, which attracted some 1,500 responses:

- RenttheJoe saw adults bringing their toddlers out on the strip at 2am.

- RockinJoeSchmo had a male gambler running ask him if he would accept cash for his gold wedding ring.

- Mustard-Tiger said he witnessed people dressed as characters Darth Vader, Jack Sparrow and Captain Morgan having breakfast together in McDonald’s.

- _Ryman_ revealed that a guy on the strip would let you insult him as much as you wanted for $5, while user Fivesided_fistagon said he saw a man on the Strip with a sign saying "kick me in the balls for $10".

- Pageplantzoso saw a man relieving himself in the middle of the road without even concealing his genitals. 'After a few seconds, with his other hand, he just waves me by, telling me to proceed,' the Redditor wrote.

- davidlee8282 wrote that a guy tried to sell him used lingerie/thongs that "strippers" wore, to which he responded by walking the “f**k away”.

- With some accounts of couples having sex in hallways, a Vegas lifeguard said he often saw pairs getting cosy in the pool.

- Other, even more graphic accounts spoke of rooms littered with rubbish and cocaine smeared $100 bills; and pools with prophylactics, vomit, and even syringes.

- On a happy note, user Jimeeg said he was walking next to an elderly lady who began singing the Pokemon theme song “start to finish at the top of her lungs. She was so happy when I turned that s*** into a duet.”

And where else but in Vegas is it commonplace to spot an Elvis impersonator and entourage walking the streets at 3am, or can you party under the Eiffel Tower and via an erupting vocano wake up in ancient Egypt, and do it all again the next night? That's why we still love Vegas.

Have you see anything extraordinary in Vegas?