A tourism trifecta in New Caledonia

The great thing about memorable travel experiences is that they can happen anywhere. On land, at sea, or even in the air. My last few days in New Caledonia have provided all three. 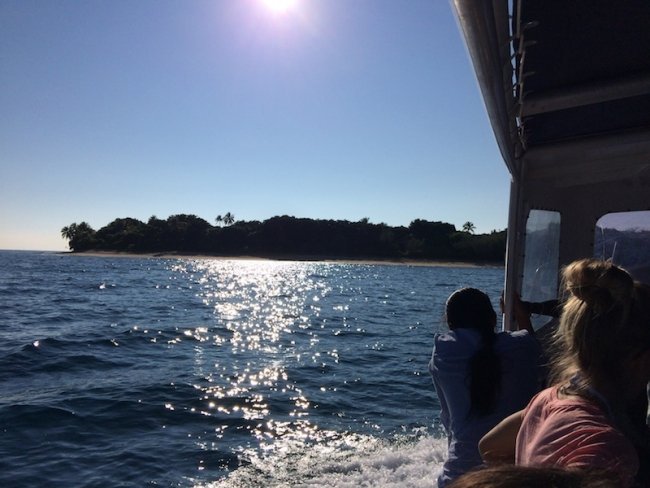 On our way to Hyega Island

In Hienghene in the Northern Province we joined William aboard his boat for a snorkelling adventure and bush walk on Hyega Island. The water around the island is clear as glass and thus offers the chance to see myriad varieties of colourful reef fish, the occasional turtle but sadly not the dolphins that are said to frequent these parts. My colleagues more experienced in underwater entertainment inform me that this is a seven out of ten spot.

Once the snorkelling is fin-ished (sorry), we head inland for the short bush walk. Priceline would be hard pressed to match the array of medicines and health supplements to be found among the flora found here and it seems every plant can be used to treat something. The trail has 24 vegetal species, including the ‘poop’ plant, which smells like its name but is good for the stomach. We spy the curiously named pomme de terre des vieux (Old Man Potatoes) and the ‘Walking Tree’, so named because its roots don’t touch the ground and this helps the tree ‘move’ in search of nutrients.

On the way back to shore, William points out several rocky outcrops which are said to resemble, in no particular order, an elephant, the Sphinx, a chicken and, somewhat bizarrely, Homer Simpson.

The Hotel Koulnoue Village is a former Club Med property that has been extensively modernised and offers the bungalow style of accommodation that is particularly prevalent in New Caledonia. Activities in the area include hiking, horse riding, canoe trips on the lagoon and catamaran cruises to meet with local tribes. grands-hotels.nc 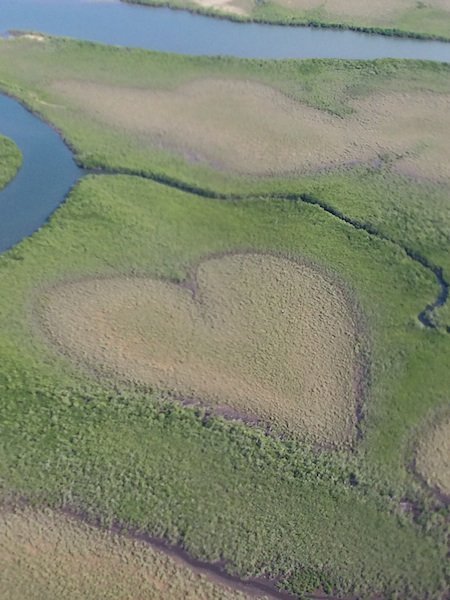 The Heart of Voh

The symbol of New Caledonia is the ‘Heart of Voh’, a natural vegetable formation of four hectares in a mangrove swamp that’s in the shape of a heart. And there’s really only one way to see it.

With the unmistakeable sound of U2 blaring in my ears, we take off in a two-seater Pipistrel light aircraft for a 45 minute flight from Kone to the Heart. The last time I was in a transportation vessel this small it was called a womb but the award-winning aircraft is remarkably stable and offers great views.

I’d need a paint chart to describe the various shades of blue, green and teal that make up the water around the world’s largest lagoon (New Caledonia is surrounded by a coral reef barrier 1,600 kilometres long). My pilot puffs gently on an electric cigarette and the wind beneath my wings is suddenly chocolate flavoured. It’s an almost surreal experience as we sweep low over the heart and even lower over the lagoon to see manta rays and the seemingly eponymous turtles. 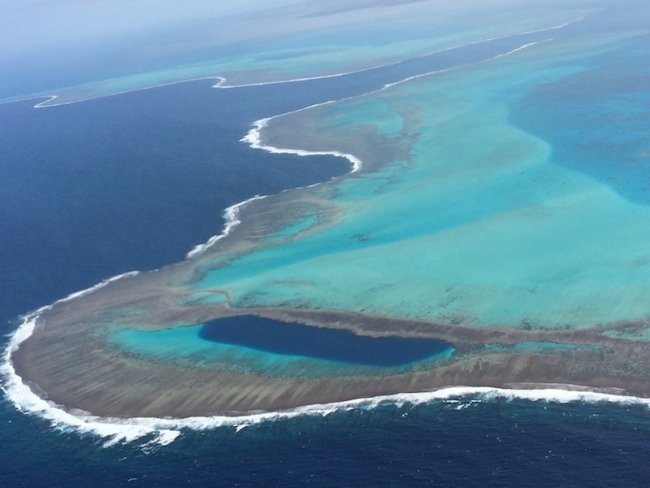 My pilot, Jean-Yves, also happens to run the best hotel in Kone with his charming wife, Cecile. The Hibiscus offers a package deal on accommodation and the flight and both are memorable. Remarkably unassuming from the outside, the Hibiscus is a jewel of a hotel, with influences spanning from the local Kanaks to Bali and even a touch of the orient.

There’s a hammam, a sauna, a couple of the rooms have Jacuzzis on the balcony, the cuisine is excellent and the whole place oozes style and sophistication. My room had the biggest shower I’ve ever seen in a hotel room – the Harlem Globetrotters could have bathed together without bumping elbows. hotelhibiscus.nc

My final treat in this tourism trifecta comes at the Sheraton New Caledonia Deva Spa and Golf Resort. Opened only two years ago, it offers five-star service and activities just outside Bourail.

One of the major drawcards is the recently opened championship golf course, designed by Cynthia Dye of the famous American family. Teeing off early in the morning with no-one else on the course, I cruise around in a couple of hours, admiring the layout and almost oblivious to the number of balls that are disappearing with alarming regularity into the knee-high rough.

But this is not a place merely for golfers – it also has plenty to keep the non-players happy as well. There’s a Deep Nature Spa with hammam, sauna and treatment rooms, kids club, activities aplenty including hiking and the chance to go out on a glass-bottomed boat, and the food and beverage offerings are everything you would expect of a top quality resort, perched on 13 kilometres of white sandy beach.

And let’s not forget the rooms. They have 180 in total, including rooms, suites and bungalows. Mine had the most comfortable four-poster bed, ample shower and bathing facilities – and square taps! sheratonnewcaledoniadeva.com 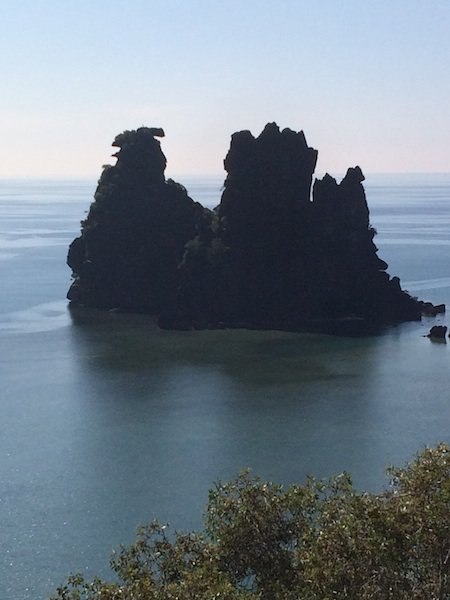 Chicken Rocks: can you see it?