The islands much closer than you think

Are Australians becoming disconnected from their neighbours? According to a survey by Jigsaw Research on behalf of social network site, Nado, only 50% of people said they’d recognise their neighbours on the street while less than one in five Australians (18%) were Facebook friends with those living next door. With this in mind, New Caledonia has launched a new tourism campaign that aims to encourage Aussies to embrace one of their closest neighbours; one that is closer than Fiji, Vanuatu and even New Zealand.

The first phase of New Caledonia Tourism’s (NCTPS) “Hello Neighbour” campaign was launched today and follows on from its successful ‘Have It All’ initiative, which saw visitation to the islands rise by 15%.

“After hearing about this long-term trend it made us think, if we don’t know the people living right next door to us, how well do we know the people on the next island?” New Caledonia Tourism sales and marketing director Caroline Brunel said.

New Caledonia on sale with Aircalin

With capital Noumea less than three hours from Australia, New Caledonia insists that it is the ideal long weekend getaway and the perfect opportunity to get to know the neighbours.

The Hello Neighbour campaign will see Australian-French personality Justine Schofield retained as destination ambassador, as well as a series of fresh new videos, a new-look website and outdoor advertising. 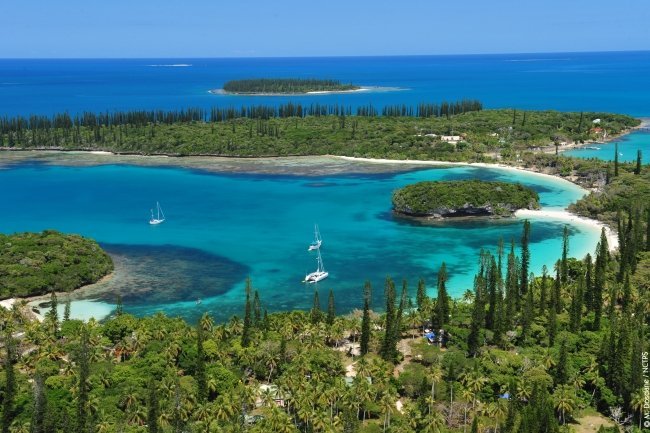 Phase one of the campaign, which will run until late September, will also include a competition to win the ultimate dinner, set in one of five spectacular locations within New Caledonia, and be rolled out in Australia and New Zealand over the coming weeks.

Phase two of the Hello Neighbour initiative, which primarily targets 25 to 35 and 55+ year old independent and active couples, will begin in November 2015.