For the majority of travellers, people - and personalities - matter most.

You probably know of the beauty of New Caledonia, but travel an hour or two north of cosmopolitan capital Noumea, and chances are you’ll run into some beautiful characters too.

For instance, at Pocqueureux Randonnees in La Foa, you’ll find a 60-something French Caledonian cowboy, who’ll sing you a tune or several as he steers you across his family’s mountains on horseback. A little further north in Bourail, Cindy Baronnet and husband Marc Levy, and their homestay at Nemeara Farm stand out. Cindy was a former policewoman and two-time Miss New Caledonia, while equally charming and affable partner Marc is an avid surfer, who lived for several years in Australia pursuing a dream of playing professional rugby league. Injuries put paid to that pursuit, but he left with memories of rubbing shoulders with the Meninga family (that’s Queensland legend, Mal), and other high profile league stars.

Now well and truly the farmer (complete with Stetsons), Marc was born on the Vanuatu island of Espiritu Santo to a New Caledonian father and Australian mother (from outback NSW), and as such speaks French, Bislama and English, all fluently. You may even get a French lesson or two while you’re here. 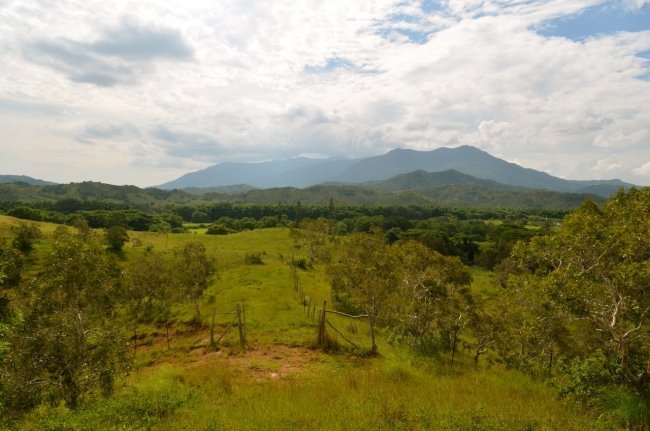 The Bourail region where Cindy and Marc’s Nemeara Farm resides is an area not dissimilar to an Aussie landscape and marketed to tourists as New Cal’s Wild West (though geographically situated in the island's east). The region still has a remarkable coastline, and the brilliant beaches you’d expect of a South Pacific island, especially around stunning Turtle Bay.

But it also has rich soil and rolling green hills, which are perfect for grazing. However, at Nemeara Farm, the livestock aren’t the only ones who eat well, as Cindy and Marc cook up a mean (and lean) authentic bush barbecue for guests, complete with locally grown pork and venison alongside traditional Kanak-style green leaves and pumpkin in coconut broth, and fruits, of course. New Cal’s Number One brand beer also flows. 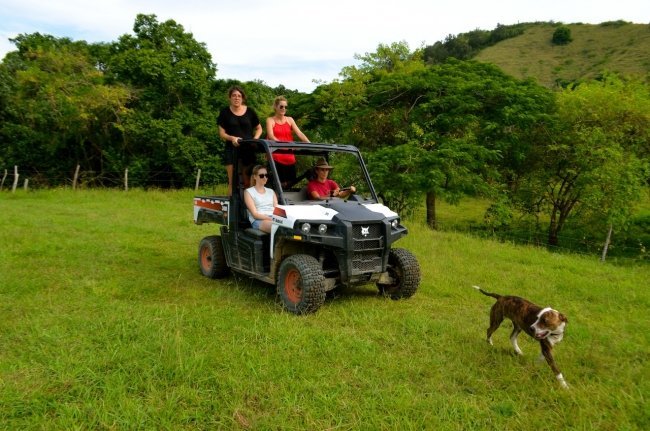 Getting around their large property can be done on foot. But a quicker and cooler way to see the sights is on the back of the farm’s bobcat. But hold on tightly as some of the terrain is pretty rugged. On your drive, you’ll likely come across plenty of horses and semi-wild cattle. But the landscape, which glimmers under a perfectly blue sky, is worth the visit alone.

Marc has also begun offering rustic surf stays by the beach. He’ll get some personalities there, but none as big as those grown here. Come and meet them. Where else to stay?

What else to do?

-Close to this, the historic Fort Teremba museum, a former fortress and penal facility.

-Further south still, Distillerie de Boulouparis, where you can stop in for a passionfruit liquor and much more on your way to or from Noumea.

Have you checked out our new Aircalin Incentive? All you need to do is book a flight with Aircalin and you'll be in the running to WIN A HOLIDAY for you and a friend!