WITH THE traditional swapping of ceremonial gifts and a warm welcome from the local Kanak chief, delegates were welcomed to the 2016 ‘Rendez-vous in New Caledonia’ workshop in Noumea.

Traveltalk was one of only two Australian media outlets invited to the event, staged at the architecturally impressive, Renzo Piano-designed Tjibaou Cultural Centre. Some 55 local tourism operators were on hand to talk to the 30 wholesalers from Australia, New Zealand and Italy who attended the second edition of the workshop. 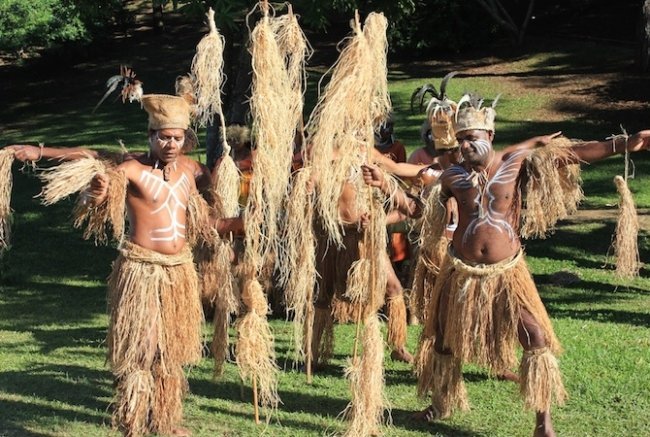 Last year’s inaugural event was a major success in spreading the tourism word about New Caledonia and what is has to offer. This year an increased number of hoteliers, tour operators, airlines, activity organisers and transport providers were on hand to continue the drive to increase tourism numbers from Australia and around the world.

Attendees heard that the destination has enjoyed record visitor numbers in recent years with 110,000 arriving in 2015, leading tourism chiefs to hope for a figure of 120,000 this year. Visitation from Australia is also on the up, with the past two years seeing increases around 15 per cent. Last year, 21,000 Aussies made the short flight across to New Caledonia.

“The unique culture of the Melanesian people is a major selling point for this destination, particularly in the Australian market,” said Jean-Michel Foutrein, Head of New Caledonia Tourism. “We are a big country with a great diversity of product and great connectivity with increased flights from Melbourne.”

After the welcoming ceremony and a stirring musical performance from a tribal group, the business of tourism got underway with buyers enjoying a full day of face-to-face meetings with the assembled operators. Soft adventure activities and niche products, such as golf, cycling, hiking and sailing, were well represented, aimed at the destination’s target markets of couples aged 25-35 and those aged 55 and over.

“This is just a fantastic window to showcase the variety and diversity of suppliers that we have,” said Caroline Brunel, Sales and Marketing Director, New Caledonia. “It’s really encouraging them to do more for New Caledonia and step out of the regular packages that you can find everywhere else. It’s giving them a chance to position themselves slightly differently.”

Ms Brunel also revealed to Traveltalk that the destination is planning a virtual reality campaign, launching via an app at the end of July. There will be 12 different vignettes, highlighting activities and experiences in all the key regions, such as Noumea, the Isle of Pines, the Loyalty Islands and the Northern Provinces.

“Virtual Reality is a big buzz word in tourism at the moment and we are really excited about this project. We are doing it to alter the perception of New Caledonia. People in Australia have an image of New Caledonia and they think it is just another Pacific Island.

“What we are trying to offer with the VR campaign is a fully immersive experience where people will be able to do and try unique experiences themselves. We also want to convince travel agents to use it to showcase New Caledonia to their clients. It’s about going into the depth of knowledge about the destination and getting people to understand we offer much more than a simple Pacific Island.”

As with last year’s tourism road show, members of the public were also able to meet the suppliers, with concerts, dance shows, weaving and sculpture workshops all part of the entertainment. So will the event return in 2017?

“I don’t know if we’ll do it on a yearly basis,” Ms Brunel told Traveltalk. “It depends on how the demand grows and the feedback we get from our wholesalers at the end of the event.

“But I think it’s important to get people in destination on a regular basis and tourism is becoming so much more important in New Caledonia. It’s something which is happening at both a government and provincial level and everybody is really starting to embrace it. I predict there will be a lot more changes in coming months and years.”