Saddling up with a French New Caledonian cowboy

He breaks out in song as we cross another peak. “It's a Long Way to Tipperary, it’s a long way to go…”. Up next is “What do we do with a drunken sailor…”, followed by “Oh my darling, Clementine”.

The tunes are in near perfect pitch, but their accent is thick French. The troubadour is 60-something Raymond Guepy, who together with younger brother Daniel, operates a horse ranch and property in La Foa, around 90 minutes north of Noumea, New Caledonia. 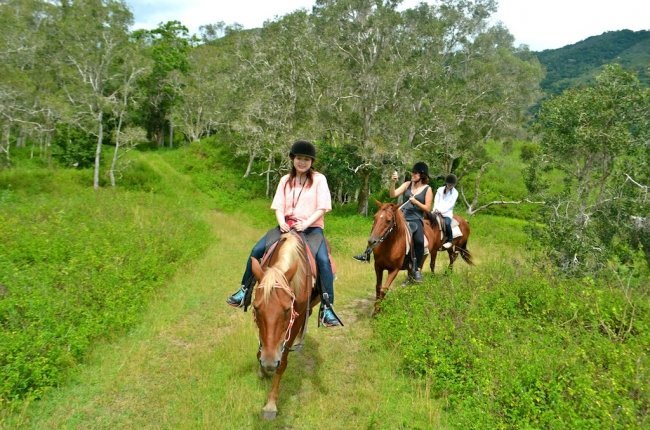 Horse riding tours at Pocqueureux Randonnees vary from two hours to a full day, with the latter including a picnic style lunch. They're also looking at starting overnight journeys soon, such is the positive feedback they’ve received.

But the common thread in each tour, though obviously not a formal component, is Raymond's song, which includes a wide repertoire of oldies – in multiple languages. Next up is a Spanish classic, I’m told. Raymond oozes charm, and is best described as a New Caledonian cowboy, or stockman. And in britches, wide brimmed hat and languid swagger, he resembles John Wayne, minus the machismo.

Unlike Daniel, who owns the property, Raymond doesn’t actually live on the ranch, instead residing somewhere between “here and Noumea”. But it’s obvious he feels right at home on this huge property, leading horseriding tours around Pocquereux’s open hills and wooded troughs, through rocky creeks and past Australian-looking flora (like eucalyptus trees) and sometimes fauna. As we turn another corner, Raymond points out a ‘bill-a-bong’ (in French drawl). Perhaps it’s that contentment that leads him to sing. 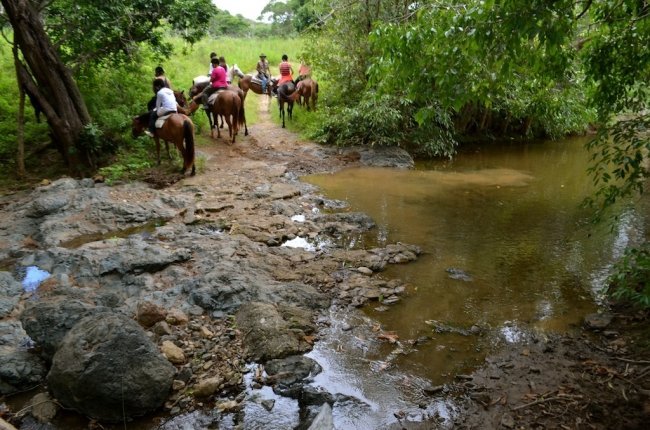 Aside from showing the occasional turn of speed (i.e. trot), my horse is well behaved. Called ‘Serena’ (“like Serena Williams”, Raymond says… and I wonder if she's named so for her muscular rear end), she does stop for a lot to eat, but on a warm day like today, I’m more patient with her than perhaps Raymond would like me to be. They know who the nice people are, and they'll take advantage of them, he articulates.

After our short ride, and a parting rendition of “Yankee Doodle”, we’re welcomed home with a delicious lunch consisting of wild venison and boar, root vegetables gratin (a tasty local specialty), green and fruit salads, and cold drinks. With Daniel’s culinary skills, it seems Raymond’s not the only one with a hidden talent.

What else to do? While en route to La Foa, pop into the small, rustic Distillerie de Boulouparis, where several oils are produced such as sandalwood, grapefruit, and especially paperbark. You can also try some of the homemade passionfruit liquor. 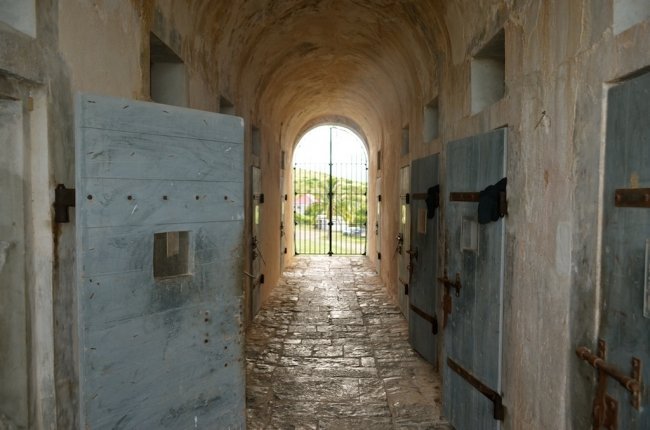 As you travel further north, check out the historic Fort Teremba museum, a former fortress and penal facility. Working off the original foundations, most of the site was restored in the late 1980s, though some of the old buildings and walls remain. 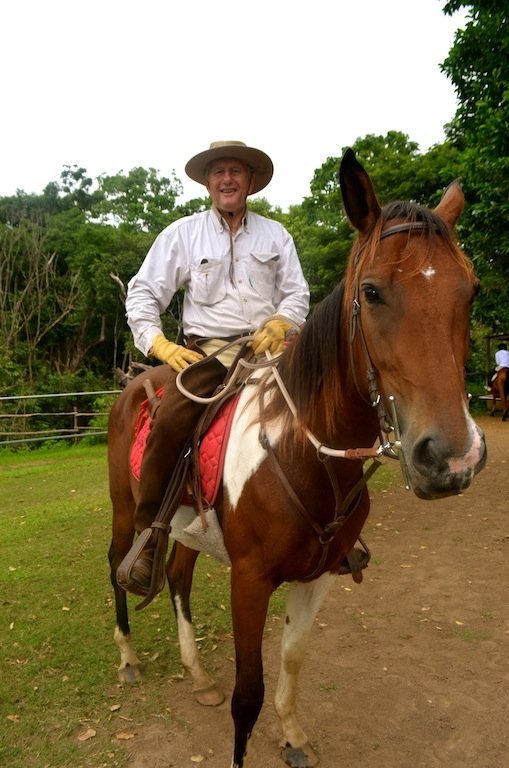