Straight from the heart of New Caledonia

Like many would-be young aviators, I built model aircraft as a lad. I’d paint them and hang them from my bedroom ceiling, poised in various acts of aeronautical trickery and derring-do.

For some reason this vision of toy planes flashed before my eyes as I arrived for a 50-minute scenic flight over the world’s largest lagoon. 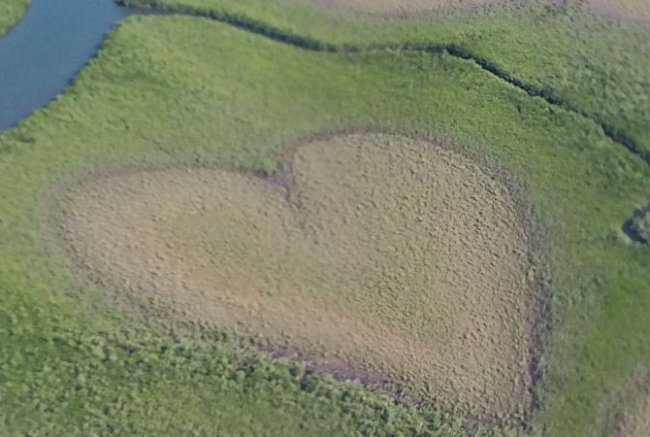 I was in Kone in the North Province of New Caledonia and about to climb into a two-seater Pipistrel light aircraft. Specifically, we were heading up to see the ‘Heart of Voh', a remarkable heart-shaped patch of vegetation in a mangrove swamp that has been adopted as a symbol of the French territory.

My pilot, Jean-Yves, was an extremely affable and laid back kind of guy, the type of man you want flying a plane that’s about as big as a Prius. He assured me that the Pipistrel had been certified by NASA as the world’s best aircraft. I replied that the last time I was in a transportation vessel this small it was called a womb, but we got along anyway.

With the unmistakeable sound of U2 blaring in my ears, we took off and immediately I was struck by how fast yet remarkably stable the little plane was. Not only that but it handled like a dream, turning on a sixpence to offer terrific views of the terrain below.

I’d need a paint chart to describe the various shades of blue, green and teal that I saw beneath me (New Caledonia is surrounded by a coral reef barrier 1,600 kilometres long). Jean-Yves puffed gently on an electric cigarette and suddenly the wind beneath my wings was chocolate flavoured. We swept low over ‘the heart’ and even lower over the lagoon to see manta rays and the seemingly eponymous turtles.

Whether it was all the twisting and turning (or the Cadbury-scented faux cigarette), but by the end of the trip I was somewhat glad to get back on terra firma. But it was a remarkable experience and if you’re ever in these parts, a flight over the heart will certainly get yours racing.