MARK HARADA visits a New Caledonian kitchen where guests work for their food, and gladly

It’s not all about the food in New Caledonia. But it mostly is. So where do you start a culinary tour in a country whose Gallic roots demand some pretty high standards? A great way is to head to Lezard House, a bed and breakfast with a difference, on the outskirts of capital Noumea.

Sonia Claver and husband Christophe Lange opened their BnB around six years ago, when they decided to use the land they had at their disposal. “I said to myself, I have to do something with this land,” Sonia tells me on her estate. 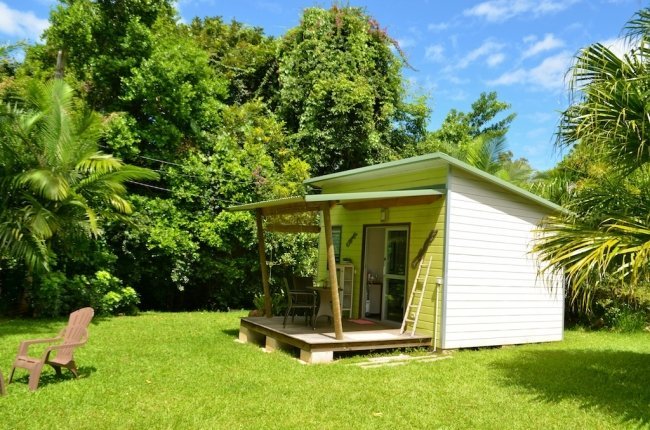 The three bungalows and self-contained unit that make up the accommodation are comfortable, modern dwellings, which blend in well with the forest landscape. But it is in the kitchen, where this property truly stands out.

Utilising their homemade produce as well as Christophe’s skills as a chef, the pair began offering cooking classes two years ago, and now host guests the world over in their outdoor, rustic, but well equipped kitchen. 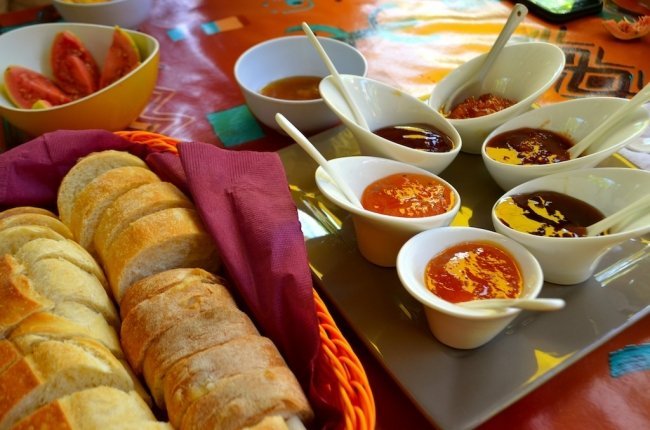 Today, we’re welcomed with refreshments like locally made coffee, lemon juice and lemongrass water, as well as delicious homemade jams and baguettes only the French (or New Caledonians) can produce.

As we dig in, we’re given an introduction to some of the common ingredients used in these parts (and in today’s feast), including huge avocados, papaya, guava and several other tropical fruits. There’s also homemade honey and Sonia’s favourite ingredient, vanilla. 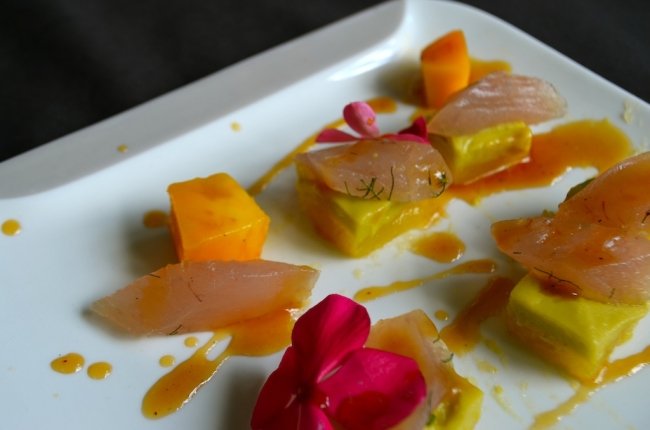 But backup is called when the serious business arrives, that is, the cooking lesson. On this sunny afternoon, we have French chef Olivier guiding us through an entrée of wahu sashimi, avocado mousse and mango dressed with a sweet soy sauce; another Olivier (and again, French) instructing us on a main course comprising boiled chicken (or ‘roulette’ in French, which sounds much better) stuffed with a freshly made pate and slices of marinated venison served on a papaya risotto; and Christian, who shows us how to create a dessert of fresh coconut milk, fruit, and ice cream with fern pieces (a local delicacy, and delicious) all wrapped in a banana tree-like leaf.

The food is almost all locally grown, and much of it, on the Lezard property itself. It’s more important than ever to know where you’re food is coming from, Sonia says. 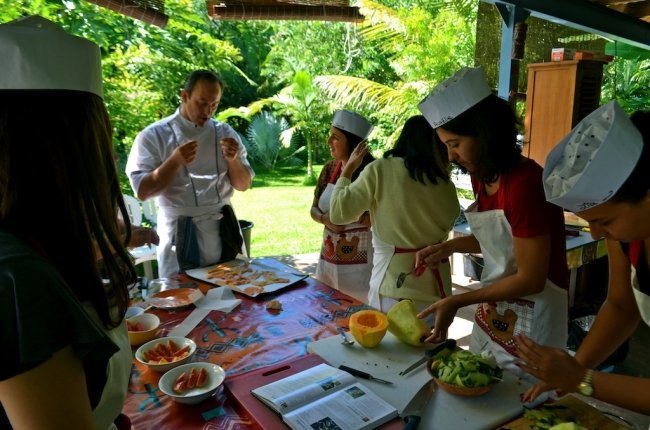 Afterwards, comes the eating, where all gather (chefs included) to taste the fruits of their labour – with a glass of wine or beer, as the mood requires. And the property’s friendly dogs know to arrive now too.

As a food experience, this is hard to beat; it’s totally hands on and with passionate teachers who even double as French tutors.

And one of the best things, according to our hosts, is there are no dishes to do. Or at least not for us. 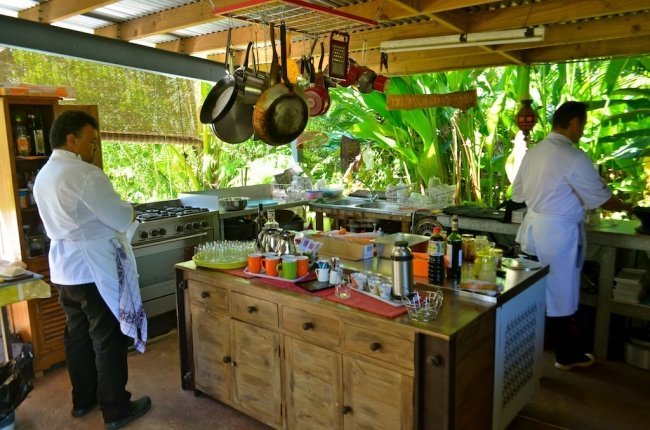 The writer was a guest of New Caledonia Tourism.