Could a wooden bong be Australia’s next BIG thing?

Upon hearing a town is named Woodenbong, chances are even the not very imaginative among us conjure up images of, wait for it, a wooden bong. But this resident of Woodenbong wants his town to think bigger. Much bigger. 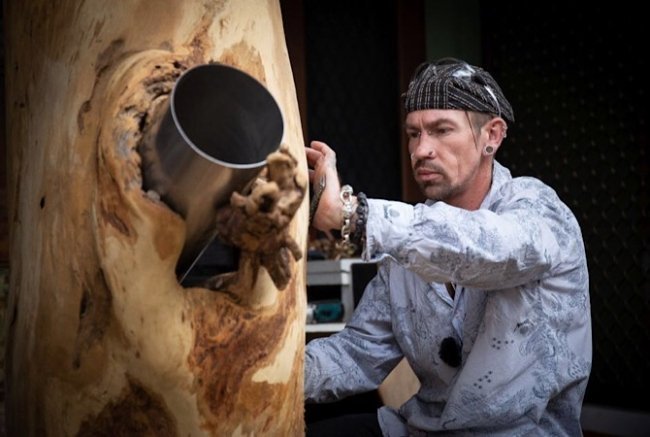 A bong, according to the Oxford English Dictionary (and Vito from my high school days) , is “a water pipe used for smoking cannabis or other drugs”. Pearson has been making bongs “all of my life”.

"I've made them out of dolls, plastic lobsters, vases, exhaust pipes, everything,” he told the ABC.

Upon moving to Woodenbong, just south of the Queensland border, he tried his hands at making mostly ornamental wooden bongs (because "normally [bongs] wouldn't be made out of wood because of water rot”).

But Pearson has a bigger dream, a dream which he believes “people from all over the world share”.

"Tourism is our only option for survival of this dying village," he said.

But shockingly not everyone sees merit in his plan.

Githabul elder and Woodenbong local Gloria Williams said the town's name “has nothing to do with a bong” and was adapted from the local Indigenous word Ngandgung-bunj, which she has been told means "place of the platypus".

"We've got enough natural beauty here, we've got beautiful landscapes and mountains. We don't need anything else man-made."

Other locals don’t like the reference to drug culture, but Pearson remains undeterred.

"I don't think I need to convince people, it's pretty obvious," he said.

"The comedy factor speaks for itself.”

"It's an unfulfilled prophecy. It has to be played out."

It remains to be seen if south-east Queensland town Humpybong will beat Woodenbong to the punch.