How I travelled the world without leaving Sydney

From above, even Dorothea Mackellar would be forgiven for mistaking the “wide brown land” of South Africa, with its own “sweeping plains” and “ragged mountain ranges” for home.

I miss her, South Africa. She’s just my type - if you can have a type in geographic love. And as we walked the boardwalk above the lions at Sydney Zoo, there she was: South Africa. This wasn’t some well meaning attempt to recreate home for the lions and their African compatriots, this was the vast and beautiful Western Sydney Parklands. 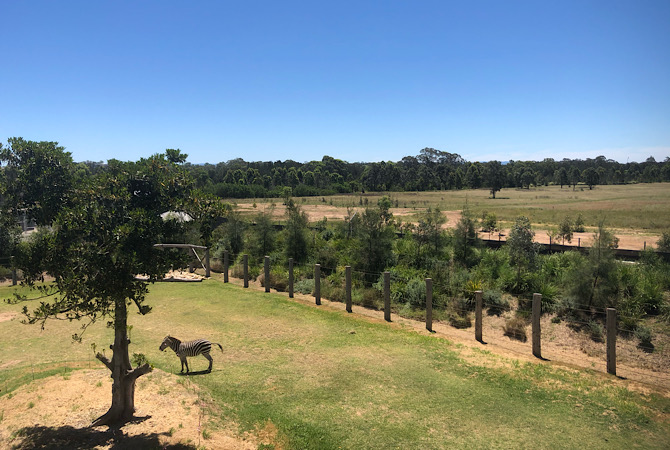 And it looks like home to Virunga (named after the oldest national park in Africa) who sits high above his lion brothers, surveying his territory. “He’s the alpha,” the ranger tells us.

The four lion brothers are like the Beatles or the Ninja Turtles. Everyone has a favourite and that favourite reveals a lot about the person. Karoo is McCartney. My favourite is Sheru. He’s the tortured artist, the smallest, but smartest of the brothers.

It’s Karoo we meet up close as part of the zoo’s animal encounters. The only big cats who live in groups, this little pride reminds me more of dogs than cats. But there is a grace about them, despite their impressive size, that reveals their feline heritage.

It’s a hot summer day when we visit, and Kavi and Ashoka, the zoo’s new bull elephants are spending most of it in the water. They’re like human kids, splashing each other and wrestling. The otters are my daughter’s favourites, or maybe it’s the capybaras or the wallabies or the meerkats or the bats. Either way, we are only able to drag her out as the zoo closes with a promise to return. 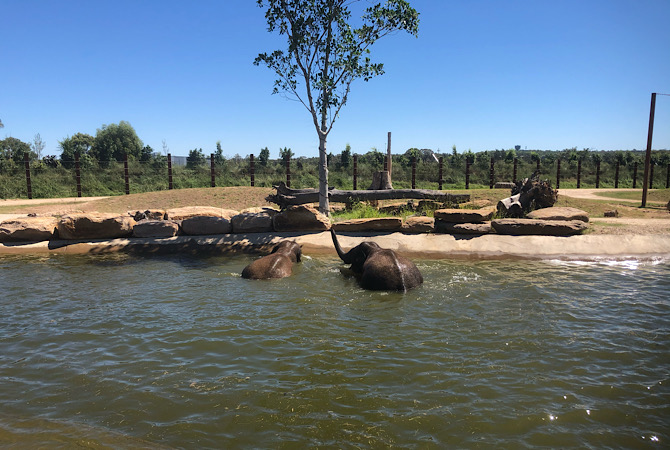 It’s an easy day out with kids. We’re told to leave aside 3-4 hours to explore the zoo. It’s a manageable size, but if your kids are out of pram age and you don’t think they’ll make the full walk, strollers (as well as wheelchairs and mobility scooters) are available to hire. You can bring your own picnic lunch or get a good feed at the many refreshment stops, which I thank designers for camouflaging so well with the rest of the zoo buildings. Some children can spot an eatery a mile away and have the unique ability to ask for an ice cream seventy times in sixty seconds. The food options are great for vegetarians and vegans (particularly love the veggie nuggets for kids)! 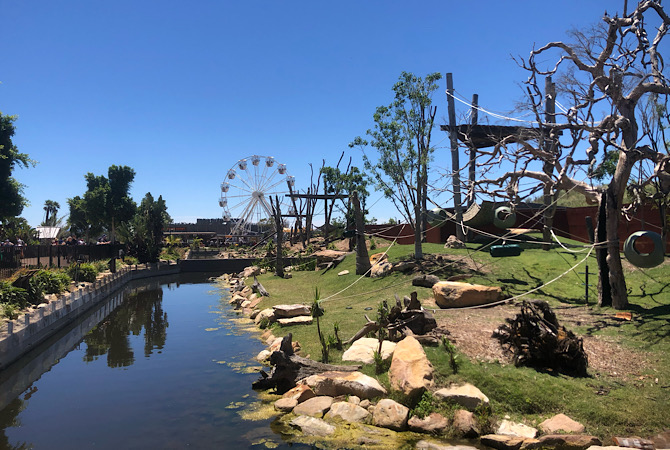 There is also a ferris wheel (great for setting up a meeting point and taking in the zoo from a different view) and a designated kids zone complete with play area and kids petting zoo. 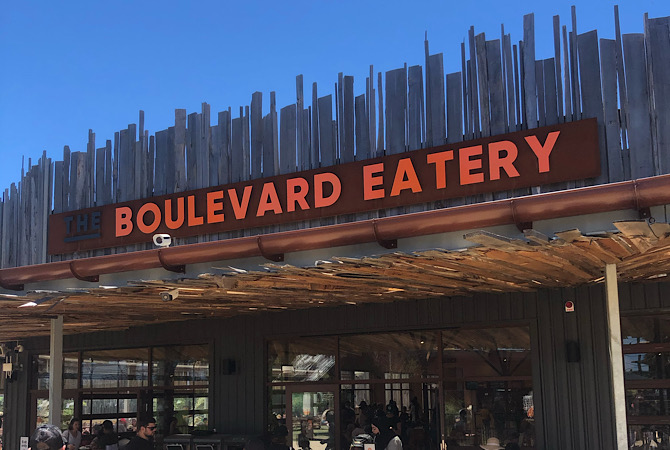 Living up to its manifest to educate, the zoo is well signed and offers a number kid friendly animal encounters. My only warning is that the zoo is one of the best gift shops I’ve seen. Where else can you find soft toy otters and painted African dogs and capybaras and meerkats? And that is the story of how I found an otter in my daughter’s room (next to the capybara of course). 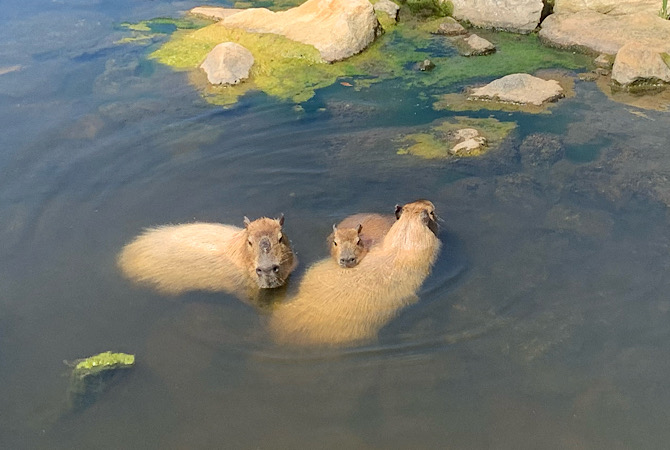 Trapped as we are with our current closed borders, at Sydney Zoo you can walk from Africa to Australia via Asia in an afternoon and come away with a desire to explore the world and its fauna as soon as we can. But in the meantime, Sydney Zoo is a great way to end the school holidays so that when kids go back to school they can actually say they went somewhere.

Located on the Great Western Highway, Sydney Zoo is easily accessed from the M4 and M7 Motorways and has free on-site parking. For more information, head to https://sydneyzoo.com/.