Traveltalk’s JON UNDERWOOD gets a special preview of a new Australian attraction that’sbeen 240 million years in the making. 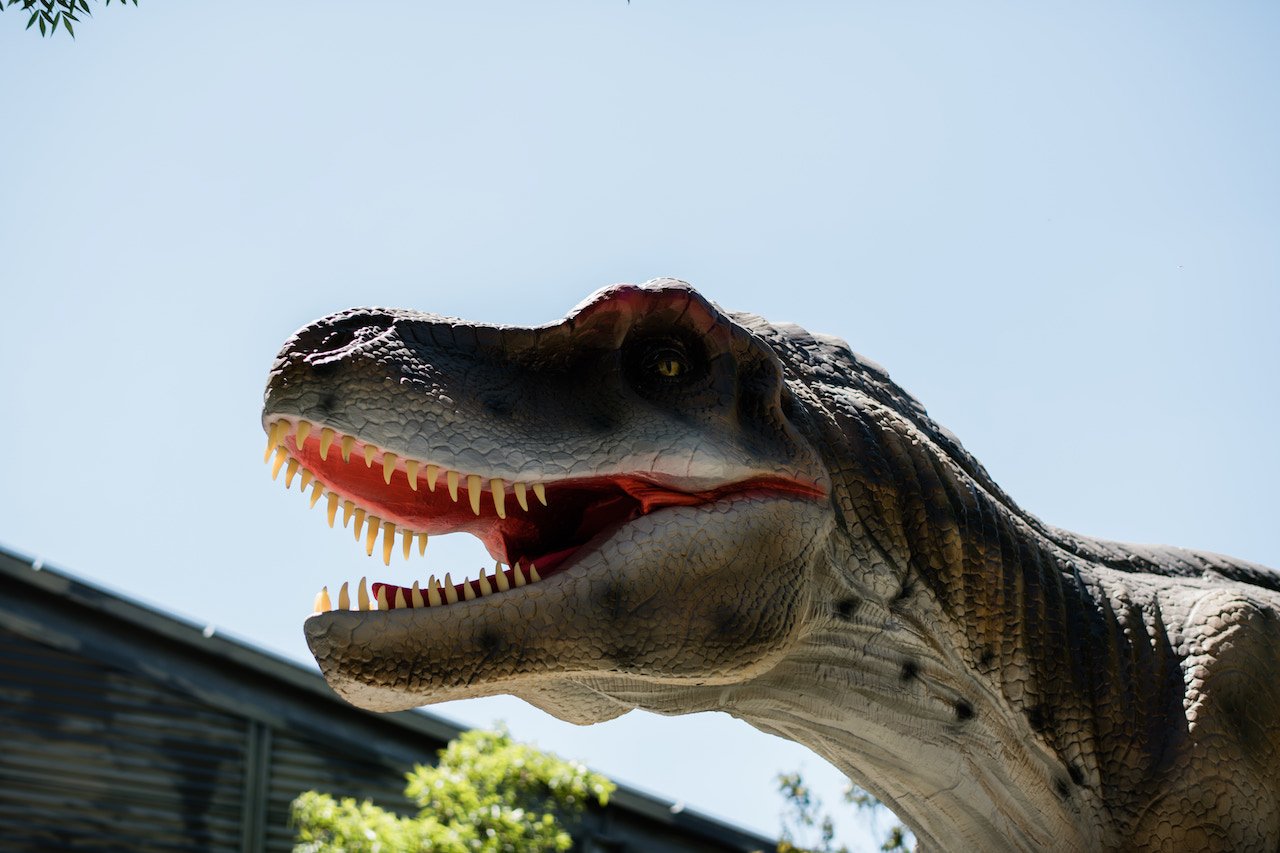 Einstein once wrote that insanity was doing the same thing over and over and expecting a different result.

Someone really should have told the people behind all those Jurassic Park movies, which never ended well for the human population. “An accident waiting to happen” is how Jeff Goldblum’s character describes it in one of the films.

Fortunately, there’s a way we can interact with these giants from another time that doesn’t involve loss of limbs, or for Sam Neill to come to the rescue.

Following a successful season in 2018, Dinosaur Valley is returning to Scenic World in theBlue Mountains outside Sydney. I was invited to a special preview of the attraction, which will be open until January 31. “It’s been a very tough year for Scenic World and for tourism in the Blue Mountains so we’re very excited to see Dinosaur Valley up and running,” said Amanda Byrne, Scenic World’s Chief Experience Officer.

“We’ve had to make some changes due to COVID restrictions but we’d like to think that the changes we’ve made have actually improved the experience.

”Our descent into the Jurassic rainforest begins via the Scenic Cableway, the steepest aerial cable car in the Southern Hemisphere.A scary beginning, but fortunately there were no screams to alert the giants lurking below...

One of the reasons the attraction was such a hit back in 2018 was the location, which replicates the flora that would have existed when dinosaurs roamed the world.

New for 2020 are the Dino–Rangers, who now guide the tour from beginning to end, offering extra information about the life-sized creatures dotted around the rainforest. 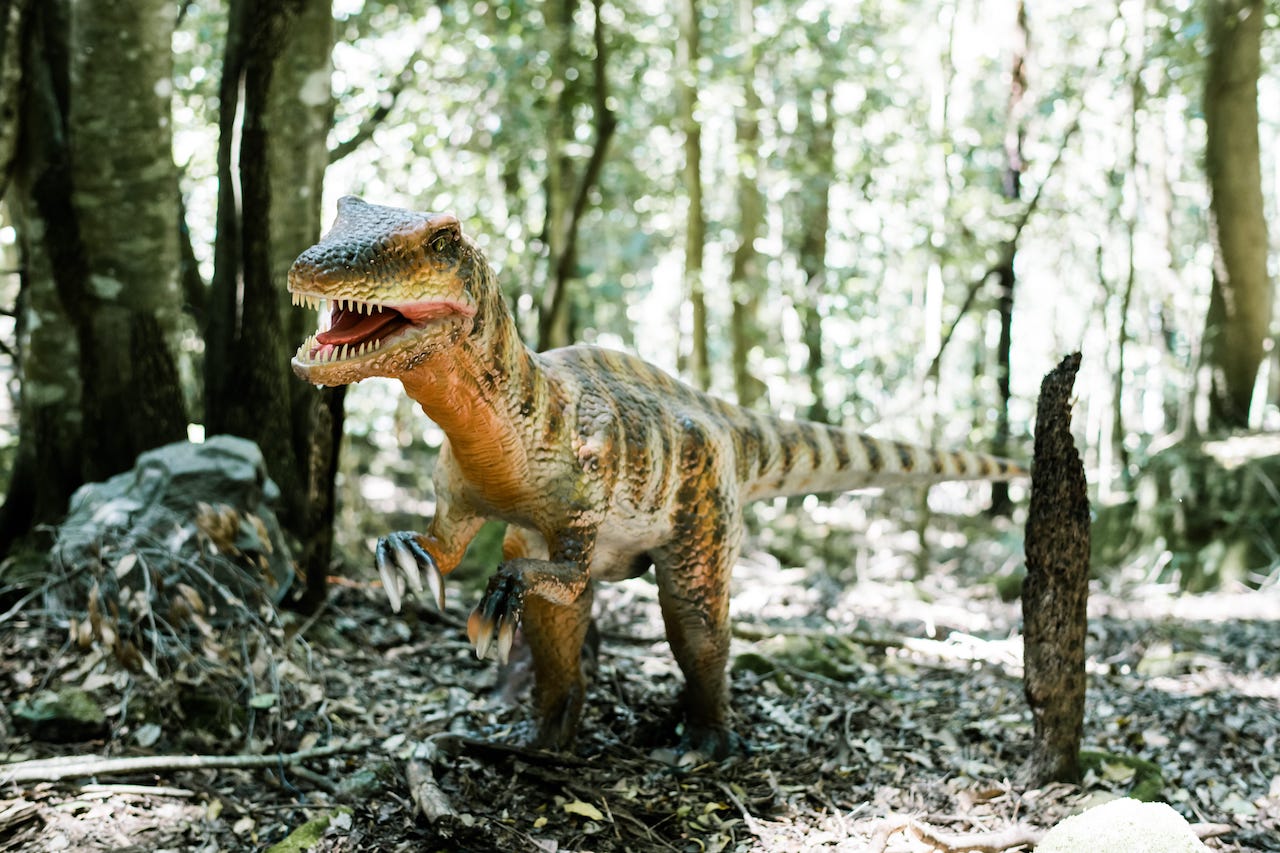 A walk through Fossil Valley reveals the footprints of a young Stegosaurus, who was clearly running from something. As we turn the corner, Velociraptor remains anda T-Rex skull are revealed. No wonder he was running!

But the highlight of the tour is the life-sized animatronic dinosaurs that appear on both sides of the boardwalk that snakes its way through the foliage (in a smart move, they’ve kept the omnivores andcarnivores on separate sides of the path, just to avoid temptation...).

You’ll see favourites like the Triceratops, a fully-grown Stegosaurus and the Maiasaura, which apparently had the speed of Usain Bolt. But there are also the dinosaurs that once called Australia home.

Creatures like the Minmi, a weird-looking herbivore that lived in Queensland, and the Australovenato, our version of the Velociraptor, and known as the cheetah of the dinosaur world, capable of 30 kilometres an hour.

A walk through the egg hatchery brings the tour to a close, with our trip out of the valley courtesy of the world’s steepest railway. We go up in reverse, a fitting end to an entertaining journey back in time. 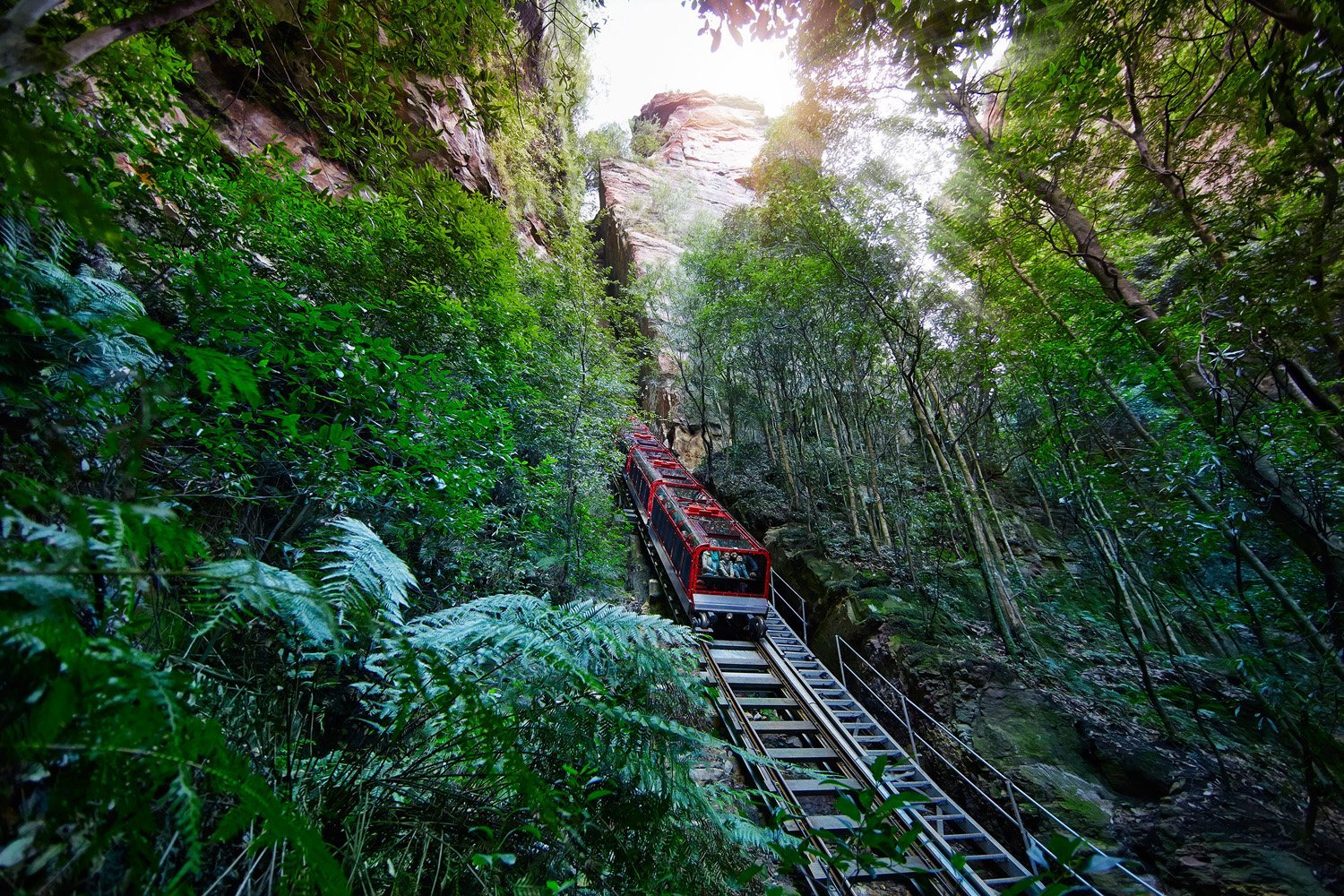 While dinosaurs may be extinct, the exhibits in Dinosaur Valley clearly have a vital role still to play in providing a much-needed tourism boost to the region.

“We hope people will be more comfortable to venture out and do experiences like this, particularly with the level of COVID-safety we have here,” adds Amanda.

“What makes it so unique –and I know lots of people have seen dinosaur exhibits before –is we have this beautiful, pristine Jurassic rainforest and seeing these dinosaurs in their natural habitat is quite spectacular.

“We are really hoping that Dinosaur Valley reignites people’s interest and love for the Blue Mountains and gives them a reason to come back. Tourism is the major industry up here and a lot of livelihoods rely on it.” 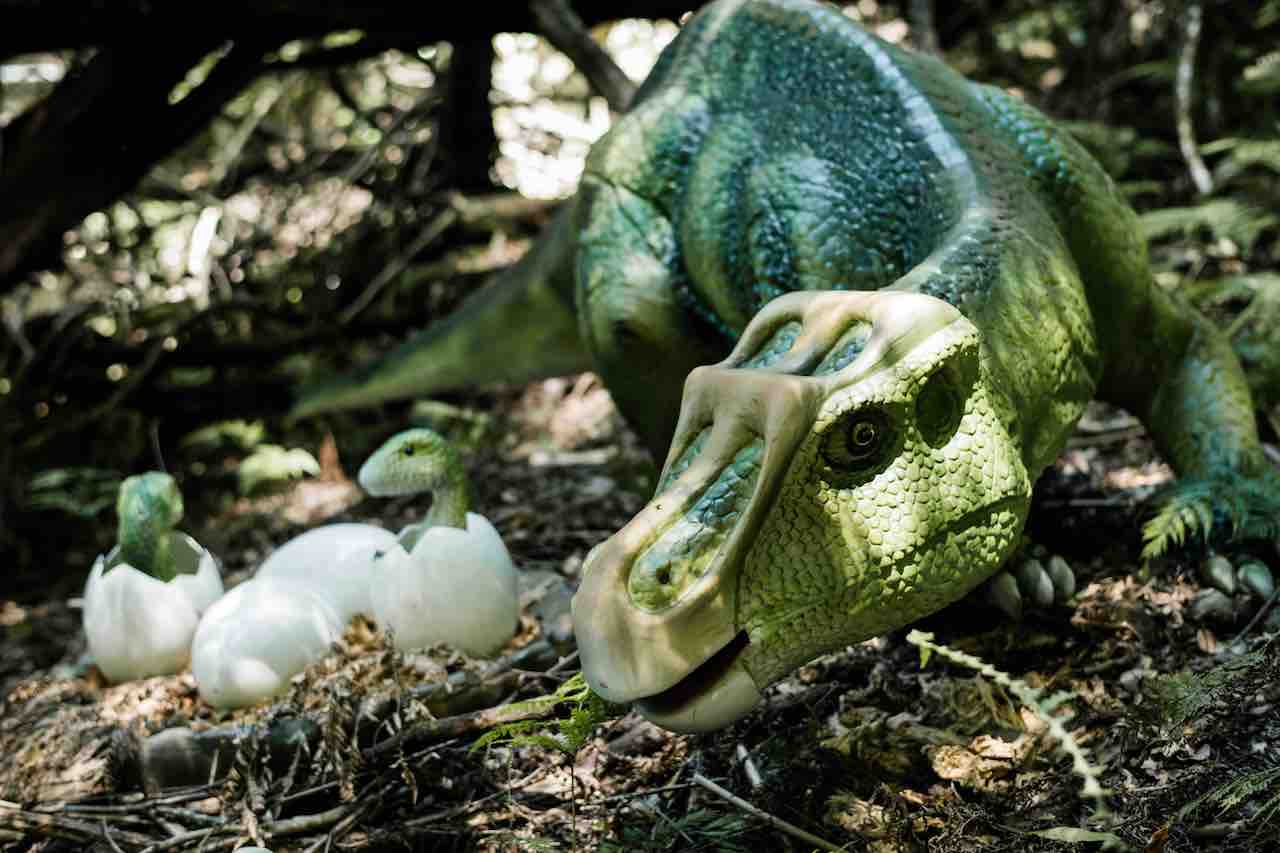