The Sapphire Coast has a hidden gem, and this is it

Bega's the big cheese in these parts. But there's a tastier bite close by.

It took me some four decades to see a wombat in the wild. It took about two minutes to see my second one. It was shortly after nightfall. We were on the final approach to Giba Gunya Cottages, just west of Bega NSW, when we saw the first dark clump, ambling by the side of the road. Amazed, we came to a halt for a closer inspection, before the creature disappeared into the blackness from which it came. 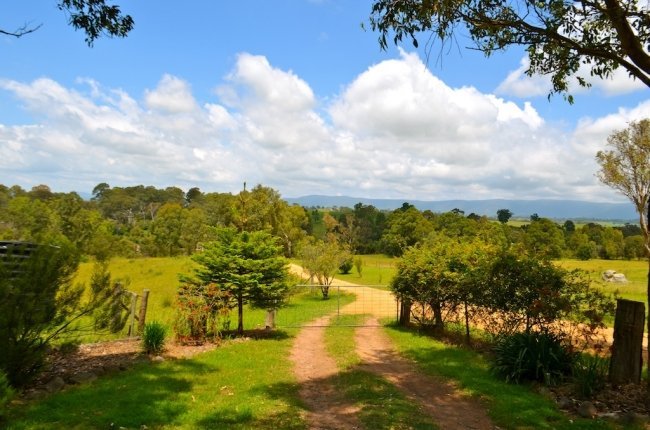 The second wombat appeared literally at the entrance to the farmstay property. Both my companion and I were left stunned (in the best possible way), but we discover we needn’t have been.

In the morning, the owners of Giba Gunya, Jon and Roz Raward, tell me dozens of wombats will call in on their property.

“We take it for granted now,” Jon says. Obviously, their guests don’t. But the wildlife at the pet-friendly Giba Gunya estate goes well beyond wandering wombats.

Jon tells me visitors to the beautiful property, which is located around 30 minutes’ drive from Bega, close to the hamlet of Bemboka, can also expect to encounter wallabies, kangaroos, echidnas, and a myriad of birds including gang gang and yellow tailed cockatoos.

“You’ll see something in the grass … and then suddenly, hundreds of finches will fly away,” Jon says. 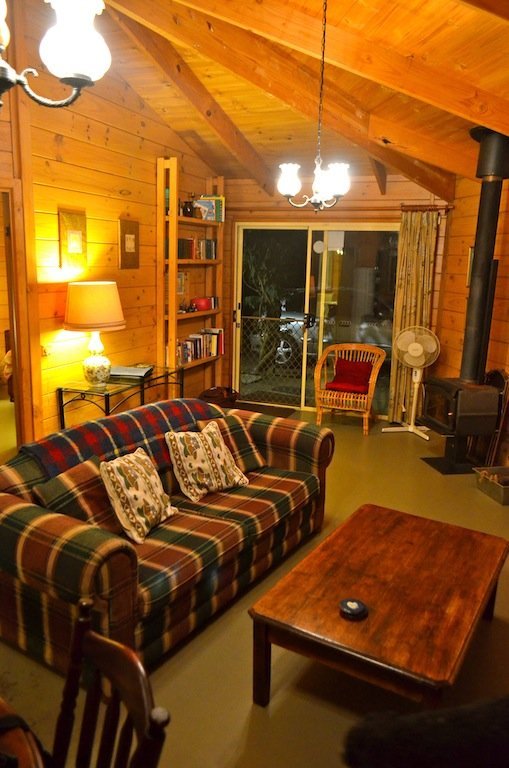 Guests may also even spot – as we think we do circling above – one of the world’s largest birds of prey, the wedge tailed eagle.

“They’re probably eying cats,” he jokes, as he explains how their road was once part of a well-known bird watching route.

All of this isn’t to mention the domesticated animals on the property, which include cows, chickens, a goat named Harry, and arguably the stars around here, dogs Charlie (the chocolate Labrador) and Misty (a kelpie cross). 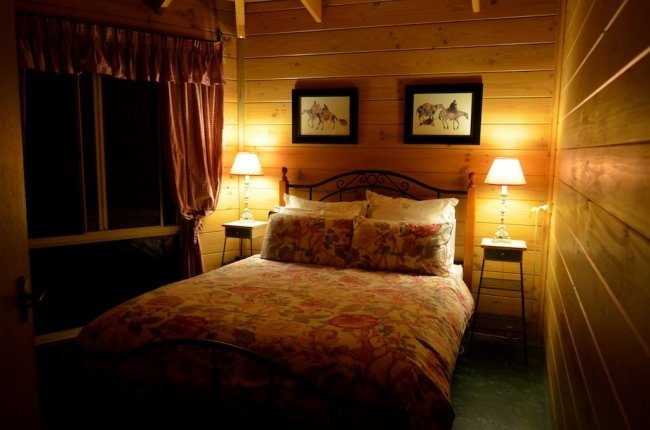 “Misty and Charlie know they’re not supposed to come inside, but if they think they can get away with it, they’ll come in,” Jon explains.

Translated “stone shelter” from a local indigenous language, Giba Gunya comprises two charming cottages: one made of pinewood and one of yep, stones. But these aren’t any ordinary rocks, but boulders from the nearby river, which Canberra artist Ray Barnett and wife Beatrice used to build the homesteads before Jon and Roz came along 12 years ago. 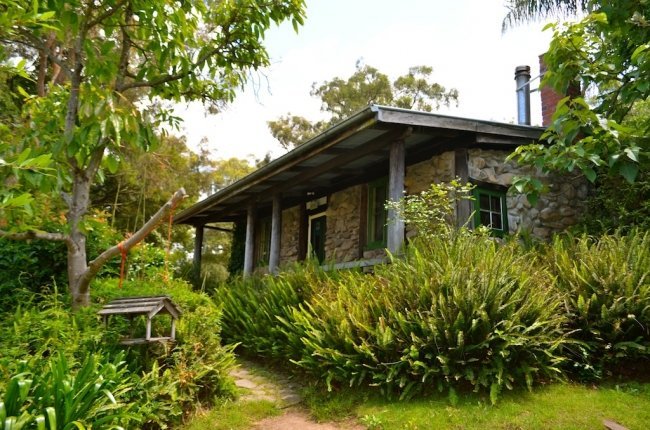 Inside the former, which is our abode for this visit, there’s plenty of space for children and of course, pets. Oozing a rustic charm, the large living room features a comfy sofa, wicker chairs, log fire and dining area; running off this are two bedrooms and the bathroom, all tastefully fitted. In the adjacent kitchen, shelves are stocked with breakfast provisions including the best homemade bread I’ve ever tasted and eggs unmistakably homegrown.

Outside, grape vines, from which Jon makes juice, hang over the verandah, obscuring a quaint garden and yard. Beyond that, behind a wire fence, reside a variety of trees bearing apples, apricots, plums, peaches and more. And of course guests can help themselves to the fruit, provided they’re in season, Jon says, sweetening the deal even more.

Freshly picked fruit, stunning views, comfy quarters and abundant wildlife: we’ll be back, as will the wombats.