New York City: To see or not to see

Tour the World's host Adam Ford checks in from NYC with tips on how to get the most from your bite of the Big Apple. 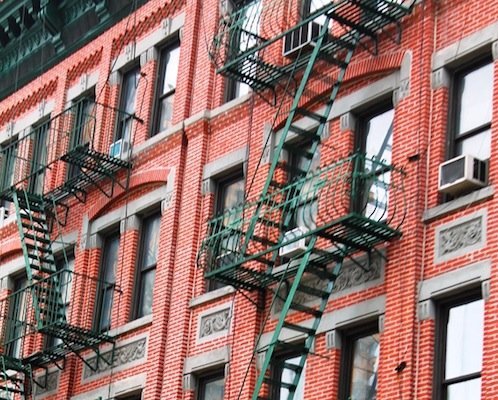 To see or not to see, that is the question for every tourist in New York.

The Big Apple (an early 20th century horse racing colloquialism and absolutely nothing to do with pink ladies or the like) is second only to London and possibly Paris in terms of the sheer number of attractions on offer in one city. And with limited time (not to mention money), every choice must be carefully weighed up and assessed. ‘If I decide to walk the entire length of the High Line, will that still give me enough time for brunch in the village, a semi-circle on the Circle Line and an afternoon visit to the Met before my front row seats to Annie? Hmmm, that’s probably pushing it.’ But with steely determination you do it anyway. You have to. This is New York, and the pace never lets up. You can take a holiday from your holiday when you get home.

With all that in mind here are some are some tips from our recent visit that may help you plan your perfect sojourn in the city that never sleeps.

The New York Pass – worth the money?

With good planning - absolutely - especially the seven-day version. With most museums and attractions averaging around $30 USD admission for adults and the AUD lagging behind, it won’t take long to rack up quite a saving if you aim for at least two included attractions per day. All the attractions covered here are included in the pass unless stated.

Do a hop on hop off bus? 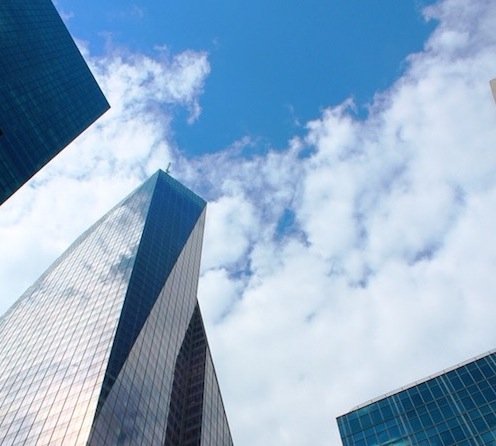 With your pass in hand you’ll need to get around and Gray Line New York’s hop on/hop off buses will take you pretty much anywhere you want to go. It seems that you’re never more than a metre away from a hop on/hop off bus ticket seller in this city. They’re everywhere. So buying a ticket is not an issue. There are three loops to choose from and you get to see a lot of more of the city than you do travelling by subway.

However, my top tip here is planning. Don’t get stuck at one end of town in peak hour when every tourist in Manhattan is trying to get back to their hotel at the same time. The worst spot to be at this time is Lower Manhattan. Be out of there by 3pm at the latest and well on your way back up town.

The Empire State Building or Top of the Rock? 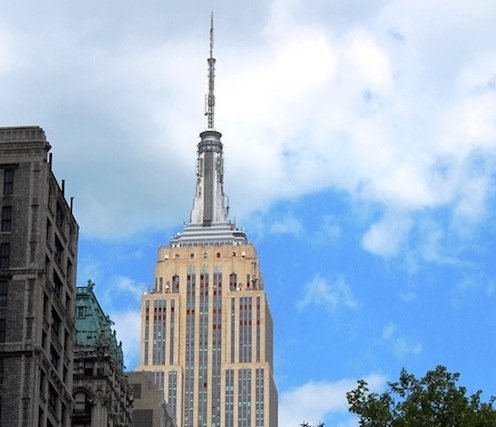 We’re caught between a rock and hard place on this one, as the Empire State Building is a cherished New York landmark and deservedly so. But in all honesty, the observation deck atop the Rockefeller Centre’s GE Building in Midtown wins hands down. The crowds are handled far more efficiently, there’s more room at the top, and the views are just as spectacular (including straight down Central Park, which you don’t get at the ESB).

PS. If you do the Empire State Building, do not be tempted to go the combo on the New York Skyride (located in the building). This simulated flight around the city is well past its use-by date and the extra time it will take can be put to much better use elsewhere.

Which museums and monuments? Again, this is pretty tough. There are around eighty museums to choose from in New York, but that does mean that there really is something for everyone. We chose MOMA for our art fix and we weren’t disappointed. I’m no art connoisseur, but there were enough Picassos, Monets, Warhols, Pollocks, Gauguins and Van Goghs to keep me oohing and ahhing for a good two or three hours. The design shop is nifty too.

To learn more about the city itself we tossed up between the New York Historical Society and the Museum of the City of New York. We settled on the latter based purely on its location on Museum Mile. It was excellent. We also took in the wonderful Lower East Side Tenement Museum (sadly not included in the New York Pass, but well worth the $22 admission) to learn more about the perils faced by the city’s early immigrant population who lived in appallingly cramped conditions. Ironically a renovated tenement apartment is now one of New York’s most sought after addresses. 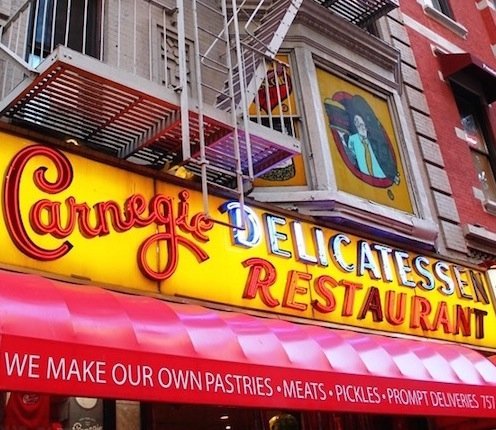 What’s the best option for your quintessential New York deli experience? Most of our guides rated Katz on the Lower East Side more highly than the Carnegie Deli in Midtown, but we did the latter as it was closer. It was great. You’re packed in cheek to cheek with the locals, chowing down on giant gherkins and the most extraordinary pastrami sandwiches you’ve ever seen. One between two will definitely suffice, and leave enough room to squeeze in a slice of New York cheesecake. You probably won’t need to eat again for a week - a great way to save on your holiday food bill!

The best way to see the Statue of Liberty? 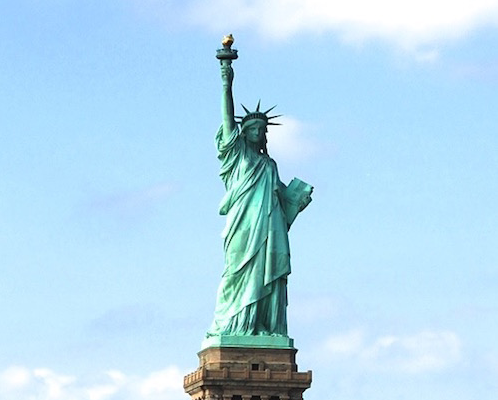 Ms Liberty, the Roman goddess of freedom, is high on everyone’s list of must see sights while in New York. There are lots of options, including the free Staten Island Ferry. We opted for a drive-by (make that sail-by), with a two-hour Circle Line Ferries Semi-Circle cruise included in the New York Pass. In a word, fabulous!

The cruise goes down the Hudson River from Pier 83, right past Ellis Island and Liberty Island – giving both sides of the boat a good look, before chugging off up the East River past Lower Manhattan, as far at the United Nations. Seat yourself on the right hand side of the boat. The views of the statue are slightly better and on the return leg of the cruise you also get closer views of the various Manhattan landmarks.